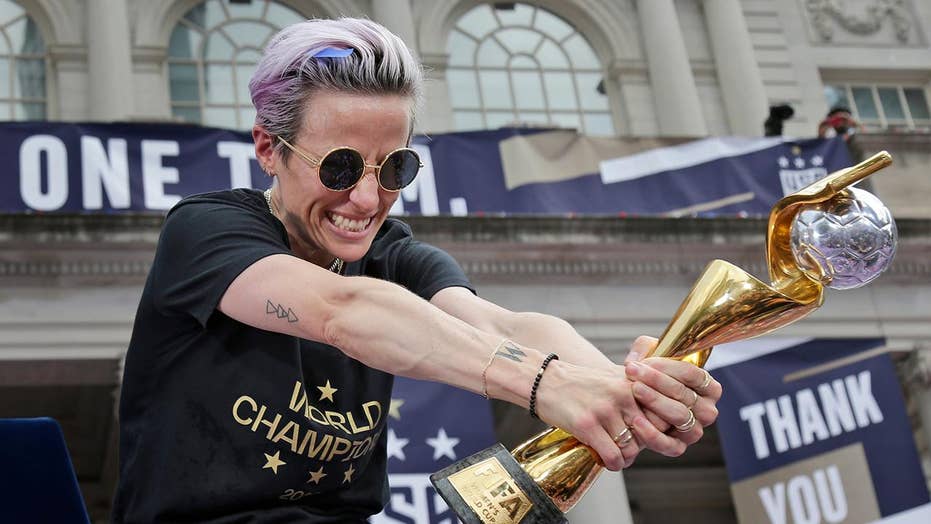 Celebrations become political battleground; Raymond Arroyo has this week’s edition of Seen and Unseen on ‘The Ingraham Angle.’

Soccer superstar Megan Rapinoe offered her 2020 endorsement to Sen. Elizabeth Warren, D-Mass., on Friday, for "being bold and being real."

"I truly believe the best things in life are a result of being bold and being real," Rapinoe tweeted. "I’m proud to endorse Elizabeth Warren today, for being bold, for being real, for listening to ALL of us, and for being prepared to navigate the unique challenges we face today as a country."

The two-time Women's World Cup winner and Olympic gold medalist shared a video that showed her having a phone conversation with the progressive candidate.

"I just want to call and say thank you," Warren told the star athlete. "We need you in this battle."

"Oh my gosh, of course," Rapinoe reacted. "I just don't think we could get to a better place by walking this moderate line so, I appreciate you being out front and being big and bold with that."

Warren went on to congratulate Rapinoe for being named Sports Illustrated's "Sportsperson of the Year," calling the achievement "fabulous and well-deserved."

"You get out there and you both lead your team on the field, but you also help lead America off the field and that's really important," Warren told Rapinoe.

Rapinoe has been an outspoken critic of President Trump, famously saying she would boycott any visit to the White House if invited by the president.