Close, but not quite good enough.

Yes, Melbourne City were undone by a wonder goal and a defensive error, but to suggest they were unlucky against the Newcastle Jets would be generous.

Despite the fact they won twice in the Hunter Valley in the league this season, they never really looked likely – despite taking a one-goal lead early in the first half – in the match that really mattered. 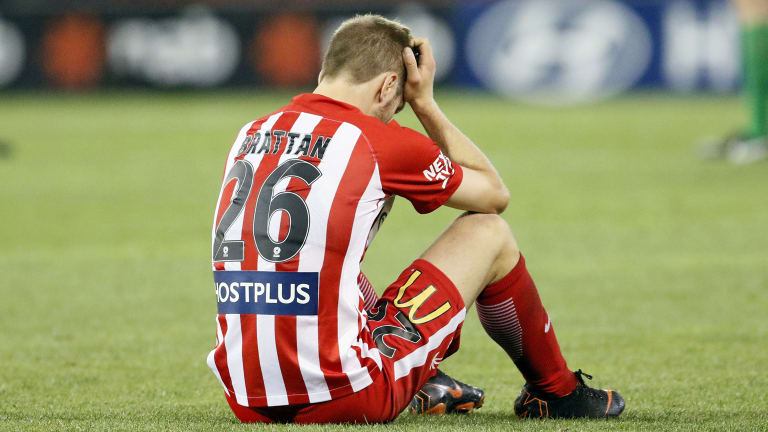 So coach Warren Joyce, the club's hierarchy and the playing group, at least those who will be staying – must regroup and plot as to how they take the next step forward.

It was an unsatisfying end to what has been, on the whole, a season of progress.

City finished in their highest ever league position (third), kept a record number of clean sheets and conceded fewer goals in a regular campaign than ever before, a tribute not just to the players' abilities but to the way Joyce has coached them.

Still, the gap between Sydney and themselves is too great – a whopping 21 points – and there is much that needs to be done if City are to close the gulf.

City are not bad at the back, although they may have missed the steadying influence and experience of injured captain Michael Jakobsen for the semi-final.

Young full-back Nathaniel Atkinson has come on greatly since being given a chance, while Harrison Delbridge should only improve after half a season. Joyce probably does, however, need to bring in reinforcements for the likes of Manny Muscat and the long-injured Iacopo La Rocca, who still has a year on his deal.

Dean Bouzanis showed character to win back his spot in goal and, in general, his foot skills and build-up play are what City need to play out from the back, although he had one of his less certain nights against the Jets.

Up front, the trio of Daniel Arzani, perhaps the brightest young talent in the league, Bruno Fornaroli and Dario Vidosic is a mixture of skill, technique and know-how and should be able to improve as they play together next season.

It is perhaps in midfield – and on the bench – that City need to invest. Luke Brattan has improved this year, but neither he nor Oliver Bozanic offer much of a goal-scoring threat. Osama Malik has been solid rather than spectacular when tried in the midfield holding role for much of the campaign.

On the bench, Nick Fitzgerald is an honest contributor, but Marcin Budzinski, the Polish marquee man, never offered much. Ross McCormack, the on-loan Scottish forward from Aston Villa, made a big impression but he is unlikely to be seen back in Melbourne.

When Joyce arrived in July last year, he presented a contrast to former boss John Van't Schip. Whereas the latter was a smooth-speaking internationalist, Joyce was a nitty gritty disciplinarian from the north of England, one with extensive experience in the talent factory of Manchester United's youth system.

The Lancastrian made his intentions clear from the start: he had been tasked with toughening up the mentality of the dressing room, improving City defensively, boosting their competitiveness, changing the culture around the club and bringing on youngsters.

He has succeeded in all areas. His biggest challenge was handling the confrontation with Socceroos legend Tim Cahill, who was demanding more game time. Joyce didn't feel he was able to make a regular 90-minute contribution, Cahill disagreed, but the club backed the coach, as it should have, and the legend departed for England and his first home, Millwall.

Joyce was, understandably, raw in the aftermath of the defeat.

''I’m frustrated, disappointed, upset for a lot of people at the football club. But we’ve got to take it on the chin, dust yourself down and look at the positives for the season," he said.

''The first goal [Riley McGree's equaliser] is fortunate to say the least.

''The second goal is a mistake from Malik, who is possibly one of our better players in the night. It's frustrating for him because he’s such a good lad and a good pro. He’s got to dust himself down from that and move on.''

In the end, he said, it was Newcastle's experience and the lift they got from the home crowd that made the difference.

''They just managed it that bit better. Those challenges, tests, they happen in your career or happen in games. You can look back on them and learn from them, grow from them.

''Throughout the season, we’ve had instances and we’ve got to be better [but] it’s different in a normal league game than a semi-final.''

City have fallen at the penultimate hurdle three times in four years, but Joyce said that was immaterial.

''We’ve got beat from a fortunate goal and a mistake. There’s not massive things wrong,'' he said.

Overall, Joyce believes some gains, but nowhere near enough, have been made.

''We’ve moved towards some of those parameters. We will assess and plan for the future.

''It’s not that we’ve been completely outplayed by the top teams. We’ve had moments in games where we’ve looked really good.''

Sadly, the biggest night of the season wasn't one of them. But with City's resources and desire, and Joyce's tough-minded approach, few would bet against them bouncing back hard next season.