Melbourne United captain Chris Goulding will return to spearhead the club’s title defence after re-signing for the next two years.

The 29-year-old Australian Boomers guard was a free agent and could have spread his wings and chased an NBA or European deal but instead he has opted to remain at Melbourne as the team prepares to battle in a much-changed NBL landscape next season. 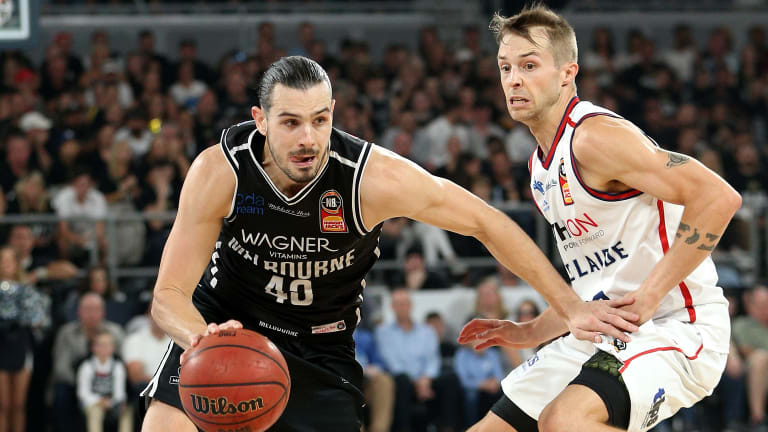 Chris Goulding has signed a two-year deal with United.

While Goulding led Melbourne to the championship and claimed the Larry Sengstock medal as grand final series MVP just a few weeks ago, several sides have made big moves since free agency has opened, led by the Sydney Kings who signed Australian NBA centre Andrew Bogut to a two-year deal on Sunday.

The Goulding signing is Melbourne’s first major move of the offseason and gives them a much-needed boost. They are likely to lose starting power forward Tai Wesley and have to wait and see whether they can retain star imports Josh Boone, Casper Ware and Casey Prather, as all three assess their options in the NBA and overseas.

“I’m really excited to be staying with United,” Goulding said.

“We’re building something pretty special here so I’m really happy to sign on for another two years and hopefully we can continue our success.”

Goulding is confident whoever Melbourne land in free agency, the team will remain strong enough to chase another title.

“Obviously we still have to lock down our roster, which the coaching staff and front office staff will take care of, but once everyone comes together it’ll just be a matter of getting everyone on the same page,” Goulding said.

“We’ll lay down our style of play and the things we expect out of Melbourne United players and then make sure everyone can do that to the best of their abilities.

“We already know that every team’s going to want to come out and beat us now that we’re the champions and I’m sure we’ll be ready for that challenge.”

Goulding said he couldn’t wait to see what crowds Bogut’s homecoming will attract.

“Sydney’s always been one of our fiercest rivals and it’s good that they’re getting better as a team.

“They’ve brought Andrew in and he’s going to be a big draw card so hopefully their crowds will skyrocket from this so we can enjoy some great capital city rivalries.”