Mets manager Luis Rojas in position to have strong Year 2 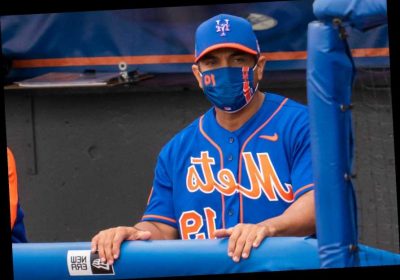 Rays right not to cave in to ridiculous criticism

He is not your standard “inherited manager” to a new regime — as was Mickey Callaway to Brodie Van Wagenen — because the new team president, Sandy Alderson, knew Rojas well from their previous time together in the organization and opted to keep him even before hiring a general manager (and then after naming an interim GM when the first hire proved disastrous).

His first year on the job didn’t go well, yet he never appeared overwhelmed emotionally, looking the same during his postgame Zoom news conferences regardless of the result.

Not on thin ice, not swaying with the wind, the 39-year-old might just turn out to be a force of stability as the Mets look to launch this new era in the right direction. With a most turbulent rookie season in the past, with less micromanaging above him, Rojas appears poised to do just that.

“I thought even though with all of the unfortunate and the negative with 2020, we all grew a lot,” Rojas said Wednesday at the unsubtly named Roger Dean Chevrolet Stadium, before the Mets dropped a 3-0 contest to the Cardinals. “I think I learned a lot last year, too, whether it was from people around me here or just players and [the media] as well.”

In particular, Rojas was responding to an observation, offered by The Post’s Mike Puma, that he looked more comfortable in the news-conference setting: “I learned a lot of things in the last year and this is one of the things that I think I got better at, communicating and talking to the media.”

That’s not nothing. You want to project confidence and competence as you convey the organization’s message to the fans, and Rojas appears far less restrained and more relaxed this spring in carrying out that task, expanding on his thoughts and offering true insight.

Part of that surely emanates from his reps at the podium. And part of it, too, despite Rojas not wanting to go there when asked, surely results from Steve Cohen, Alderson and Zack Scott not caring anywhere as much about the manager adhering to talking points as did the Wilpons and Van Wagenen. Rojas possesses considerably more freedom with this group.

Rojas’ relationships with his players, many of whom he managed in the minor leagues and others who didn’t know him then yet respect the time he invested in the bushes, has not been in question to this point.

The other area where he’ll be tested of course is actually managing the games. Rojas averaged 4.3 pitchers per game last season, tying him with Arizona’s Torey Lovullo for 19th most (or 12th fewest), as per Baseball-Reference.com. That number doesn’t tell you much until you examine the context: With the third-worst starting rotation in the National League by ERA (5.37), and that’s with Jacob deGrom going every fifth day, Rojas should have exhibited a quicker hook more often. Given the challenge of clubs adjusting from a 60-game season to a 162-game schedule and how little guys like Walker, Marcus Stroman and Joey Lucchesi have worked recently, he’ll need to be proactive (and hope enough of his relievers come through, naturally).

What a 2020 for Rojas, who got this job in January only after Carlos Beltran became ensnared in the Astros’ sign-stealing scandal, then began his managerial career amid a pandemic.

“Last year was a big year,” he said. “It was a year of growth. It gives a lot of perspective.”

It could be quite a 2021, too, for better reasons. Like anyone in any job, this might not work out. The signs encourage, though. Rojas’ Mets situation will soon acquire a bona fide narrative, and the team’s fans could make far worse bets than on this one turning out well.