New Zealand's Lydia Ko has made a brilliant eagle to beat Australian Minjee Lee on the first hole of a sudden-death playoff at the LPGA Tour event in San Francisco.

Former world No.1 Ko hit a 3-wood second shot to within a metre of the pin on the par 5 18th then holed the putt to claim her 15th LPGA victory, ending a title drought dating back to July 2016. 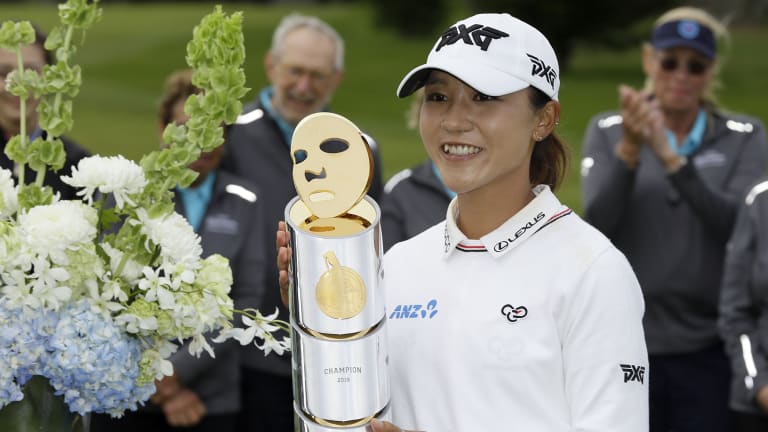 Lydia Ko, of New Zealand, poses with her trophy on 18th green.

Earlier fellow 21-year-old Lee, who was chasing a fourth LPGA title, shot a four-under-par 68 to finish regulation tied at 12 under with overnight leader Ko (71) after both made birdies on the last.

The Australian was clearly comfortable on the Lake Merced course where she won the 2012 US Girls' Junior title.

But Ko had even better history there, having won the LPGA Swinging Skirts tournament at the tree-lined layout in 2014 and 2015.

There was plenty of pressure on her though.

Ko's title drought had stretched over 43 events and was marked by changes in instructors, caddies and equipment and a large weight loss. 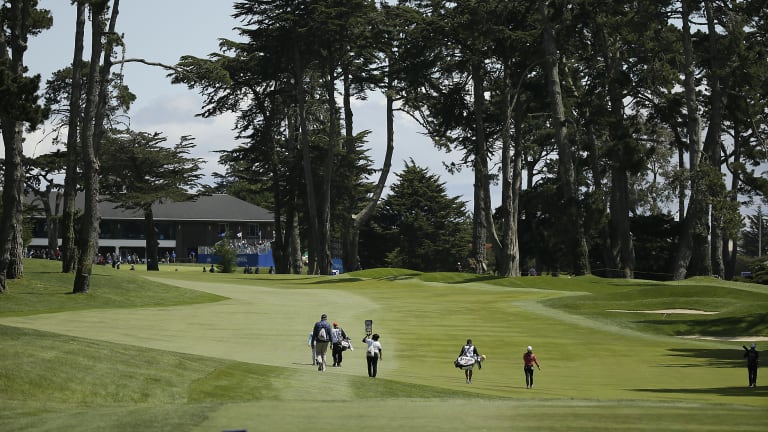 Minjee Lee, right, of Australia, walks up the fifth fairway of the Lake Merced Golf Club.

"My whole team and my family, they've worked really hard for this moment," Ko said. "I'm happy that a few of them are here and we can celebrate together."

Twenty yards behind Lee in the fairway in the playoff, Ko hit a 3-wood that cleared the tree limbs on the right, landed in front of the green and rolled inches by on the right side.

"I hit some really good 3-woods today and I said, 'Hey, you've got to maybe try and copy the one on the other par 5," Ko said. "I was able to hit a good shot again. I didn't really know how close it was going to be."

Lee hit her second shot into the rough near the right greenside bunker and managed to make a 10-foot putt for birdie but it was not enough to deny Ko.

American Jessica Korda played in the final group with Ko but finished with a 74 to drop into a tie for third at 8 under with Angel Yin (67), Shanshan Feng (68) and Charley Hull (70).