THIBAUT COURTOIS’ four-day spell as a World Cup hero ended on a crushing day for Belgium.

The 6ft 5in keeper’s second-half clanger set his team on the way to a humiliating defeat that will seriously rock the ambitions of a talented but ageing team. 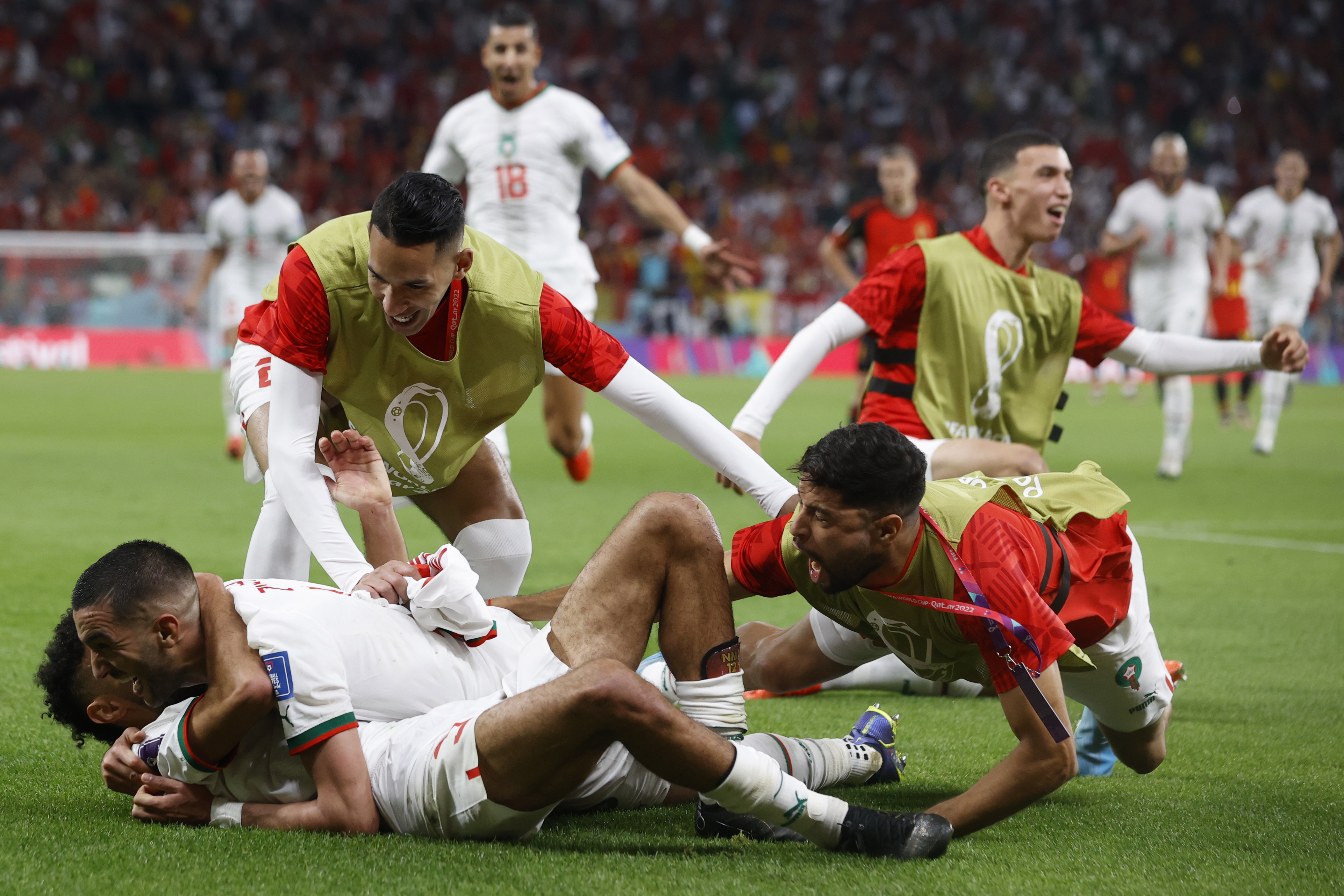 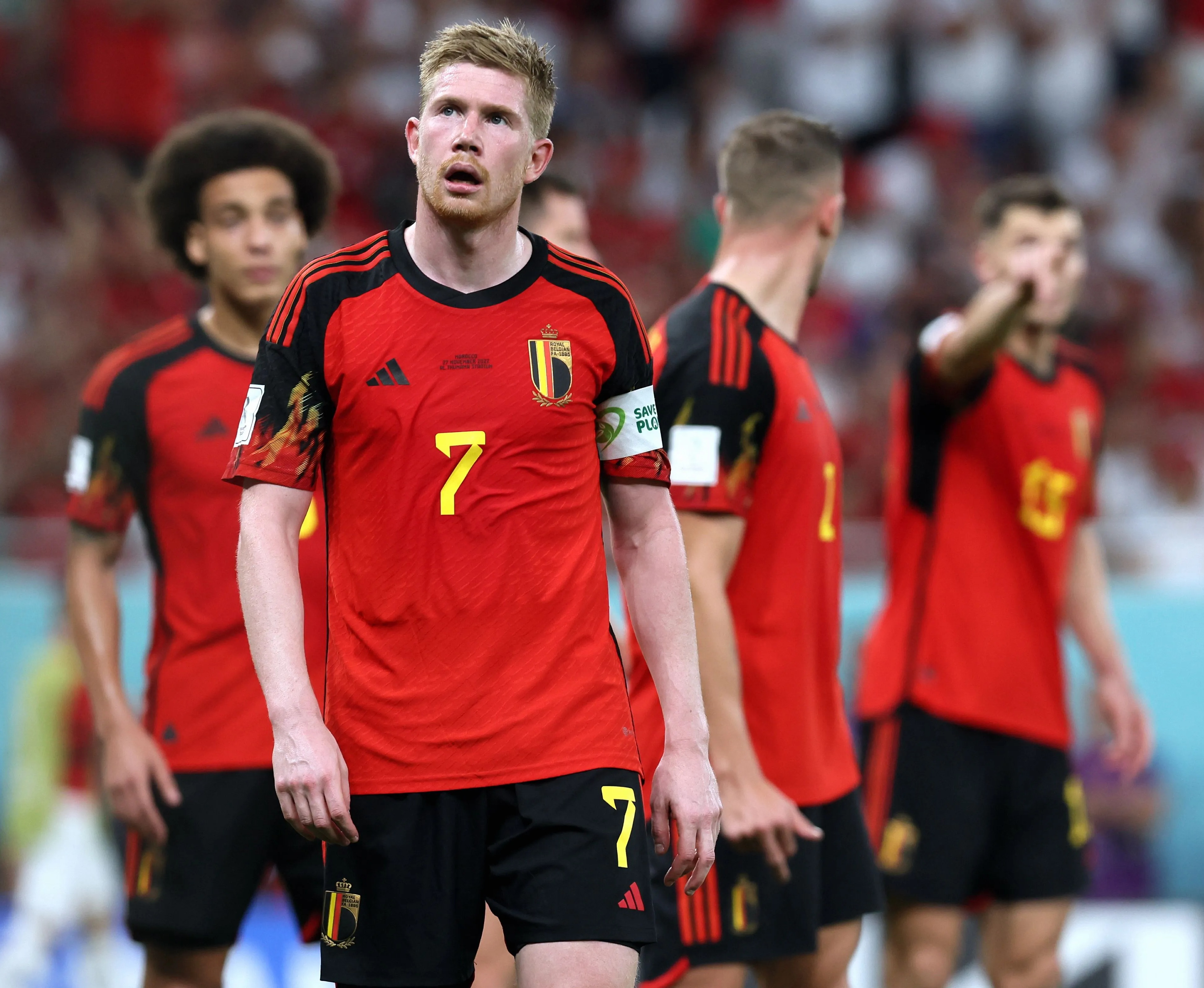 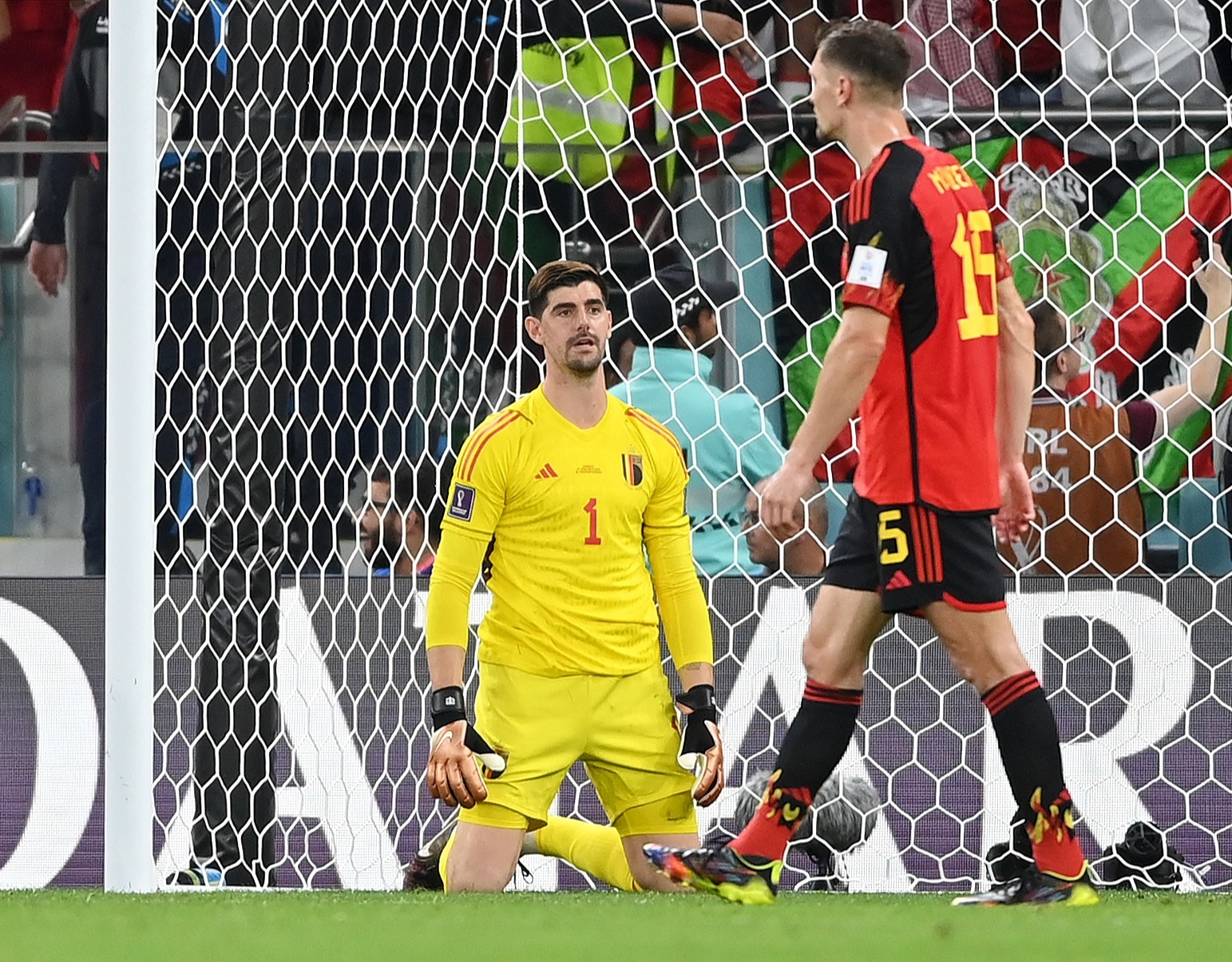 Courtois actually made two blunders on a day when Roberto Martinez’s squad failed to turn up and were undone by their own sloppiness and the passion of minnows Morocco.

He got away with the first one when Chelsea winger Hakim Ziyech’s free-kick was ruled out by VAR  – but he clearly didn’t heed the warning.

In the second half, he got mugged again by a similar strike that piles pressure on to boss Martinez as he struggles to get his team into the knockout stages.

Belgium were unconvincing in their spawny 1-0 win over Canada that sent them into this match as Group F leaders. 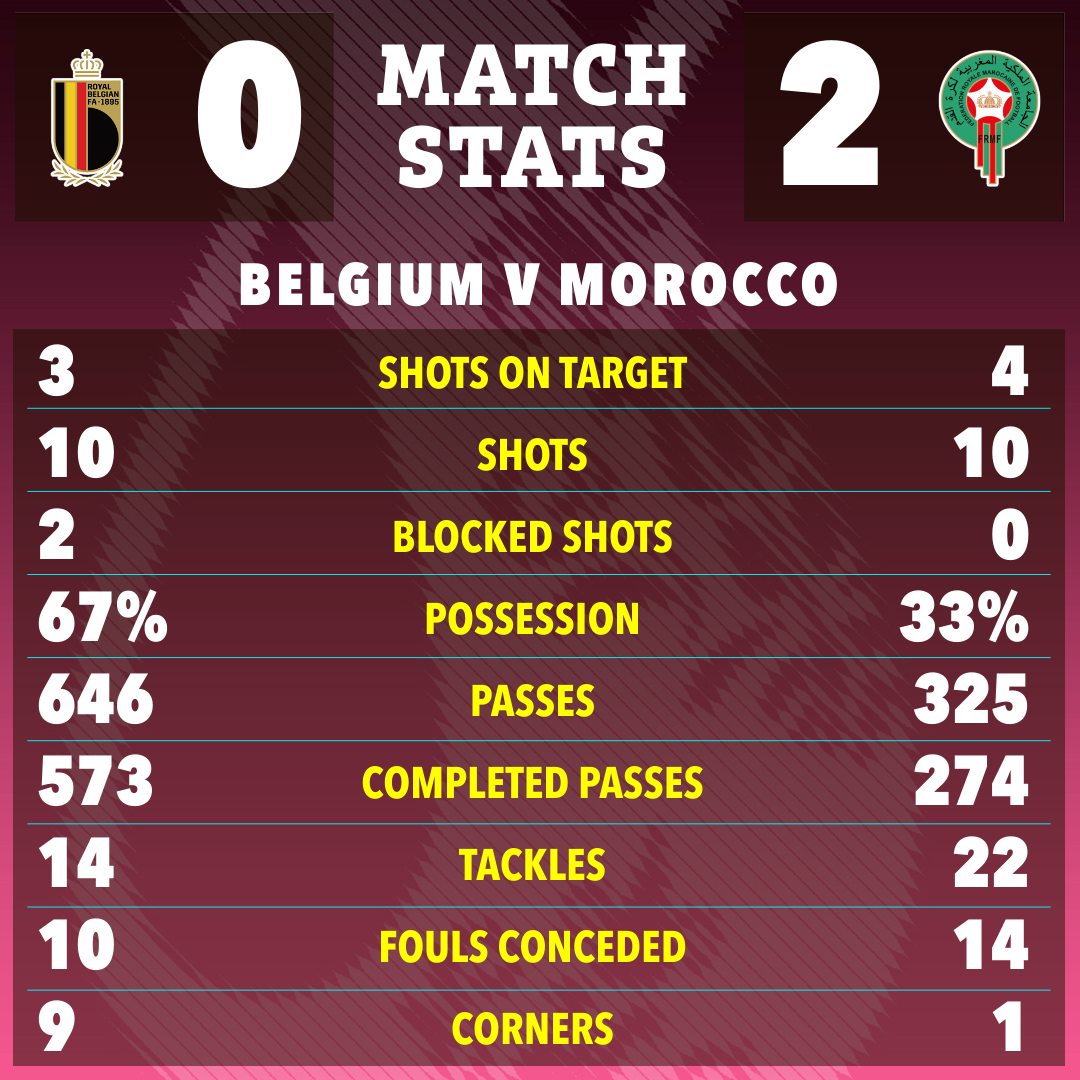 It took lightning reactions from Courtois to see them through.

But they looked even more wobbly here against a Moroccan side with a dash of current or ex-Premier League players in Chelsea winger Hakim Ziyech, former Wolves defender Romain Saiss and ex-Southampton winger Sofiane Boufal.

Just one shot on target in the first half and a feeble one at that when right-back Thomas Meunier finished off a three-man move involving Eden Hazard and Kevin de Bruyne – experienced, quality footballers who really should be doing better.

Morocco barely threatened to score themselves but against the No2-ranked team in the international rankings that is no surprise. 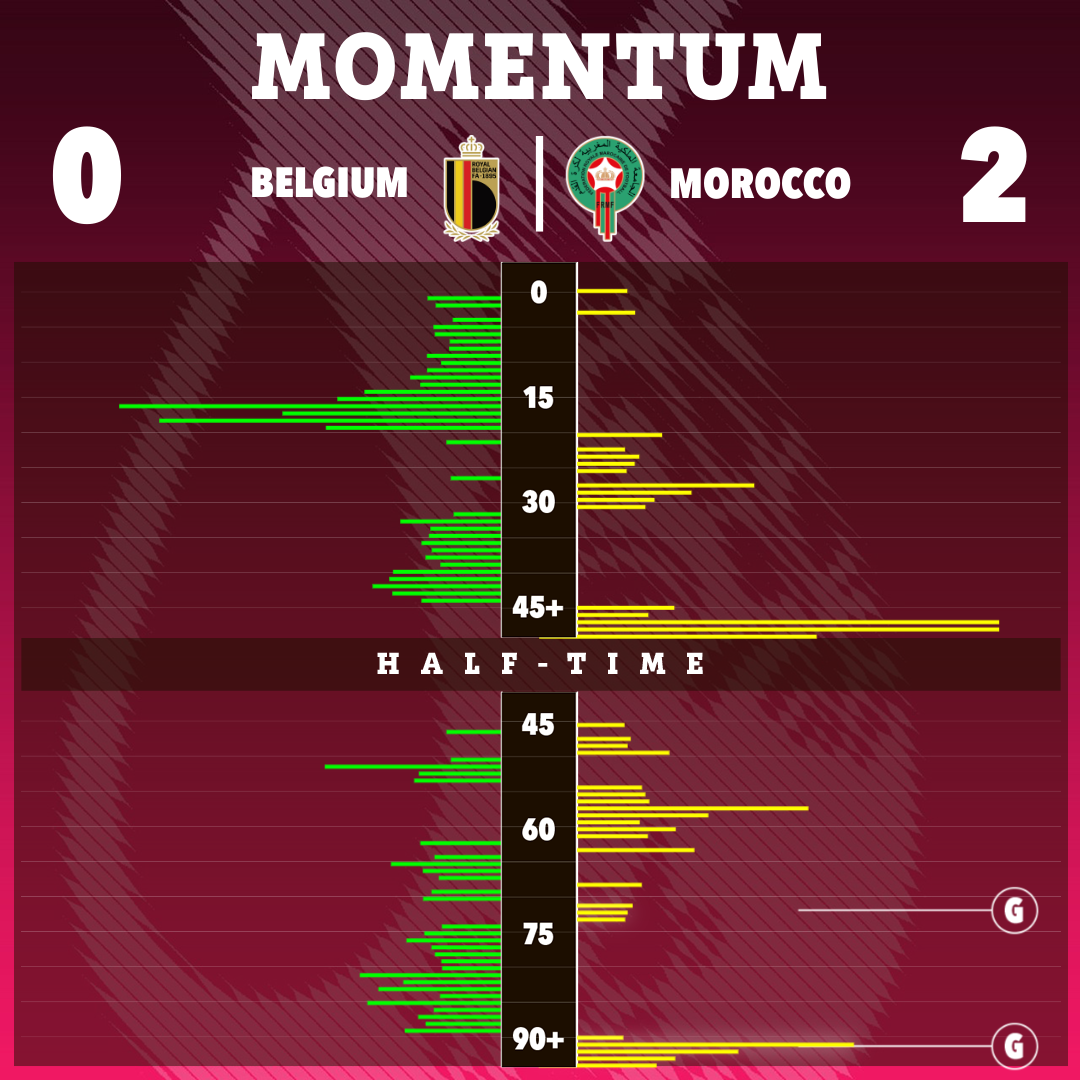 HOW TO GET FREE BETS ON THE WORLD CUP

It was up to Belgium to take the game to the North Africans looking for the win that would see them into the last 16 with a game to spare even if they aren’t at their best.

They failed to do so and for a few moments at the end of the first half feared a calamity when the lowly opposition who have never been beyond the group stage, took a surprise lead.

Wideman Ziyech was fouled three yards out from the left-hand corner of the Belgian box.

He took the free-kick himself and whipped a curling inbound shot over the wall. 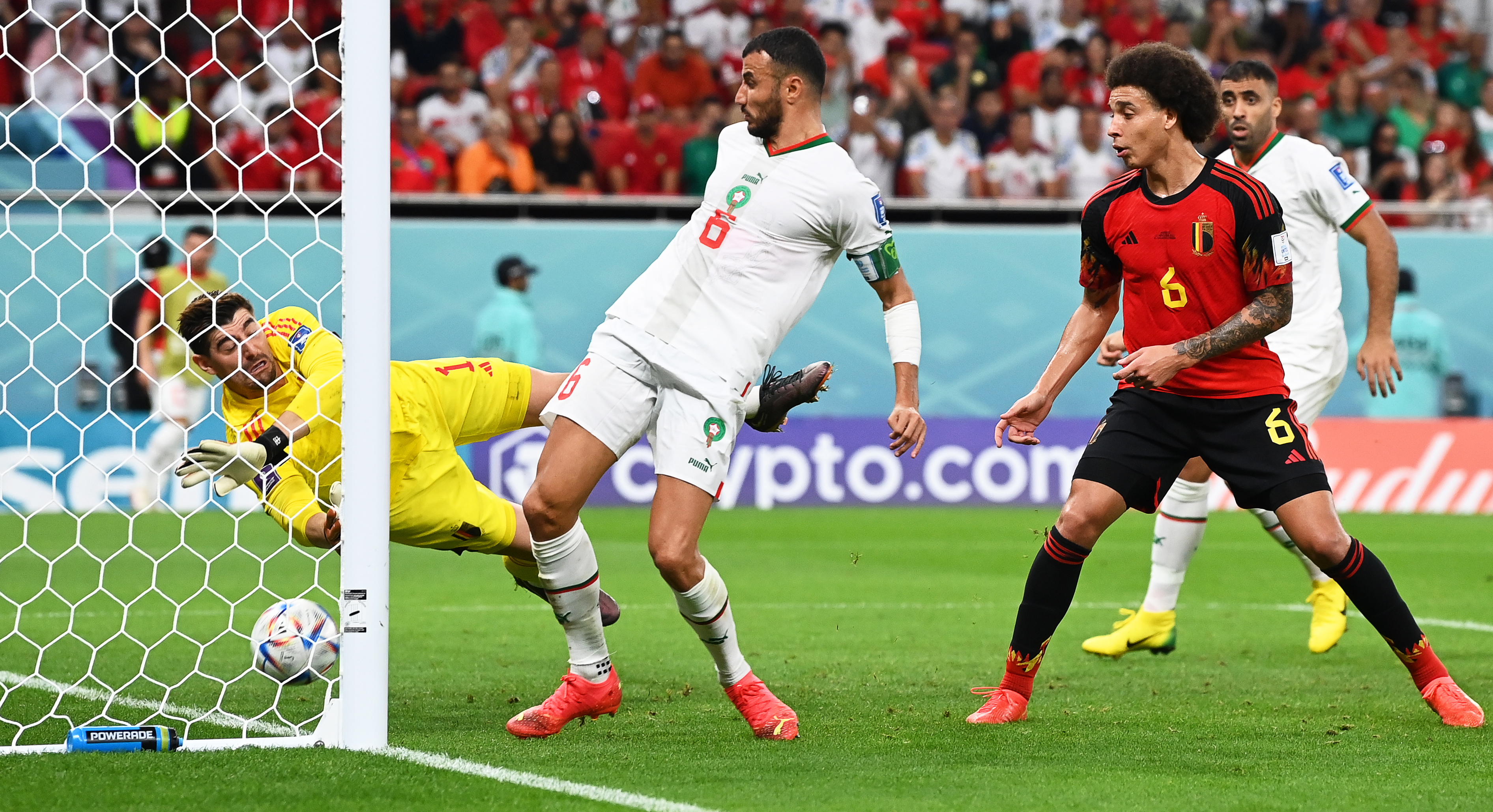 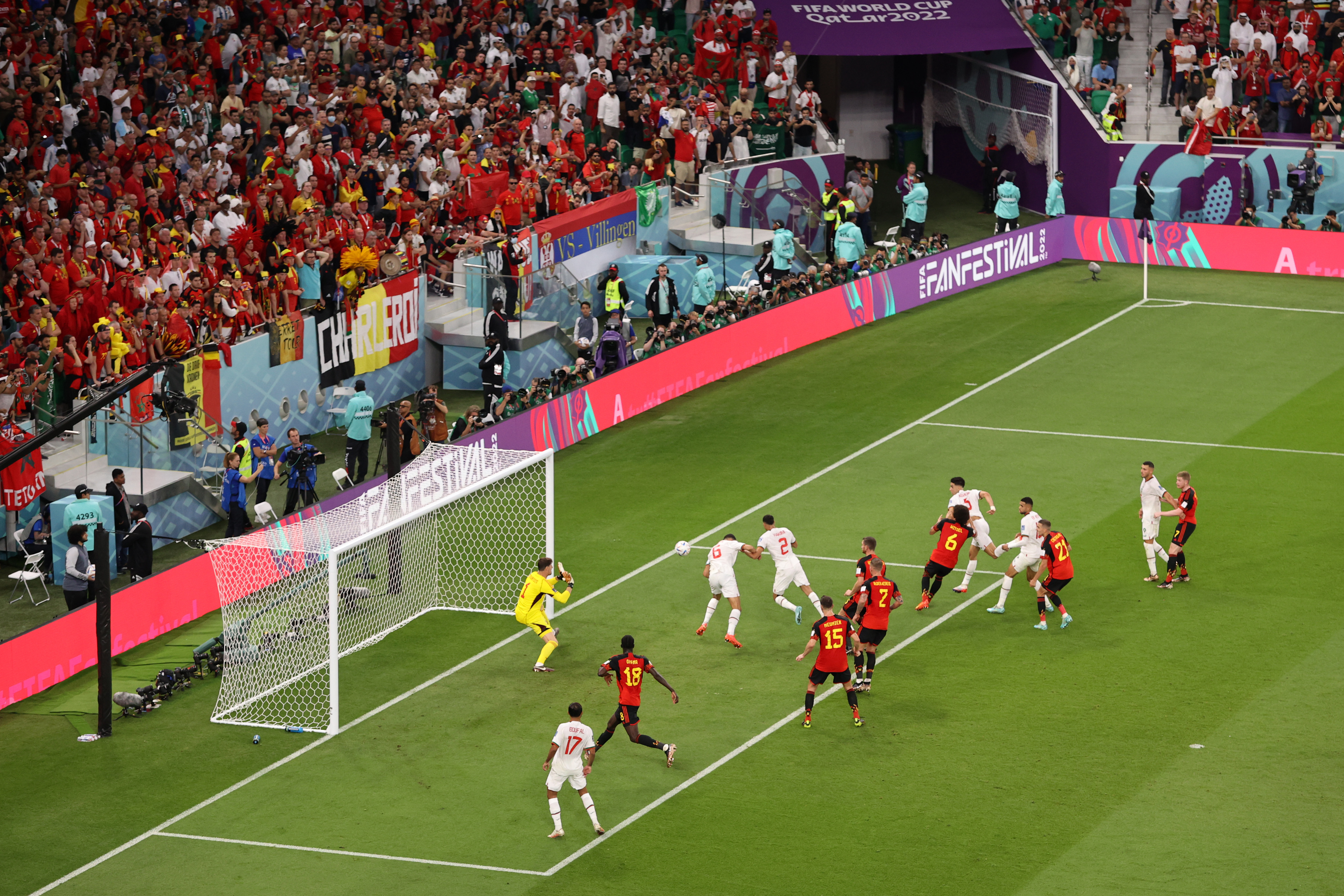 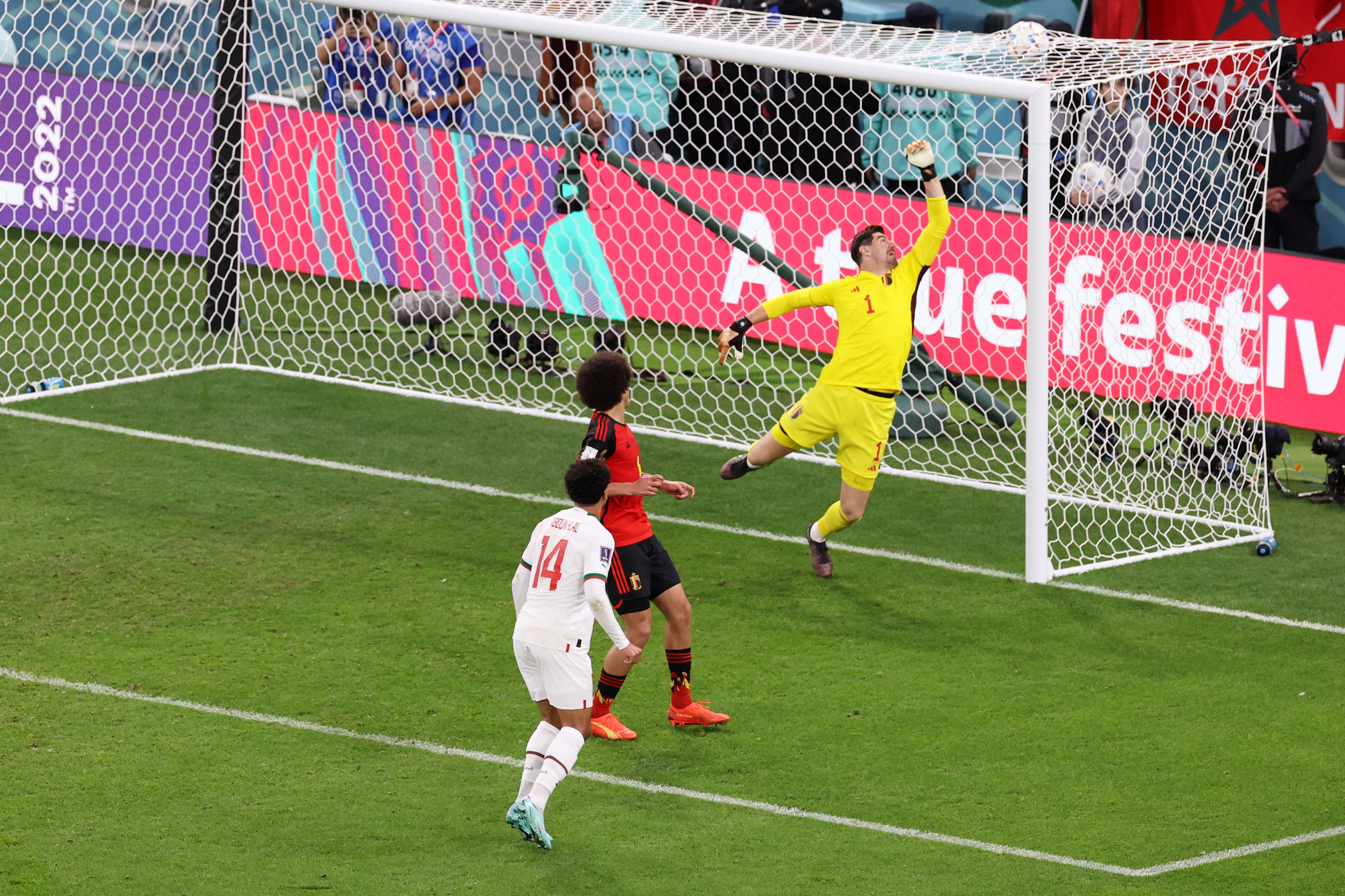 It cleared every head only to then squirm under the body of the lumbering Courtois and over the line.

All his good work against the Canadians last Wednesday looked undone until Mexican ref Cesar Ramos was directed to his pitchside screen and noted a narrow offside against ex-Molineux man Saiss.

There was little improvement in the second half and Boufal came close to scoring with a scorching shot across the face of goal that whistled past Courtois’ left-hand post.

Hazard was replaced on the hour mark as part of a double substitution that saw Leicester’s Youri Tielemens come on to inject some life into Belgium.

But it only got worse as Courtois made his second blunder of the match at another set-piece.

With 17 minutes left, midfielder Abdelhamed Sabiri took a chance with a free-kick from a similar position to that in the first half.

Instead of crossing, he went for it by whipping a shot towards the near post which Courtois had left unguarded and was unable to react in time to keep the ball out of his net. 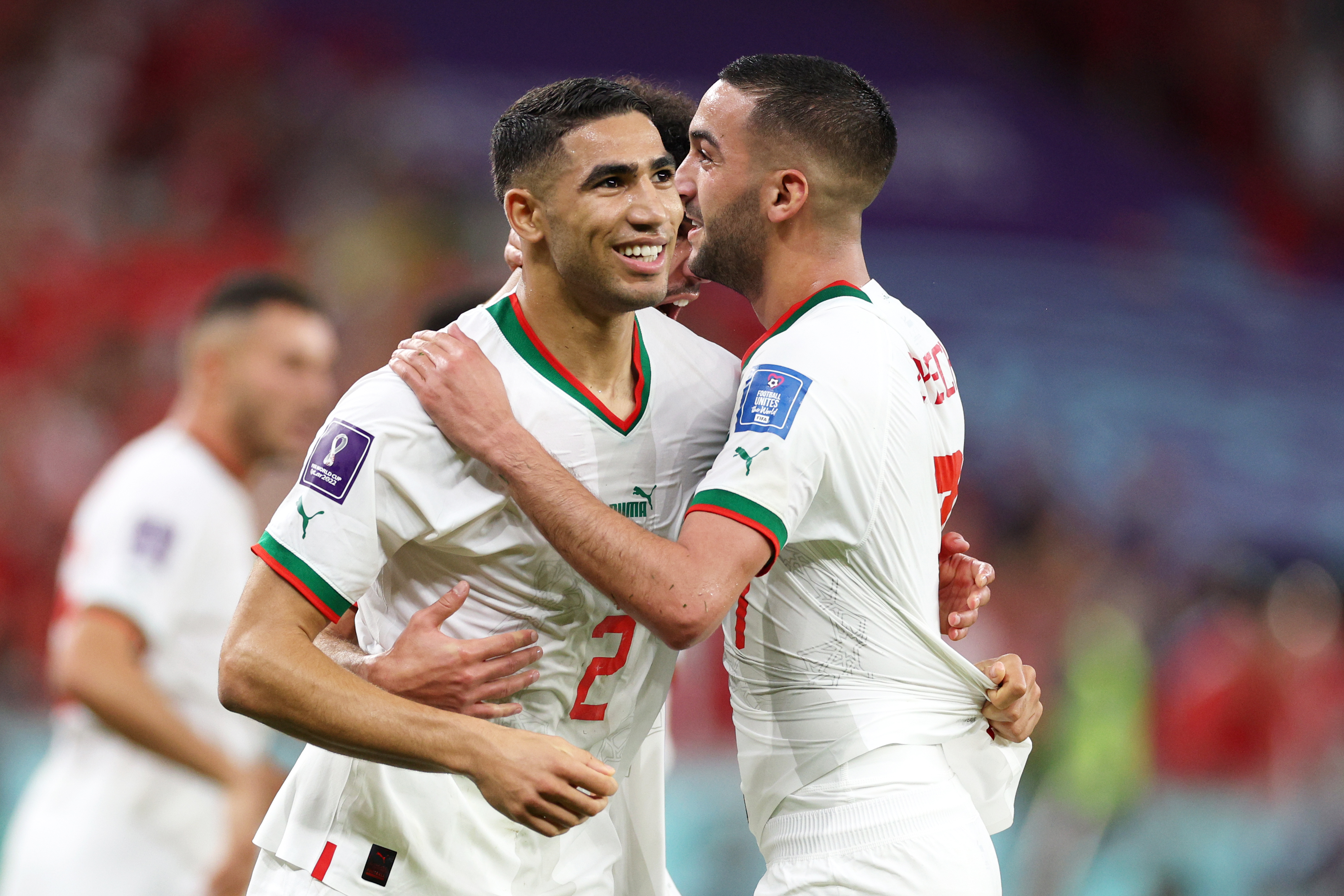 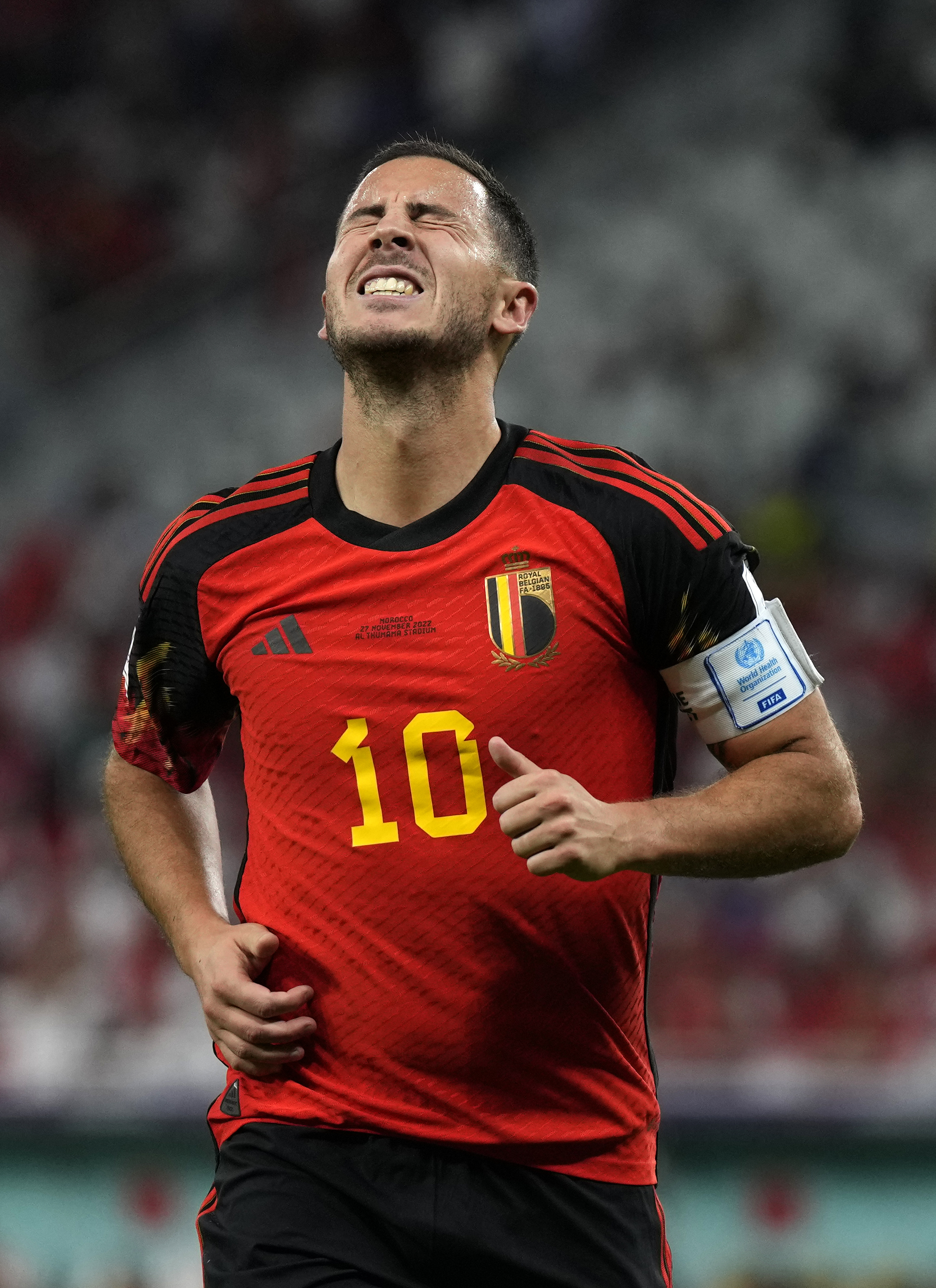