The Serie A title race is now ON with four games to go after Kalidou Koulibaly's last-minute header gave Maurizio Sarri's side a smash-and-grab victory. 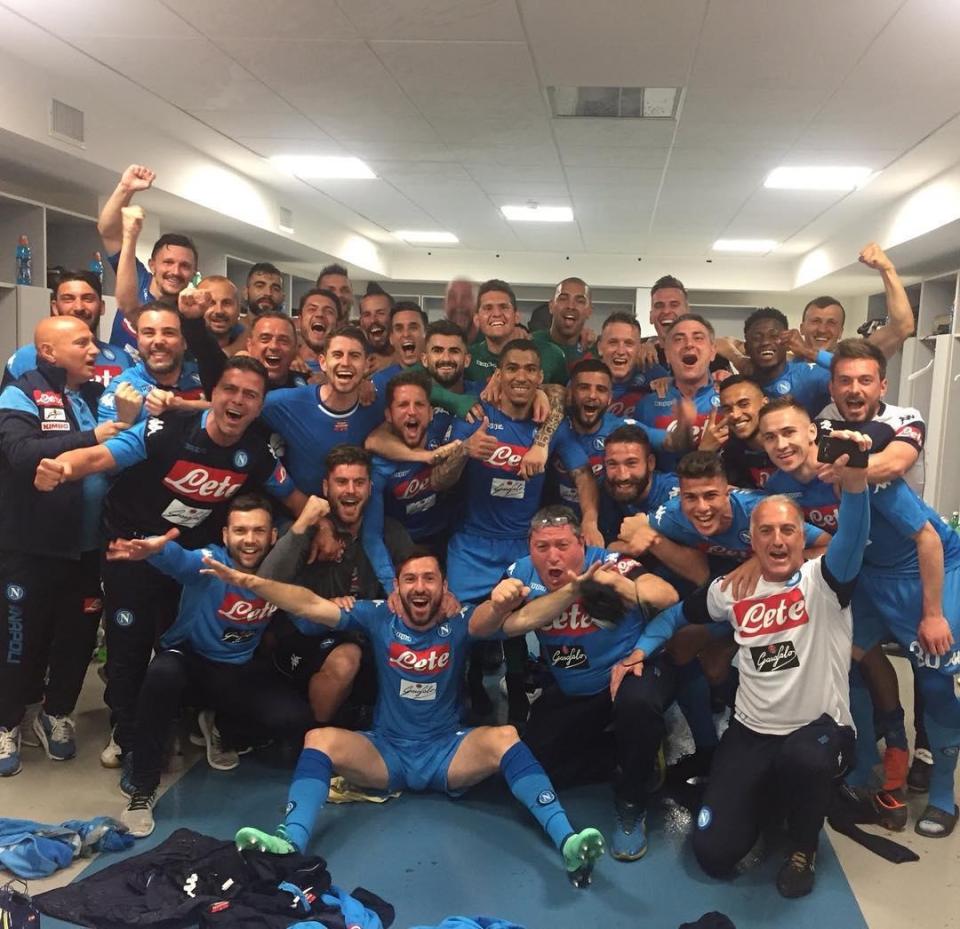 They haven't won any trophies yet – and sit second with four games to go – but the Partenopei have been partying like they have won the title already.

Fans took to the streets to let off fireworks, while club legend Diego Maradona posed for a photo with a Napoli shirt and posted it on social media.

The team even had a headache scheduling their flight back from Turin as their charter plane was originally denied take-off because of fans at the airport, but it later departed as scheduled.

Napoli last won the Scudetto back in 1989-90, when Diego Maradona helped fire them to the title as they beat AC Milan by two points. 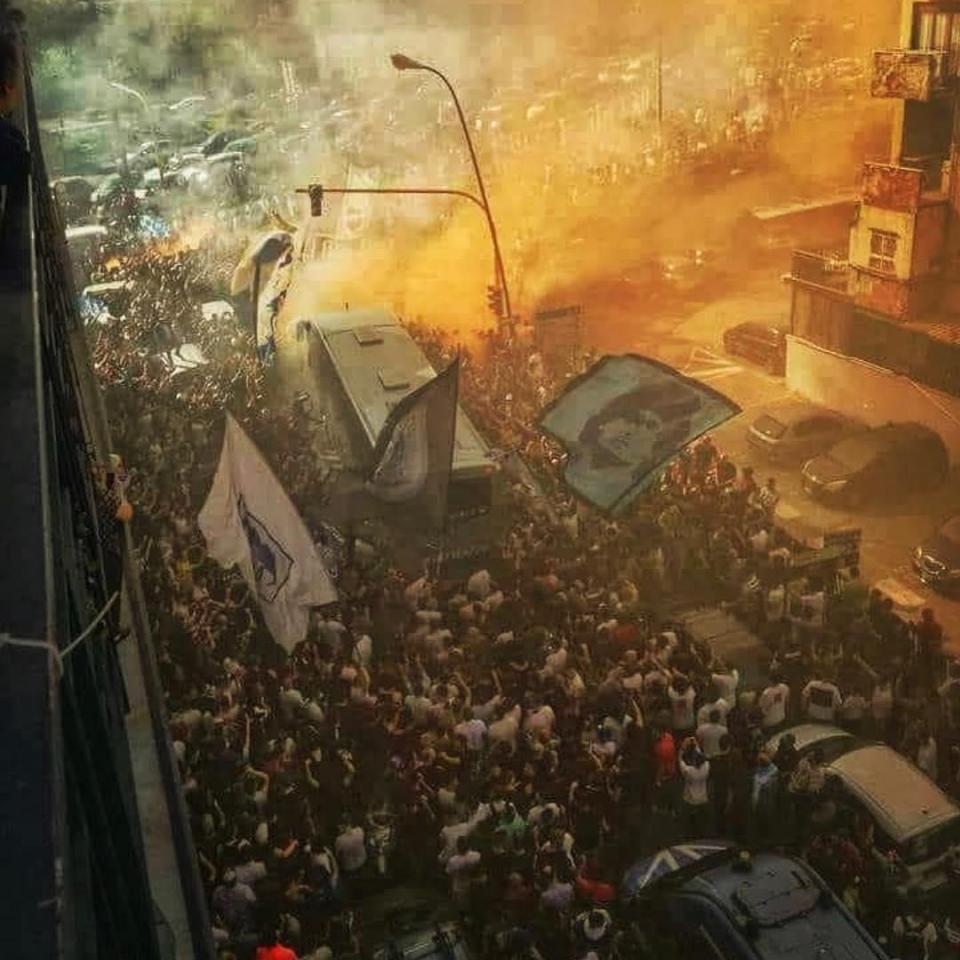 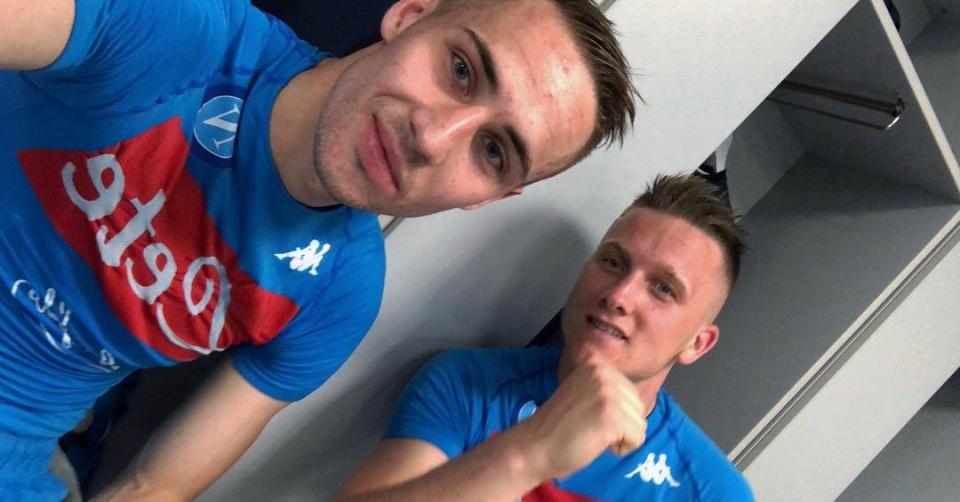 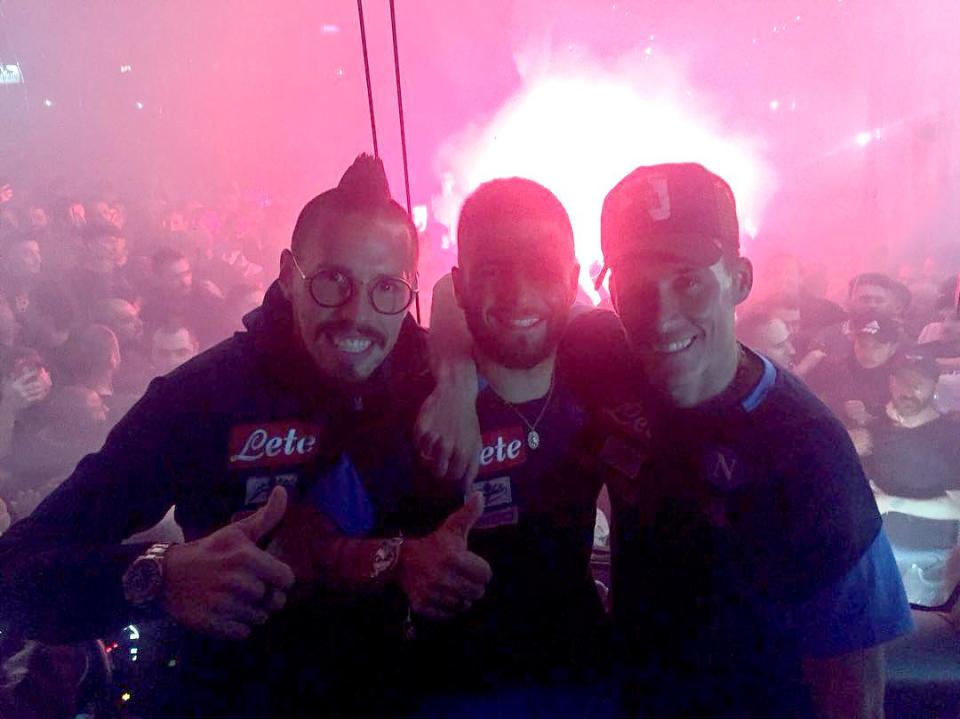 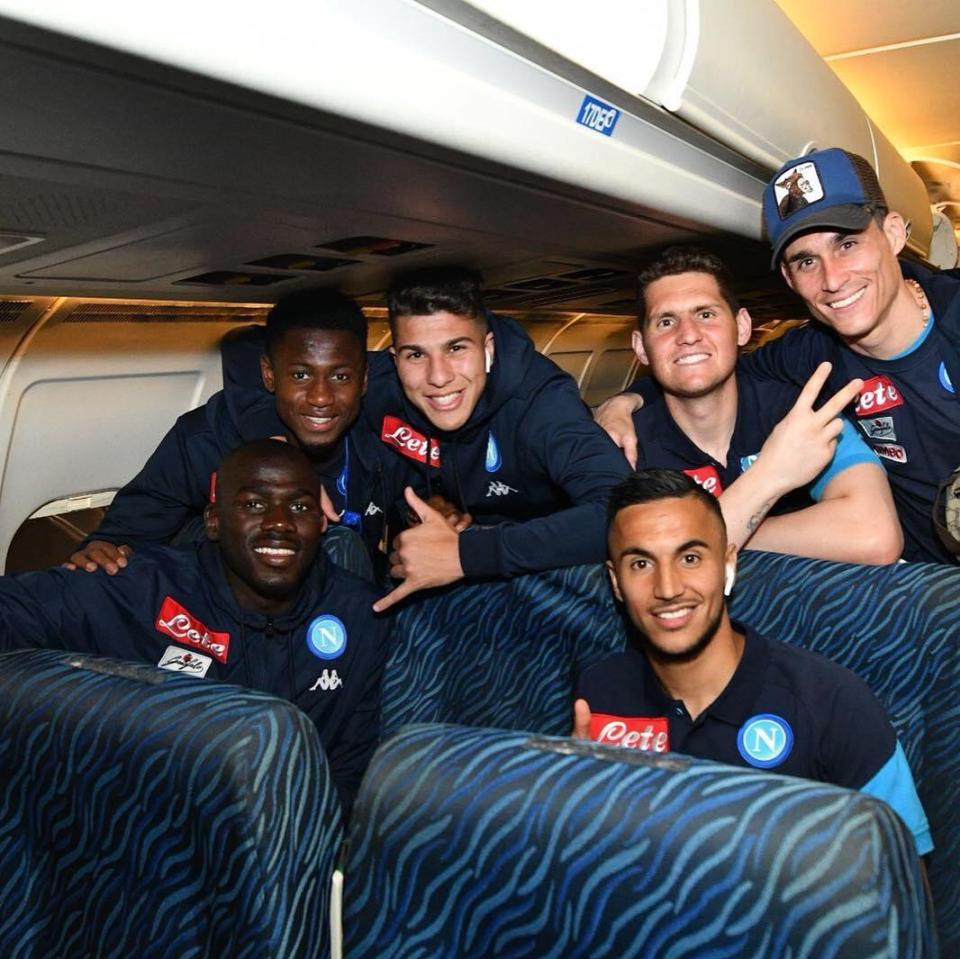 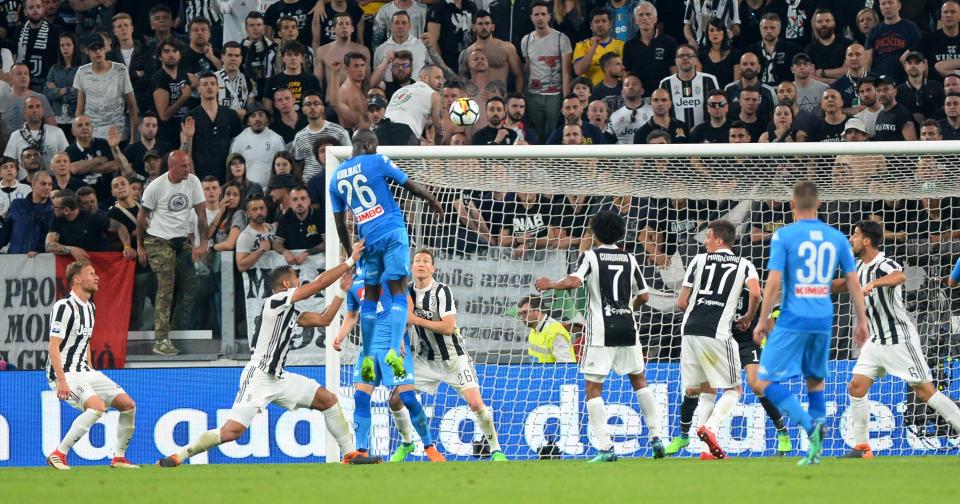 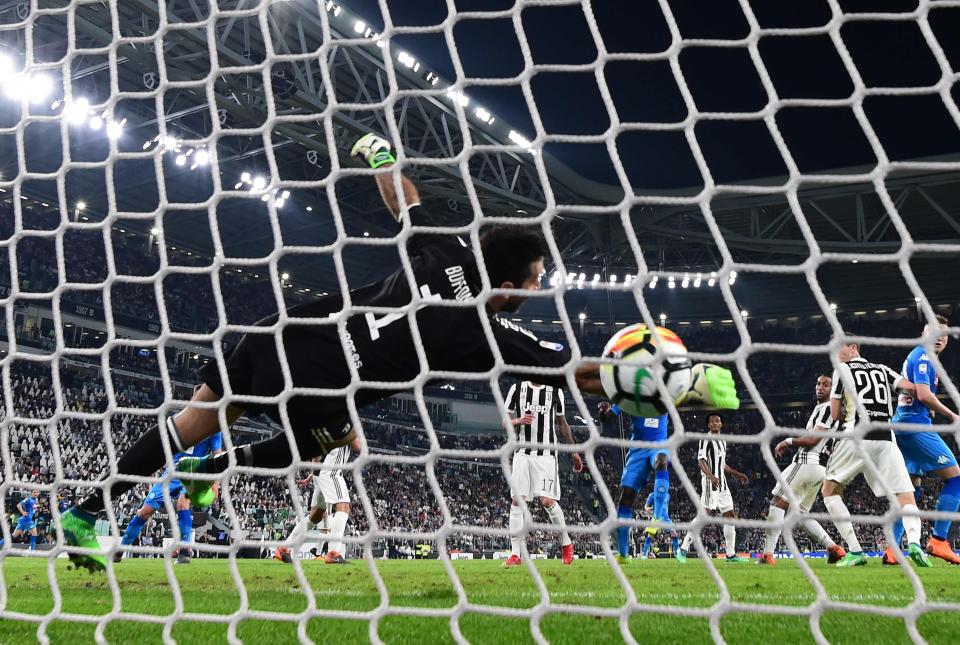 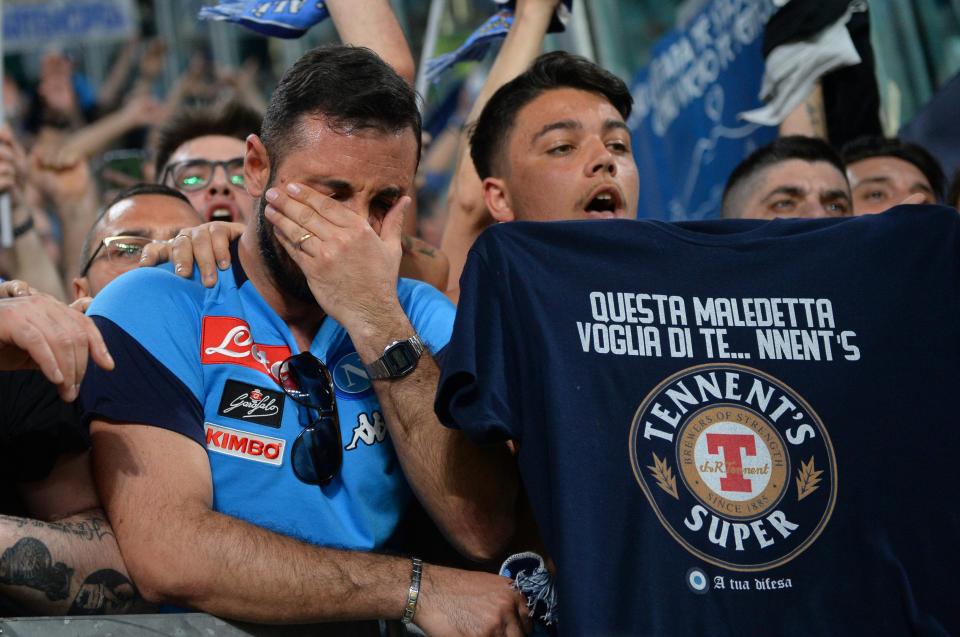 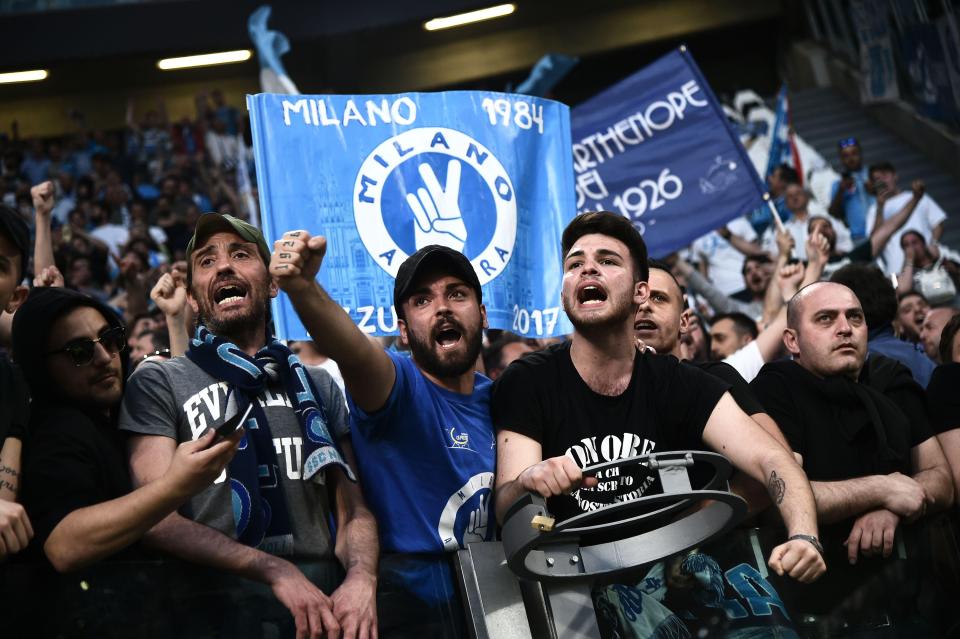 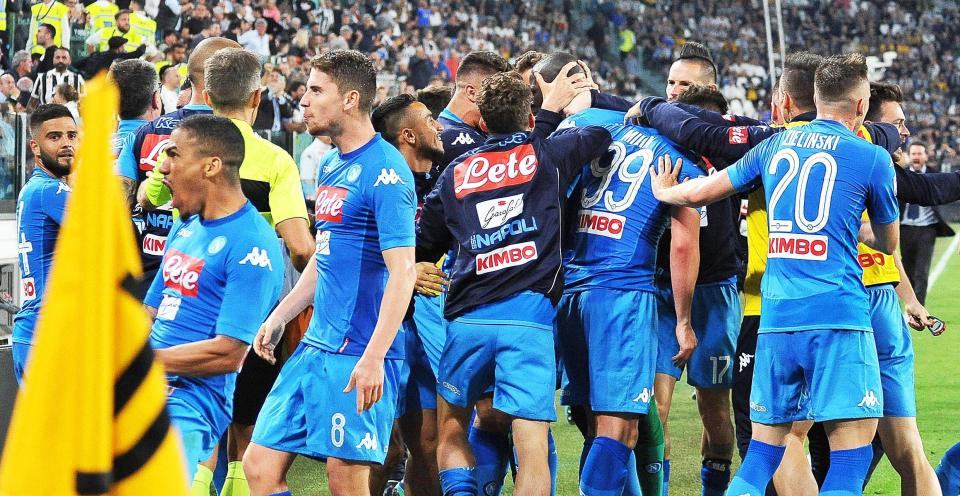 The little Argenine netted 16 goals and cemented his place as an icon at the Sadio San Paolo.

And not since Vesuvius erupted in 79AD has the ground shaken quite like it did last night, with thousands taking to the streets in the main Piazza Nazionale, while the coastline was lit up with the explosions of fireworks.

WRIGHT STUFF, WRONG SELLER Ian Wright fumes as his footie memorabilia flogged off in the US after ex-wife failed to pay storage fees

Napoli are now one point behind Juventus with four games to go, in a complete contrast of footballing styles – with Sarri's pass-and-move football and Max Allegri's tactical pragmatism.

The Old Lady won 1-0 in Napoli, thanks to Gonazlo Higuain's early strike, but the former Napoli forward was kept quiet at the Allianz Stadium in Turin last night.

Koulibaly, 26, was magnificent in the centre of defence as the away side dominated midfield as well, while Allegri's side could not get a foothold in the game.

Italian commentators erupted as his thunderbolt of a header nestled into Gianluigi Buffon's net and gave the away side a massive psychological advantage in the title race.

Meanwhile video footage emerged before the game of dozens of supporters from both clubs charging at each other down a narrow street – before hugging and chanting together in an unexpected turn of events.

Another video on social media showed a child chanting and waving a club flag in his parents' house, while a fleet of fans on motorbikes followed the team back from the airport.