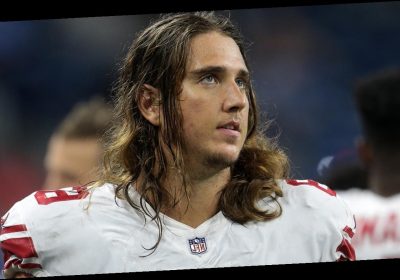 Former NFL wide receiver Nate Burleson appeared to throw off his NFL Network co-hosts Wednesday morning when he brought up Chad Wheeler’s arrest and the disturbing domestic violence allegations against him.

Burleson, who has been with NFL Network since 2014, was talking about the Senior Bowl — a showcase for NFL Draft prospects — when he pivoted to the allegations against Wheeler.

“Mark my words. If somebody balls out at the Senior Bowl, they will ball out in the NFL. But guys, I have to take a hard left turn,” Burleson said. “There’s something that’s been in my heart and I hate to do this at the end of the show, but something disturbing that happened in Seattle.

“There’s a lineman, Chad Wheeler, that put his hands on his girlfriend,” Burleson continued. “And being a Seattle Seahawk, I feel like our show never shies away from these tough topics and I didn’t want to right now. I know it’s probably catching you guys off guard, but I didn’t want to go three hours and not mention it. Domestic violence is a small reflection of the NFL. There’s more good guys than bad guys. It’s also a reflection of society. We often say there’s no room in the game for that. We should just always say there’s no room in society for that. I just hope that authorities in Seattle and the NFL handle this properly. I hate to do this at the end of the show, but we went three hours and didn’t address. I just want to make sure we talk about domestic violence because it is an issue.”

Burleson explained to Sports Illustrated afterward that he didn’t receive any pushback from his comment but said his bosses asked him to give them a “heads-up” so he could have room to talk on the subject.

“It was heavy on my heart. As I was going through the show, I thought, ‘We haven’t touched on it and it’s been a couple of days.’ I wanted to make sure we handle every situation like this the same across the board. I don’t take domestic violence lightly. We talk about it in many forms,” he told Sports Illustrated.

The woman involved told investigators Wheeler reportedly told her to stand up and bow to him, and when she refused to do that, he threw her on the bed, choked her and tried to smother her, according to court documents. The woman said she tried to fight back, but Wheeler allegedly twisted her arm and she lost consciousness.

She told officials when she regained consciousness she saw Wheeler by the bed and he allegedly said: “Wow, you’re alive?” She reportedly ran into the bathroom to call her family and 911. 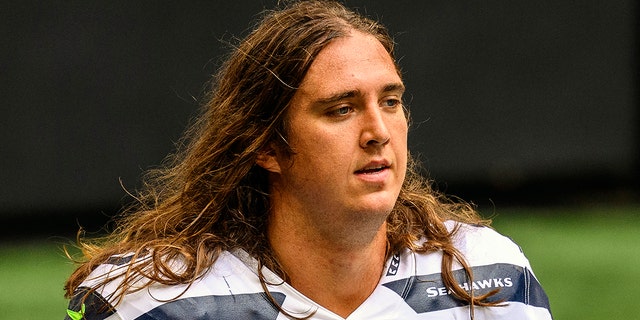 The Seattle Seahawks said Wednesday, Jan. 27, 2021, that offensive lineman Chad Wheeler is no longer a member of the team following his arrest last weekend for investigation of domestic violence. (AP Photo/Danny Karnik, File)

The Seattle Seahawks cut ties with Wheeler as the allegations came to light.

“The Seahawks are saddened by the details emerging against Chad Wheeler and strongly condemn this act of domestic violence. Our thoughts and support are with the victim. Chad is a free agent and no longer with the team,” the team said in a statement.

Wheeler posted on Twitter blaming the alleged assault on a “manic episode.”

Wheeler was arrested over the weekend and booked into the King County Jail in Washington state for investigation of felony domestic violence. He had a court appearance Monday and was released from jail Tuesday after posting $400,000 bond.