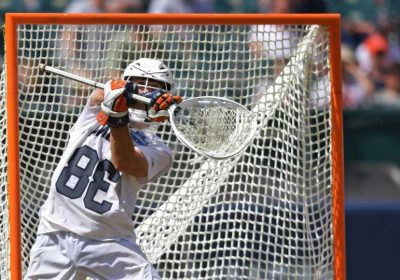 The NCAA men’s and women’s lacrosse championships are true Final Fours. The top four seeds advanced to the Final Four in both tournaments, which will be televised Saturday.

On the men’s side, No. 1 North Carolina, No. 2 Duke and No. 4 Virginia all advanced from the ACC. No. 3 Maryland is the lone Big Ten team in the Final Four. The tournament will be played at Rentschler Field in Hartford, Conn. The games will be televised on ESPN2.

On the women’s side, No. 1 North Carolina, No. 3 Syracuse and No. 4 Boston College represent the ACC. No. 2 Northwestern represents the Big Ten. The games will be played at Johnny Unitas Stadium in Towson, Md. The matchups are on ESPNU.

Will the Tar Heels sweep both tournaments? Or will the Big Ten upset the ACC establishments?

Here are the schedules and reasons to watch this weekend’s NCAA championship tournaments:

The Blue Devils are seeking their fourth national championship since 2010. Attackman Michael Sowers leads Duke with 79 points on the season. Duke and Maryland both allow just 10 goals per game. The Terps won their last national title in 2017. Maryland advanced to the Final Four with a dramatic 14-13 overtime victory against Notre Dame. Jared Bernhardt leads the Terps with 87 points.

Northwestern is looking for its ninth national championship, and junior Izzy Scane leads the NCAA with 6.27 goals per game. Teammate Lauren Gilbert adds 4.3 gpg., and the Wildcats lead the NCAA with 20.6 goals per game. Syracuse will counter with junior defender Sarah Cooper, one of six players on the roster who earned All-American honors.

The winners will play Sunday, May 30 at 12 p.m. ET. The game will be televised on ESPNU.