NCAA Men's Basketball Tournament 2021: Who are the highest-paid coaches competing for title?

Barstool Sports founder Dave Portnoy discusses his portfolio amid the GameStop rally and efforts to help struggling restaurants in the U.S.

The NCAA Men’s Basketball Tournament will begin with the First Four games being played Thursday to determine who captures the last spots in the field of 64.

As the weeks go on, the top teams in the tournament are hoping to have their hands on the title in the first week of April. The tournament will not feature some of the top teams with the highest-paid coaches, as Kentucky’s John Calipari and Duke’s Mike Krzyzewski both missed out on the Big Dance.

The tournament will not be short of some of the greatest coaches the sports have seen. But even without Calipari and Krzyzewski, the bracket still has coaches making a very pretty penny.

Here are five of the highest-paid coaches in the tournament as compiled by USA Today. 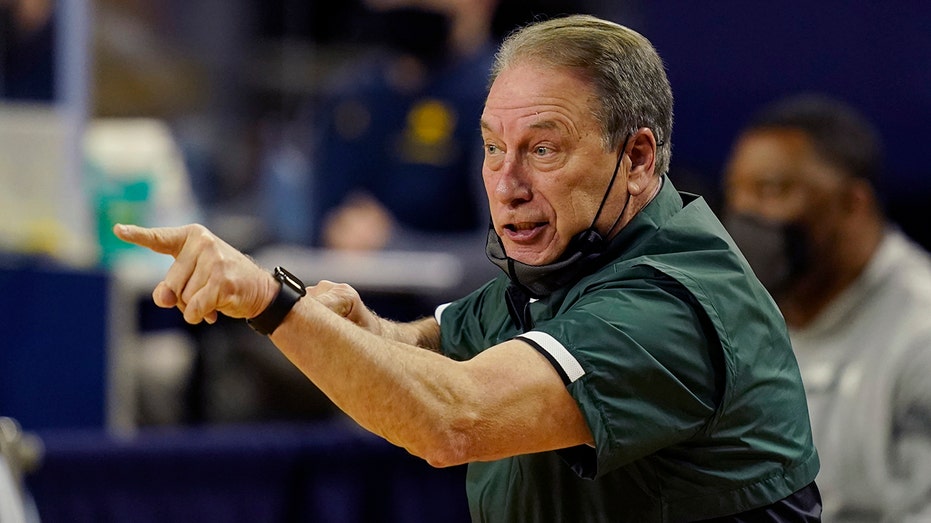 Izzo and the Spartans are vying for the No. 11 seed in the tournament after barely making it into the field of 68. Michigan State will take on UCLA in the First Four round. Izzo, who signed a contract extension in January 2020, is taking home about $3.9 million.

Izzo won the national championship in 2000. The Spartans made the Final Four in 2019. 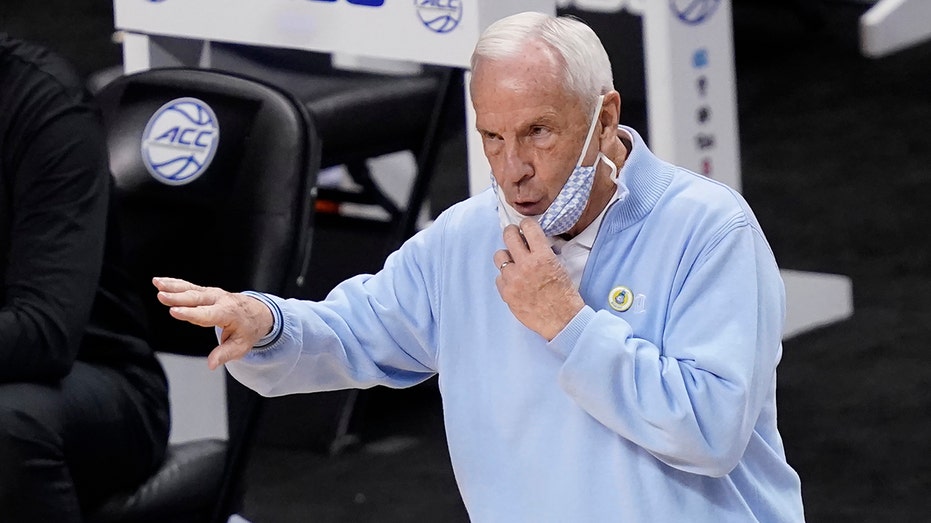 North Carolina head coach Roy Williams directs his team during the second half of an NCAA college basketball game against Notre Dame in the second round of the Atlantic Coast Conference tournament in Greensboro, N.C., Wednesday, March 10, 2021. (AP P

Williams is the most successful of those in the top five highest-paid list. North Carolina made the tournament and received the No. 8 seed. The Tar Heels will face off against No. 9 Wisconsin.

According to USA Today, Williams is taking home about $4.1 million. He is a three-time national champion coach between his time with North Carolina and Kansas. 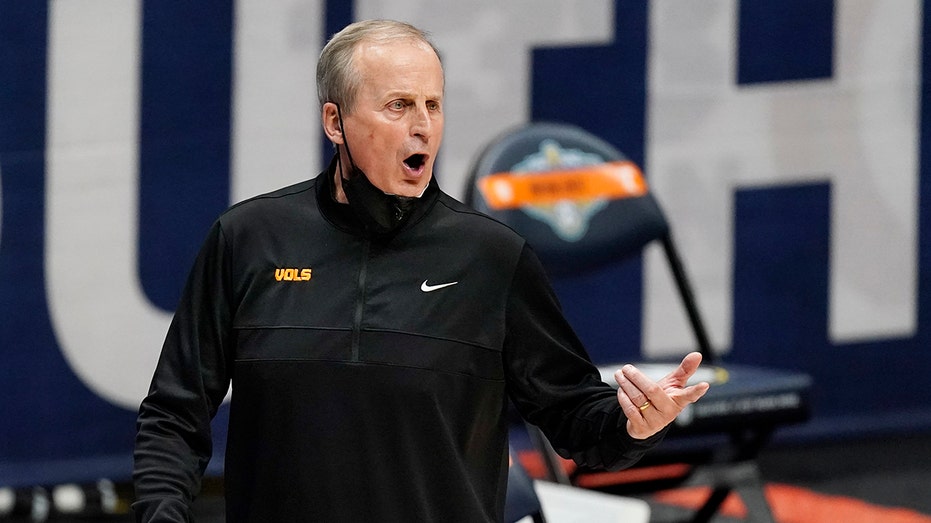 Tennessee head coach Rick Barnes yells to his players in the second half of an NCAA college basketball game against Alabama in the Southeastern Conference Tournament Saturday, March 13, 2021, in Nashville, Tenn. (AP Photo/Mark Humphrey)

Barnes is set to take home about $4.7 million through his tournament resume isn’t exactly the best. Barnes has only made one Final Four in his career, and that was when he was Texas’ coach in 2003.

Barnes has led to Tennessee to three NCAA Tournament appearances, including this season. The Volunteers earned a No. 5 seed and will play No. 12 Oregon State. 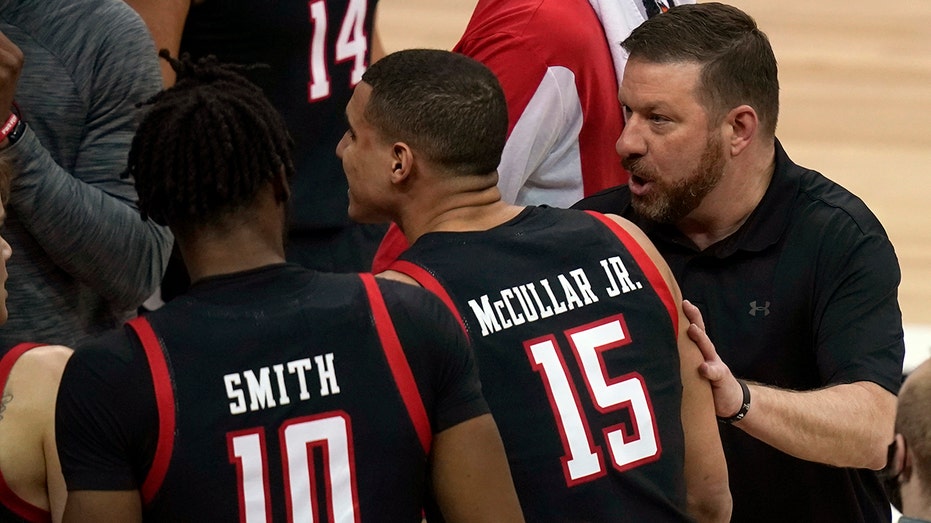 Texas Tech head coach Chris Beard, right, talks with his team during a timeout in the first half of an NCAA college basketball game against Texas in the quarterfinal round of the Big 12 men’s tournament in Kansas City, Mo., Thursday, March 11, 2021.

Beard’s Texas Tech Red Raiders were in the national championship against Virginia the last time there was a college basketball tournament being played. Even though they lost, Beard signed a six-year extension. He is making about $4.8 million this season. 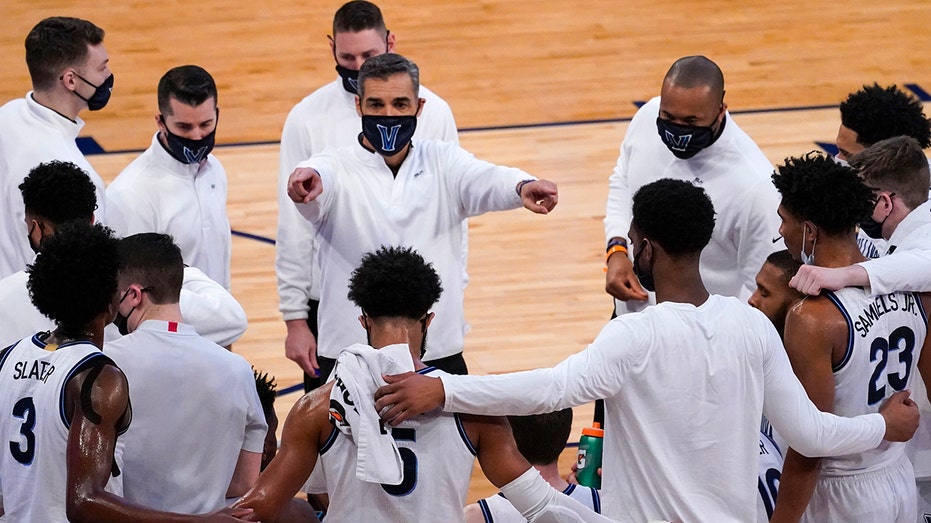 Villanova head coach Jay Wright, center, gives his team instruction during the first half of an NCAA college basketball game against Georgetown in the quarterfinals of the Big East conference tournament, Thursday, March 11, 2021, in New York. (AP Pho

Wright has helped put Villanova back in the national college basketball spotlight over the years. Wright’s Wildcats defeated Williams’ Tar Heels in a dramatic buzzer-beater in 2018.

Wright is reportedly making about $6.1 million this season. He’s been Villanova’s coach since 2001.