Home » Sport » Neeld: I should have given older players more time to prove themselves

Neeld: I should have given older players more time to prove themselves 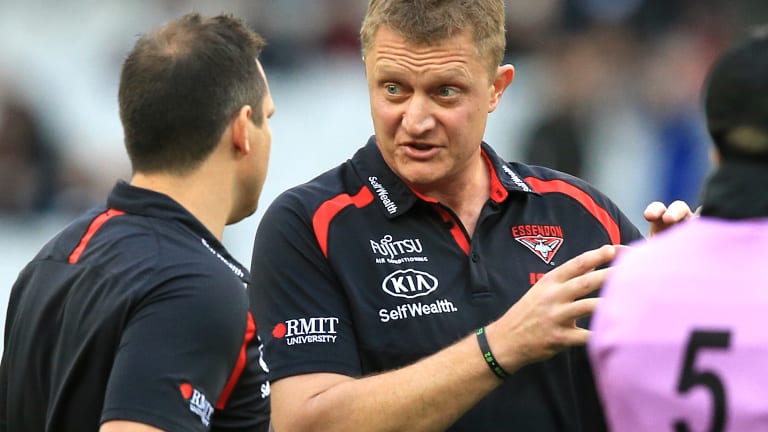 Mark Neeld during his time at Essendon.

Former Melbourne coach Mark Neeld has admitted he did not give the Demons' experienced players enough of a chance to prove their worth when he took over as coach in 2012.

However he rejects the view that the club's decision to make Jack Trengove the youngest captain in the game's history that season – when he was appointed co-captain with Jack Grimes before he had turned 21 – had a detrimental effect on Trengove's career.

Reflecting on his experiences as a coach on an AFL Coaches' Association podcast AFL Coaches: ‘A Conversation with an AFL Coach’ Neeld, who departed Essendon suddenly after round eight this season, admitted that in hindsight he should have trusted his own judgment more when implementing the Demons' plan to rebuild once again.

After being a successful line coach at Collingwood, the Demons won just four games in Neeld's first season as coach and he was sacked midway through his second season with just five wins in 33 games as coach. 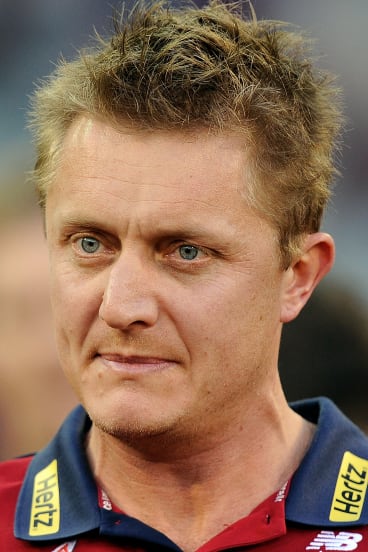 "I embraced the 'out with the old and in with the new' from day one [but] I needed to be stronger in making up my own mind about people initially," Neeld said.

"I didn't really give the [older players] enough time to show me what they could do and earn the on-field respect that you need as a player.

"I would have done that differently."

Brad Green retired at the end of 2012 while Brent Moloney joined Brisbane and Jared Rivers joined Geelong as free agents as the club made a dozen changes to the list.

On the podcast he advised prospective senior coaches to ensure their coaching style fitted what the club needed conceding his keenness to land a senior job potentially clouded his assessment of whether he was the right fit however he said he received good support from the CEO Cameron Schwab and president Don McLardy despite the lack of wins.

The Demons were overhauled soon after Schwab and McLardy departed with Peter Jackson and Glen Bartlett taking over as CEO and president.

After Neeld left in 2013 the club secured Paul Roos as coach for three seasons and they have built up to sit seventh after 18 rounds as they attempt to make finals for the first time since 2006.

Neeld also detailed the reasons behind making Trengove and Grimes co-captains in his first season as the club, with the pair taking over from Green in a move that shocked the football world.

Trengove had played just 37 games before being appointed but was an emerging midfield star in his first two seasons having been selection number two in the 2009 national draft.

After playing 42 games in the next two seasons despite appearing to struggle with groin and then foot problems, he played just seven senior games in his final three seasons with Melbourne.

He joined Port Adelaide for 2018 and has played three AFL games so far this season.

"In my mind there is absolutely no correlation between Jack being named co-captain of the Melbourne Football Club and his footballing path," Neeld said.

"To me that is ridiculous."

However he admitted there was much discussion at the time about whether they should give the captaincy to the two players after the duo, and current captain Nathan Jones, were clearly chosen as the players living the club's values and standards better than anyone else.

He said the club would have failed to remain true to the process established to choose the captain if they had not made Grimes and Trengove dual captains and figured, despite the risk, the pair would grow in the job with the support of Neil Craig.

However Neeld conceded that in hindsight factors such age, experience, potential and future capabilities could have been included in the criteria upon which leaders were chosen.

Neeld, who recently completed an MBA, played down the circumstances surrounding his departure of the Bombers.

He said his role in the coaches box was to ensure line coaches were concentrating on their area of the ground but the Bombers decided after six losses in the first eight games they could operate better without that role.