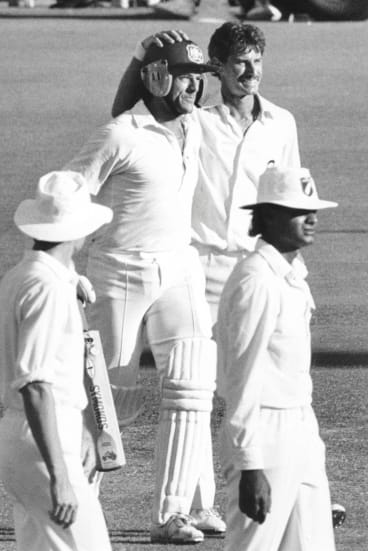 Thirty-two years since they last played Australia in a Boxing Day Test, the Black Caps are set to return for one of cricket’s iconic fixtures at the MCG at the end of next year.

Cricket Australia and New Zealand Cricket are tight-lipped but it is understood they have locked in the fixture as part of the new Test championship, which was ratified by the International Cricket Council board at last month’s meeting. The ICC is expected to announce the schedule within weeks for the first cycle starting in August next year, leading up to the inaugural final, most likely at Lord’s, in June 2021.

A CA spokesman reiterated his line from earlier this year that a trans-Tasman Boxing Day Test next year was ‘‘still a possibility’’ while NZC chief executive David White would not confirm nor deny when asked if he’d sealed the deal with his CA counterpart James Sutherland at the ICC meeting in Kolkata.

‘‘The only thing I’ll say is, I don’t think New Zealand fans will be disappointed [with the Black Caps’ Test championship schedule],’’ White said of a 2019-20 summer when they could play Australia, India and England in Tests.

England (eight times), India (six), West Indies (five), South Africa (five), Pakistan (four) and Sri Lanka (two) have all featured since then. India are Australia’s Boxing Day opponents this year.Australia are ranked third in Test cricket to New Zealand’s fourth. The Black Caps briefly moved ahead following their 1-0 series win over England last month. By the end of next year, Australia will be back to full strength, with new coach Justin Langer saying Steve Smith, David Warner and Cameron Bancroft would be welcomed back after their suspensions for ball tampering.

New Zealand have a poor Test record in Australia. After their 2-1 Hadlee-inspired series win in 1985, they won just one of their next 22 Tests in Australia, in 2011.