The Paris Saint-Germain sensation is in a race to be fit for the tournament in Russia after a fractured foot has kept him on the sidelines since February. 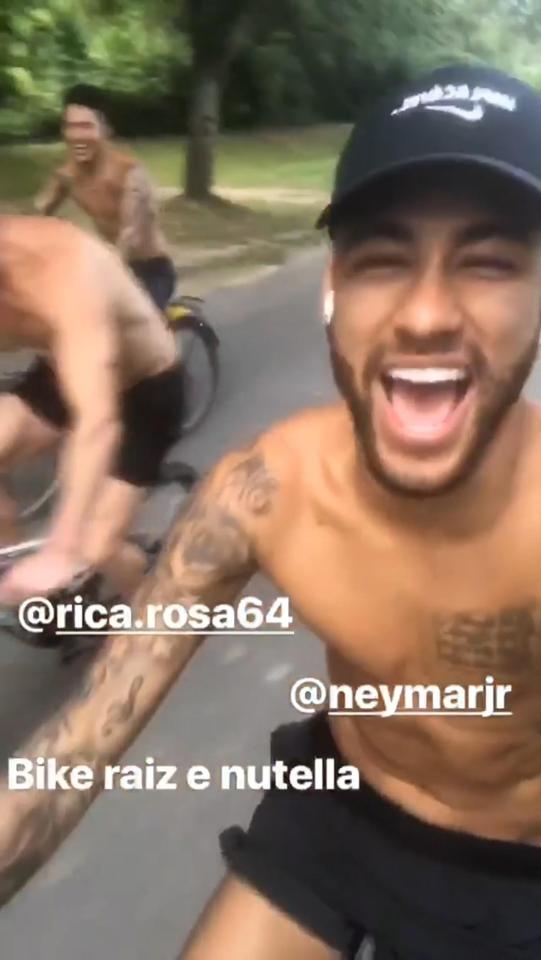 The 26-year-old has previously been spotted with crutches but donned just a pair of black shorts and a black cap as he recovers from surgery on a metatarsal injury.

Neymar is wearing a pair of wireless headphones as the camera moves to show his close friends Gil Cebola and Rica Rosa riding topless next to him.

The PSG star says: "Bike ride on the little bicycle with Rica and Gil."

Neymar appears to be in fine shape despite suggesting he will know his World Cup fate in three weeks time. 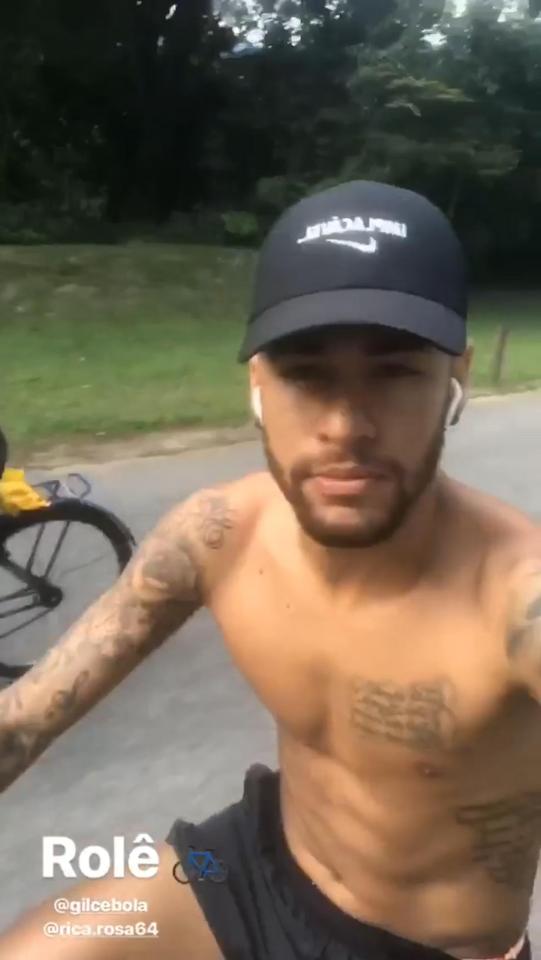 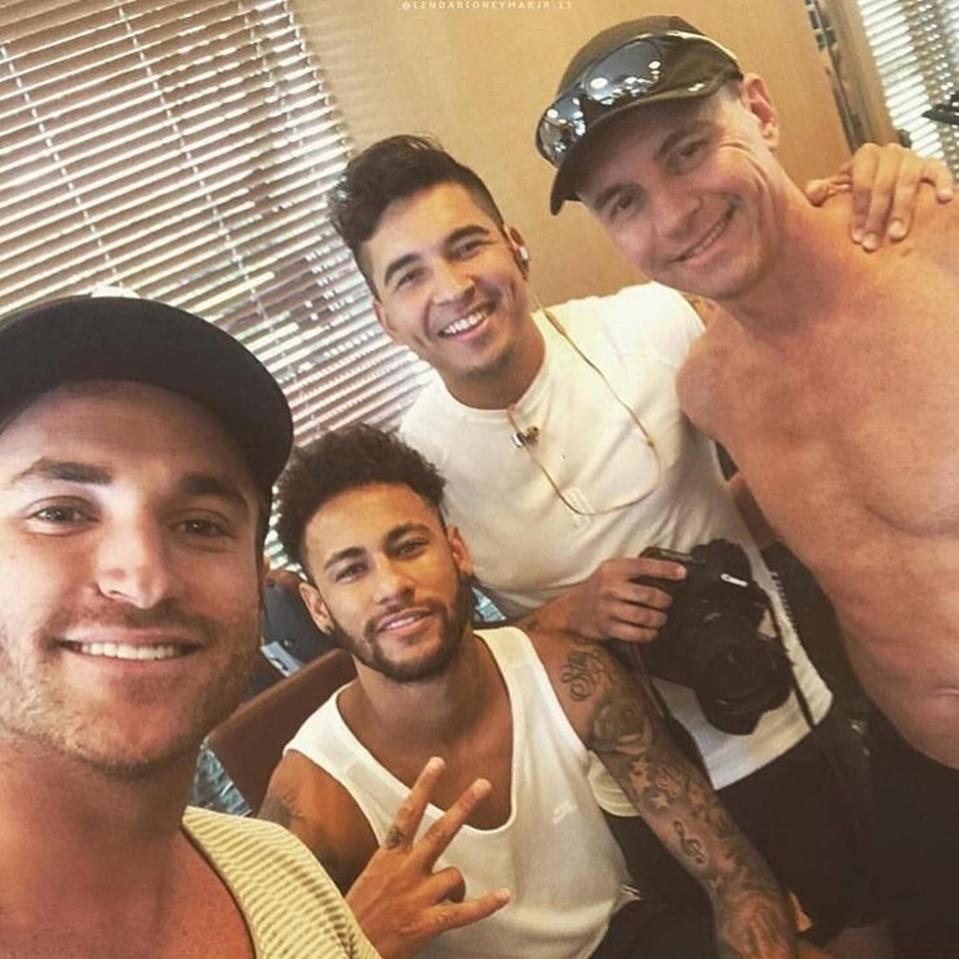 The world's most-expensive footballer is currently in his native Brazil as he continues his recovery from injury.

Brazil go into the tournament as one of the bookmaker's favourites and Neymar is reportedly hoping to make at least one appearance for PSG before the season's end to prepare for the tournament.

Speaking of his recovery, he said: "There isn’t an exact date yet. I have the last exam, if I’m not mistaken, I’m not sure, on May 17. 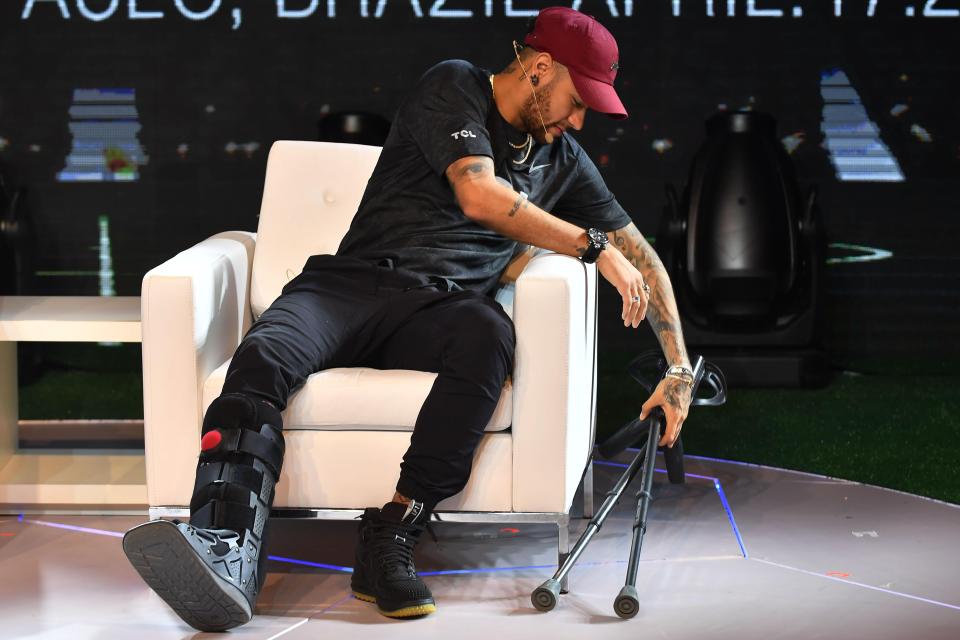 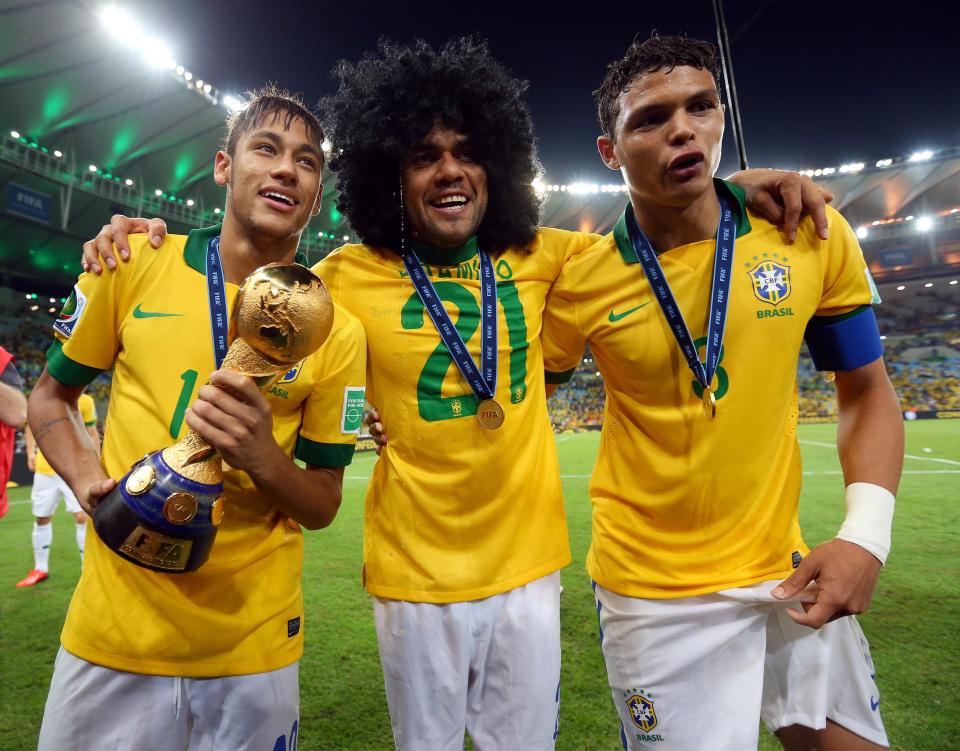 “I hope I won’t watch the World Cup on TV!

“I will have enough time to prepare. It’s evolving well. I will arrive better than I was before.”

Before his injury the Brazilian superstar was having a stunning first season in Paris, scoring 28 goals in 30 matches for the French champions.