Home » Sport » Nigeria World Cup shirt: Here's where you can see the most talked about football jersey ahead of its release

Nigeria World Cup shirt: Here's where you can see the most talked about football jersey ahead of its release Back in February, Nigeria unleashed the most stylish football kit we'd seen in donkey's years. 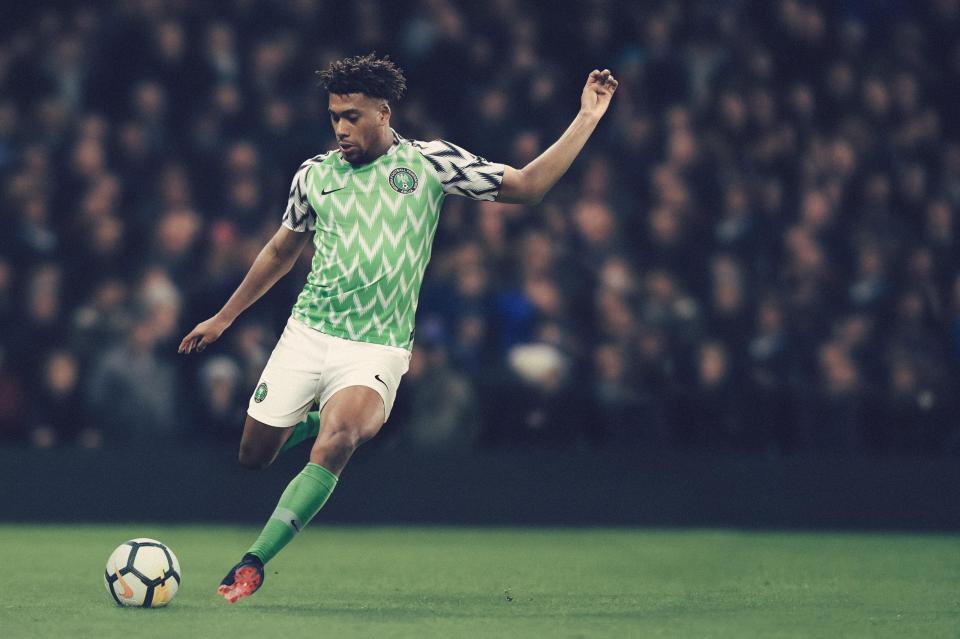 Their stunning Nike jersey, which wouldn't have looked out of place on the rave scene in the 90s, will be worn by Alex Iwobi and co in Russia for the 2018 World Cup.

The Super Eagles premiered the shirts in friendlies against Poland and Serbia in March.

But sadly, you'll have to wait a bit to get your hands on one because it's not released until June 1

However, you can see it for yourself, in the flesh, at the brilliant Fabric of Football exhibition launched by retro vintage football shirt collectors Classic Football Shirts. 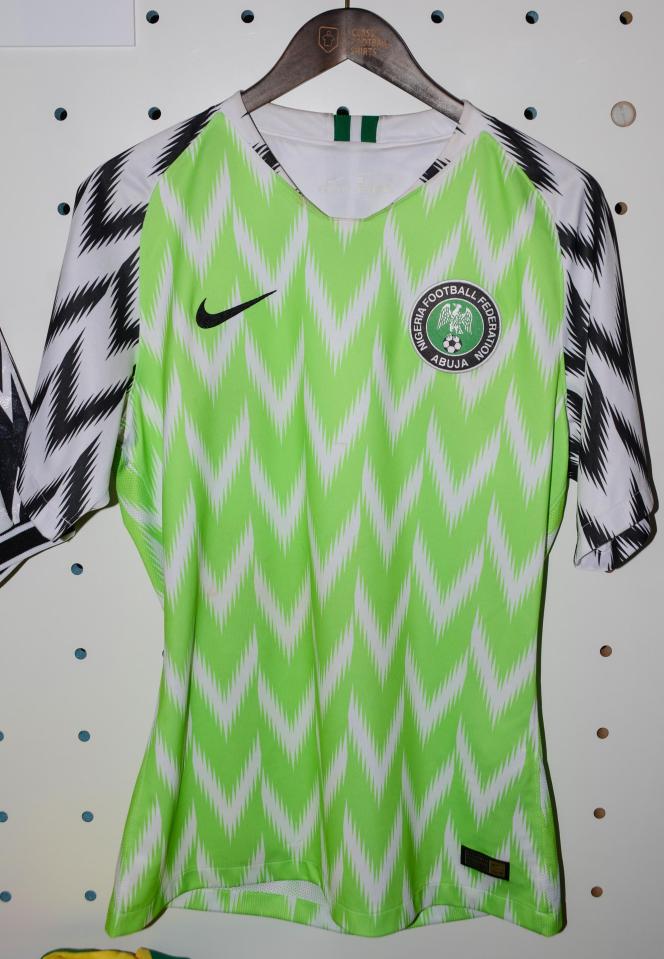 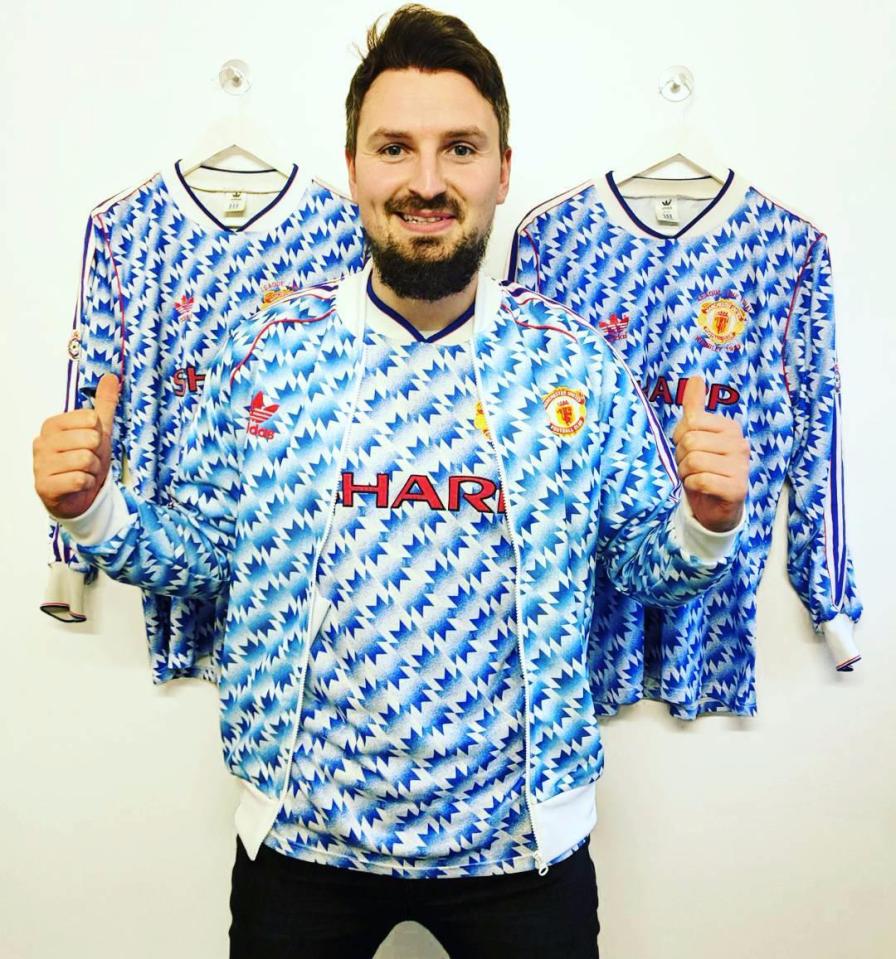 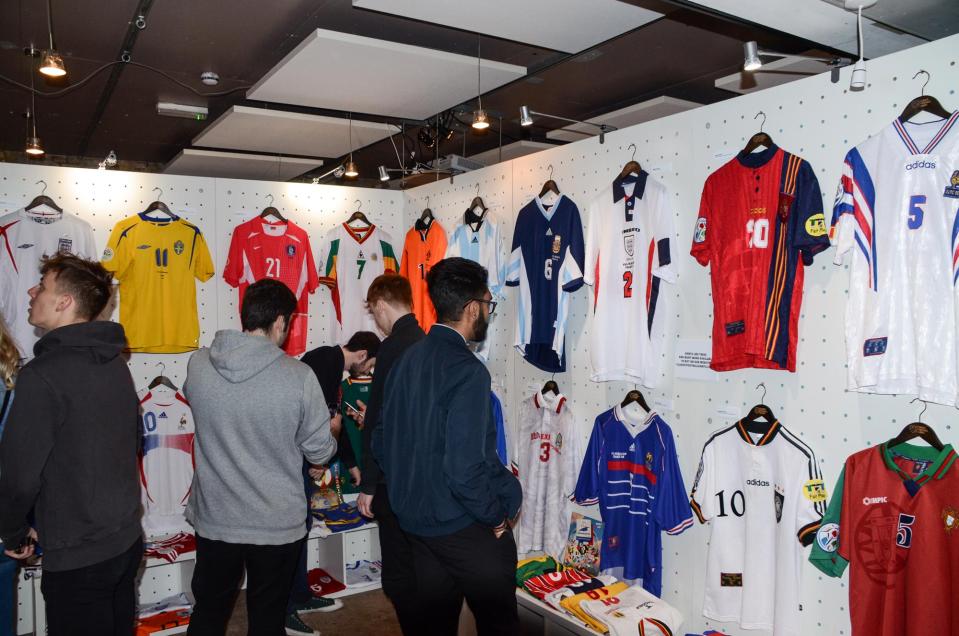 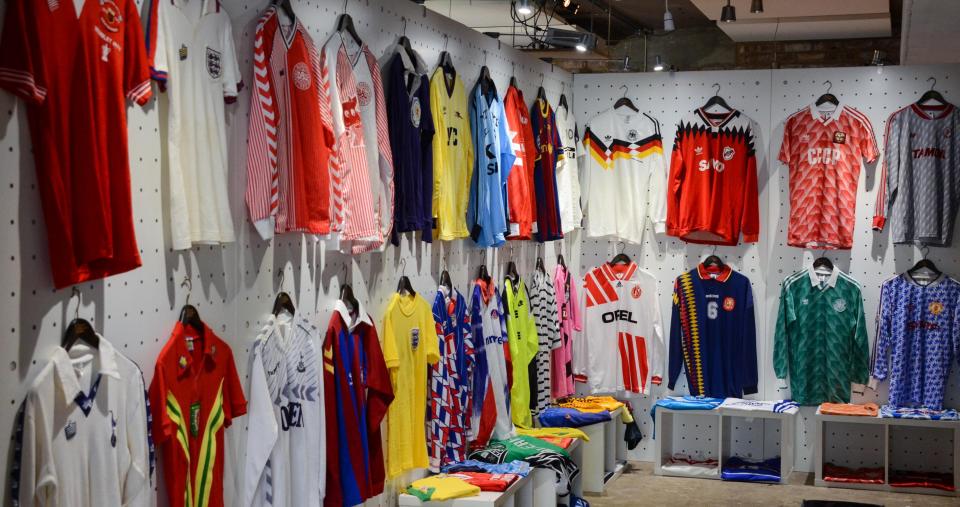 The Manchester-based company are the go-to business to find rare, worn, classic jerseys of your favourite team.

Amazingly, they've managed to get their hands on Nigeria's home shirt before it comes out in the shops.

"I think we're the only people in the UK that's got the Nigeria jersey," Classic Football Shirts founder Doug Bierton told SunSport.

"We called in a few favours to get it for Fabric of Football. We lent Nike some shirts for some photoshoots, basically their back catalogue. 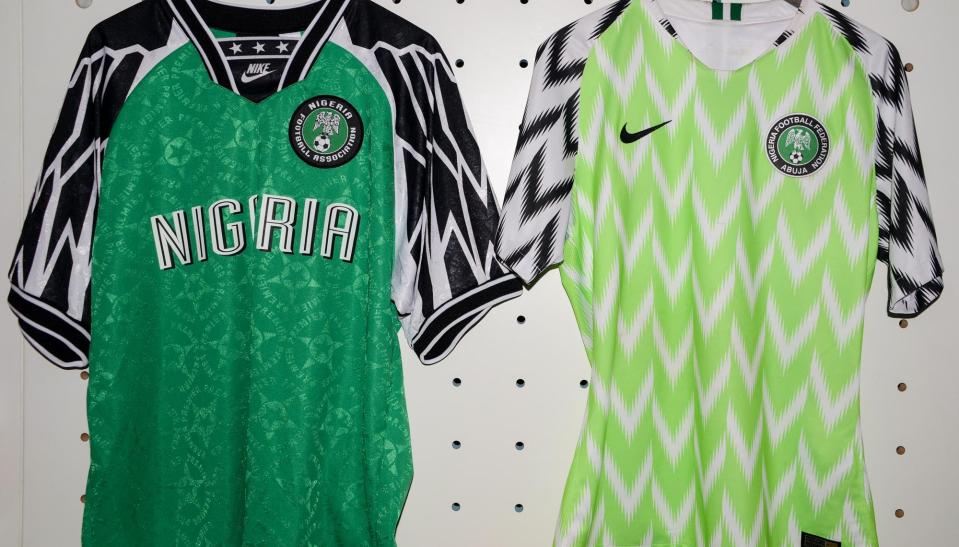 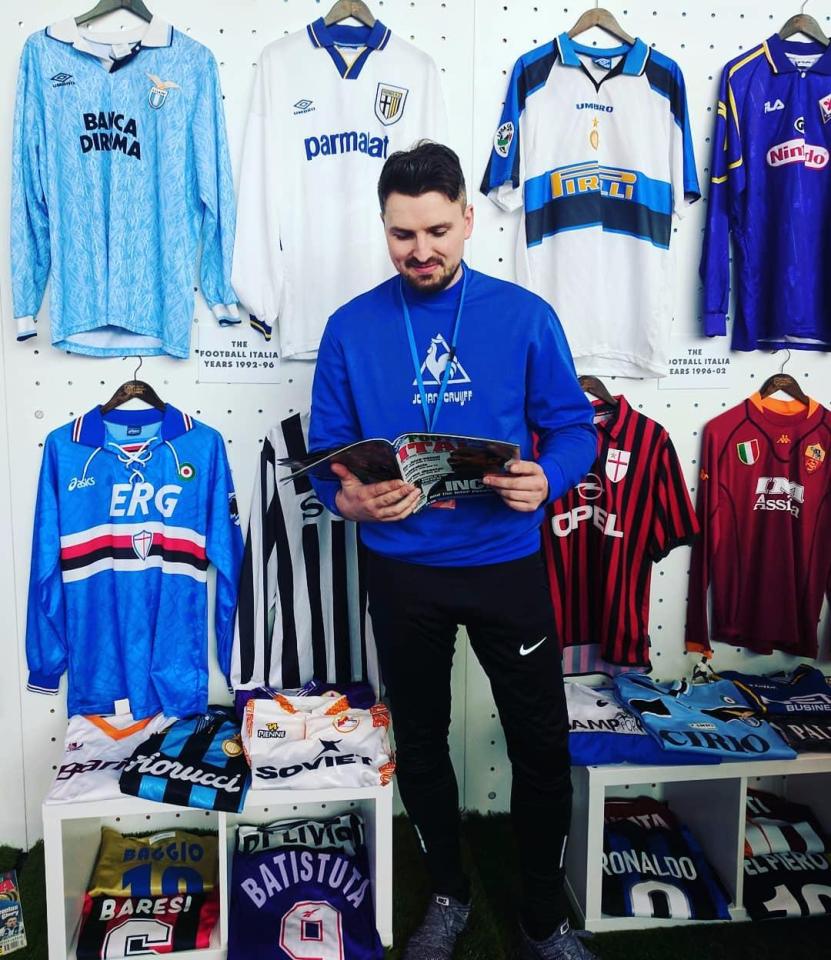 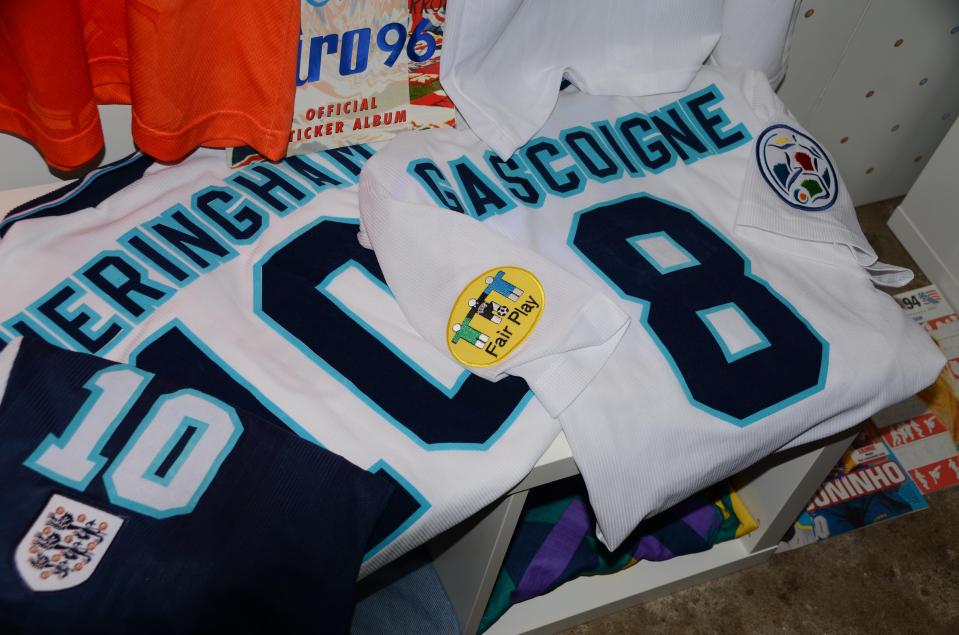 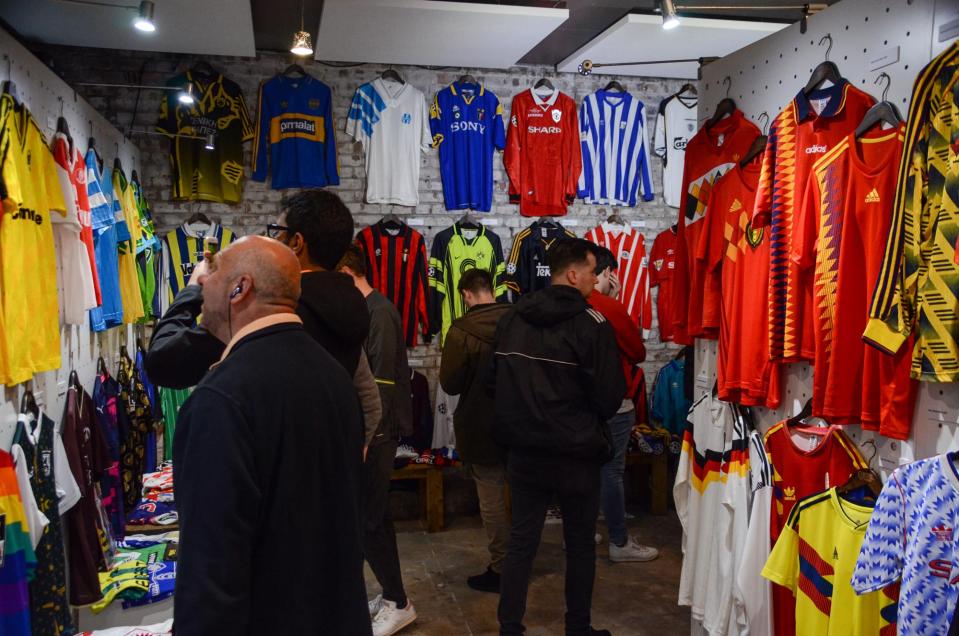 "They don't necessarily keep some of the stuff from the mid-90s, so we gave them some of our collection.

"We told them we were doing this exhibition and asked them if they'd help us out and give us the new Nigerian shirt to us. We're chuffed to have it."

When Nike announced Nigeria's clothing collection, social media blew up with football fans wanting to get their hands on some of the merch.

32-year-old Bierton from Manchester believes it's the street fashion style design that has people going mad for it online. 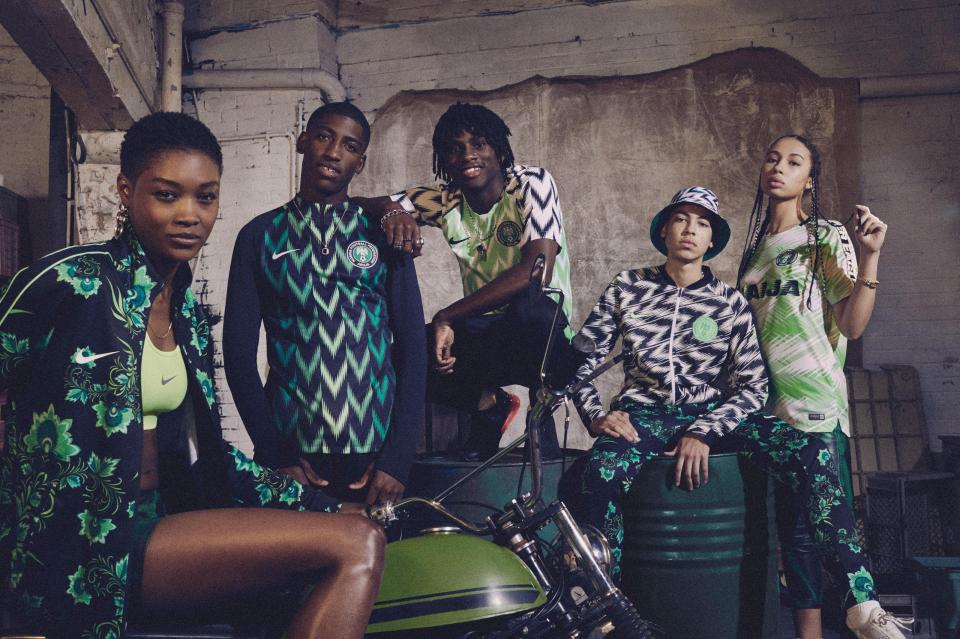 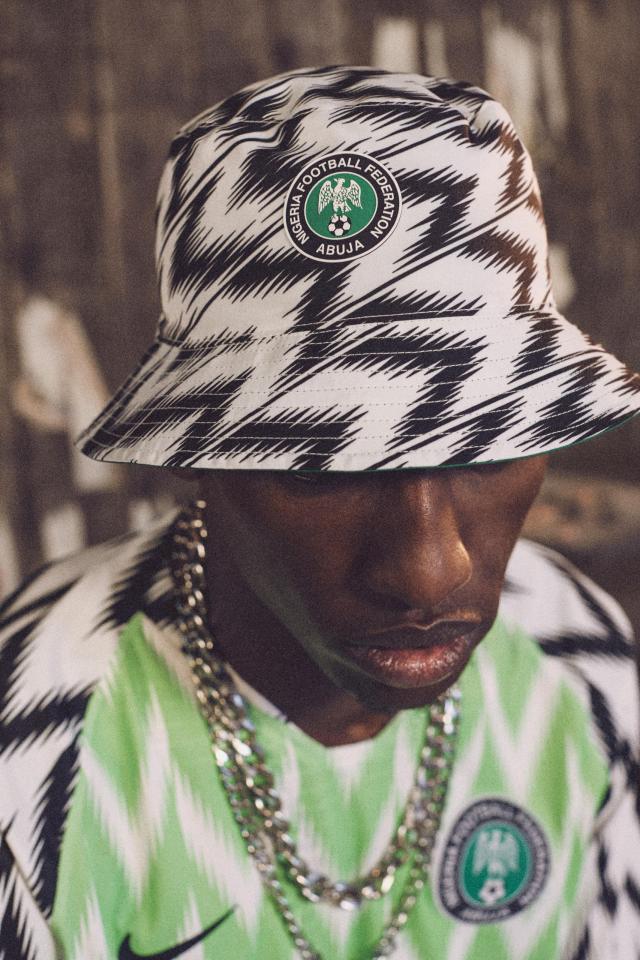 "I think its graphics, the early 90s designs are back in fashion and the manufacturers have really picked up on what people are wearing on the street," he said.

"The Nigeria shirt has got that retro flavour to it, but it's not a direct copy of previous kits.

"It's taken from a shirt they wore in a friendly against England in 1994.

"It's actually the same pattern on the sleeves that was worn by Dortmund and PSV in the 90s.

"They've managed to amalgamate the traditional pattern of the Nigeria '94 Adidas shirt with their Nike design.

"It's spot on and it's very unique really." 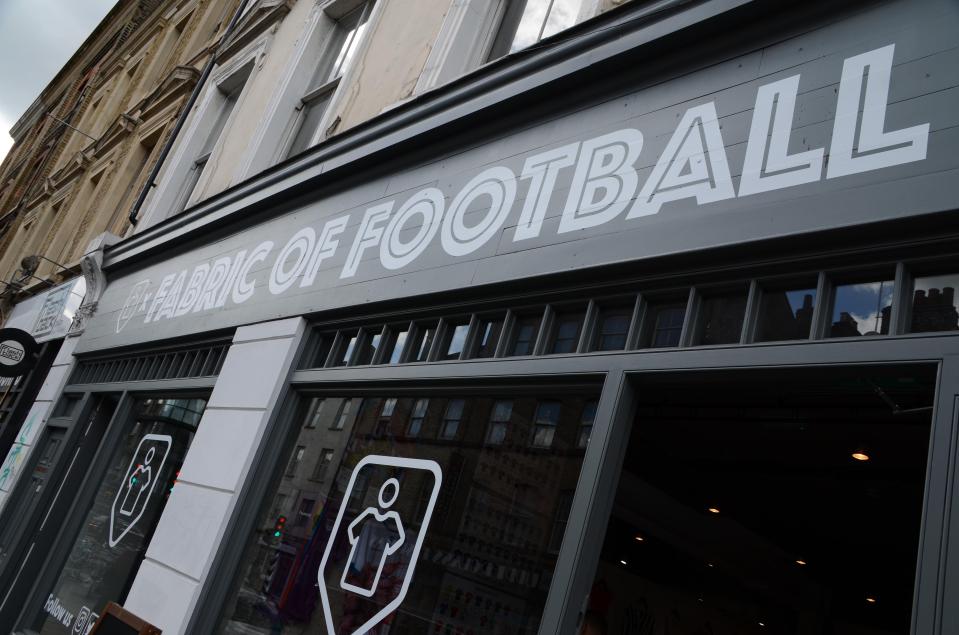 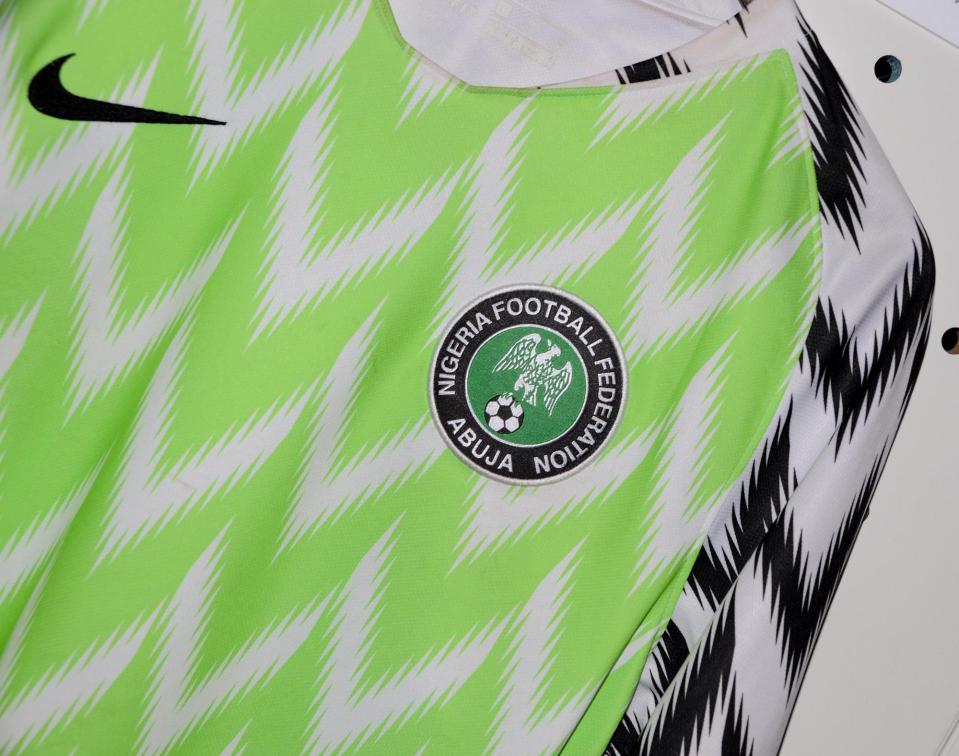 Trying to cash in on the craze, fraudsters have already started selling fake shirts online.

The Nigeria Football Federation quickly moved to tell fans to wait until the real deal are released.

“Our new 2018 kit by @Nike are not yet available on sale. As soon as they are, we will let you know," the NFF said in a statement on Twitter back in March.

“Everything currently being advertised and sold now is fake. Support the Super Eagles, buy original.”

The Fabric of Football is a free exhibition, open to the public until April 29. Visit the pop up at 133 Bethnal Green Road in London's Shoreditch this weekend.