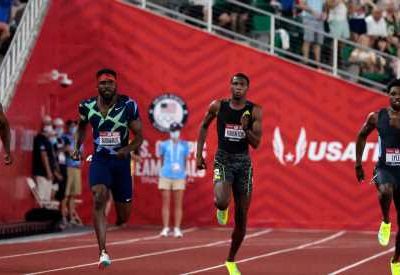 Noah Lyles has almost never lost in the 200 meter race. But one of those losses was at the 2016 United States Olympic trials, when he took fourth place.

Lyles, 23, wasn’t about to let that happen again. Despite not looking his best in the qualifying rounds, Lyles won the 200 meter final in 19.74 seconds, the fastest time in the world this year.

He will be joined by the next Noah Lyles, or perhaps the next Usain Bolt. Erriyon Knighton, a 17-year-old whose 19.88 in the semifinals broke Bolt’s under-20 record, took third with a time of 19.84. Knighton will be the youngest American man to compete in track and field at the Olympics since Jim Ryun ran in the 1500 meter race in 1964.

Kenny Bednarek finished in second place with a time of 19.78.