SPORTING Novak Djokovic refused to play on until the roof was shut properly – after French Open rival Daniel Elahi Galan slipped badly in heavy rain on the only wet half of the court.

World No1 and mop seed Djokovic condemned the farcical conditions and jokingly took to drying the court himself – before sweeping away the Colombian too, 6-0 6-3 6-2. 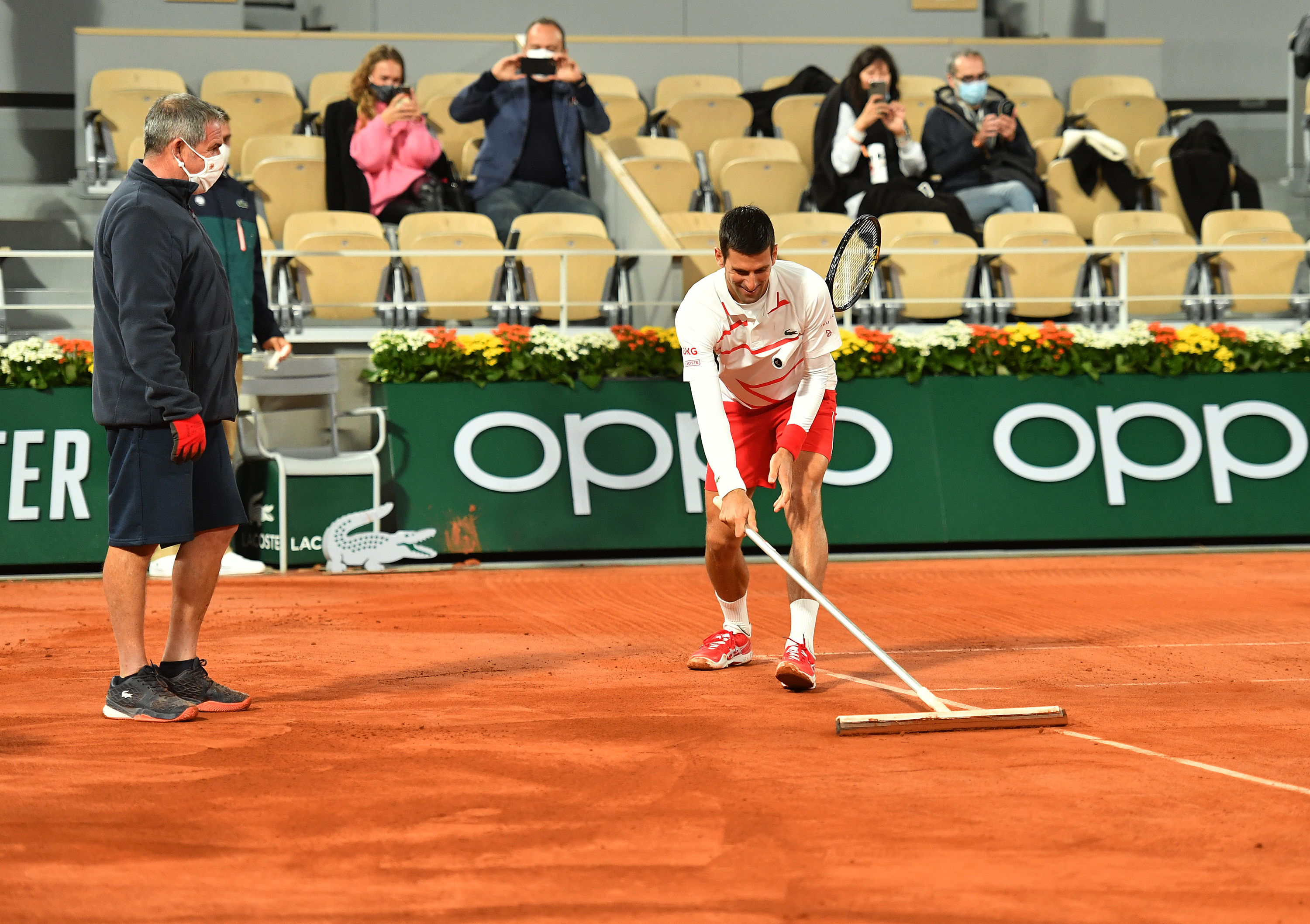 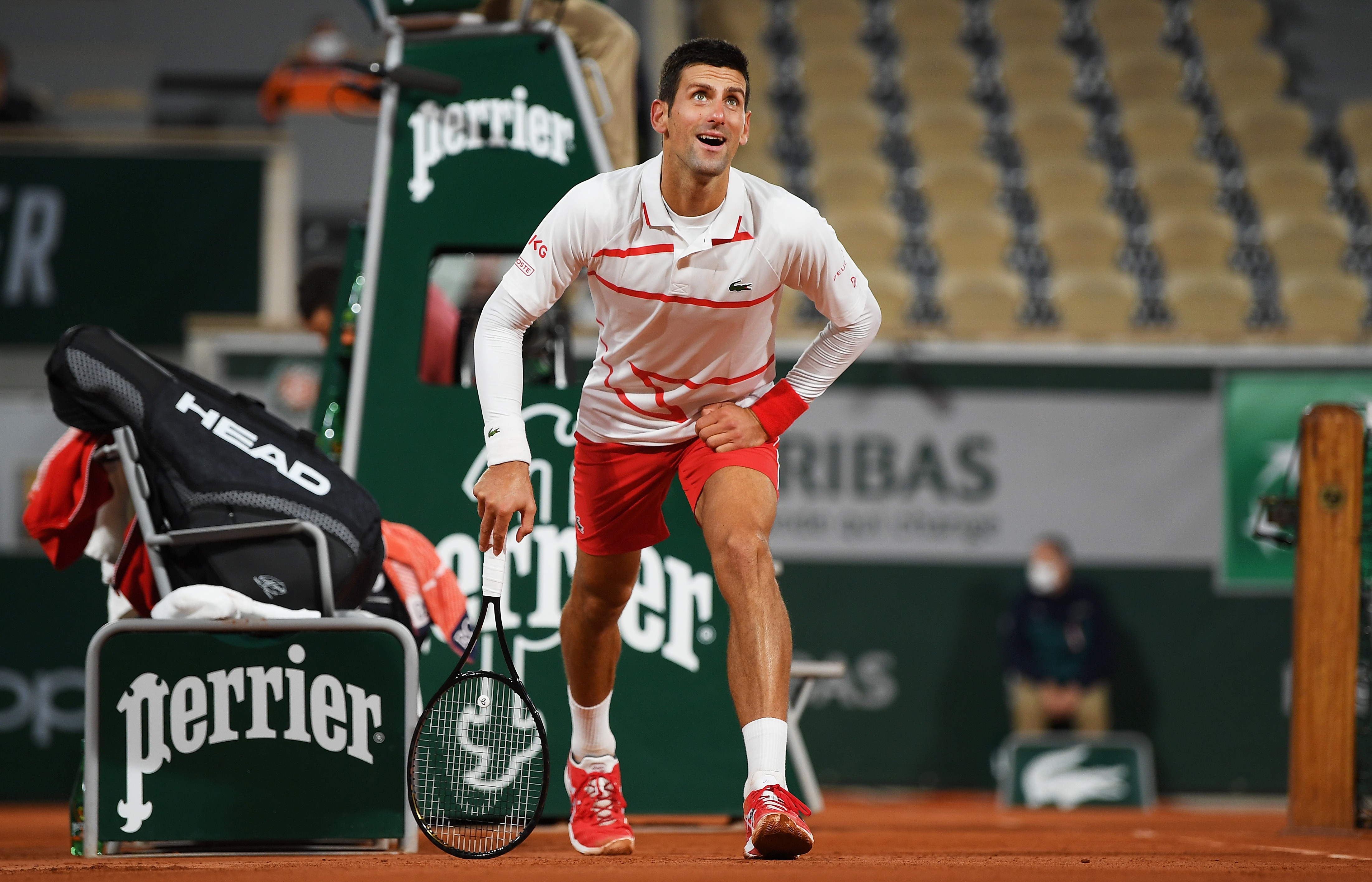 The Serb said afterwards: “I spoke with the supervisor prior to the match.

“After seeing the way the sky looked and having a first drop of rain as we were walking onto the court, I asked: ‘Why don’t we close it beginning and just play out the entire match?’

“The chair umpire and supervisor thought that it was playable.

It shouldn't take Djokovic to have to say to the umpire when it's so slippery, and that can be very dangerous

“I understand if you don’t have the roof. But this is exactly the reason why you build the roof – so why not use it?

“Particularly in these kinds of conditions when the roof is useful.

“That’s why I thought we lost quite a bit of time that affected our match. I felt it was a wrong decision in my opinion not to close the roof right away.”

British tennis legend Tim Henman was among those who backed Djokovic, who was on the dry side of the net while Galan played in risky conditions. 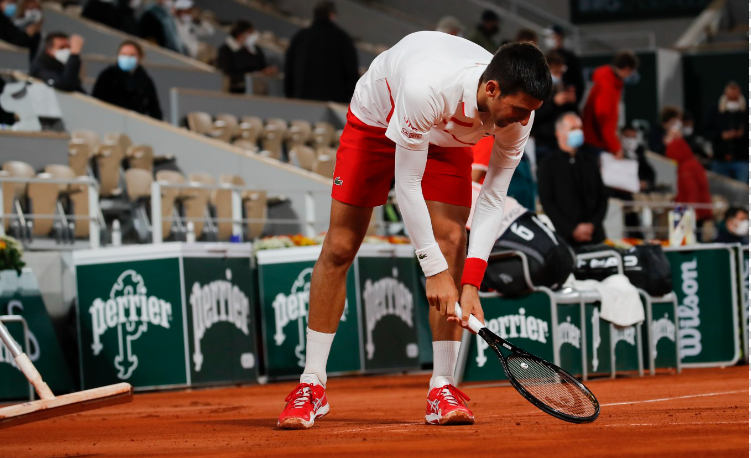 Henman told Eurosport: "It shouldn't take Djokovic to have to say to the umpire when it's so slippery, and that can be very dangerous.

"I think they definitely stopped it too late. It wasn't a great look for tennis or the tournament.

"It's interesting with the Chatrier roof, it's coming just from one end so quite quickly one end is covered but the other isn't.

"This one has to go all the way over from one end to the other."

Djokovic took the resulting delay in fine spirits, entertaining the crowd as he appeared to scoop water off the court with his racket.

And after also brushing aside Galan following the resumption, Djokovic said of the controversy: "I tried (to sweep the court) but I am not as good as the rest of the team! They do a great job.

"It was beautiful but I felt a bit frustrated, I felt I played OK. Played some fine shots, played OK at the baseline."