New Zealand's availability crisis for next week's Denver Test against England has taken another hit with Adam Blair set to be rubbed out through suspension.

Blair on Saturday was hit with a grade-two dangerous contact charge for a crusher tackle on North Queensland's Kyle Feldt in the Warriors' Friday night win in Townsville. 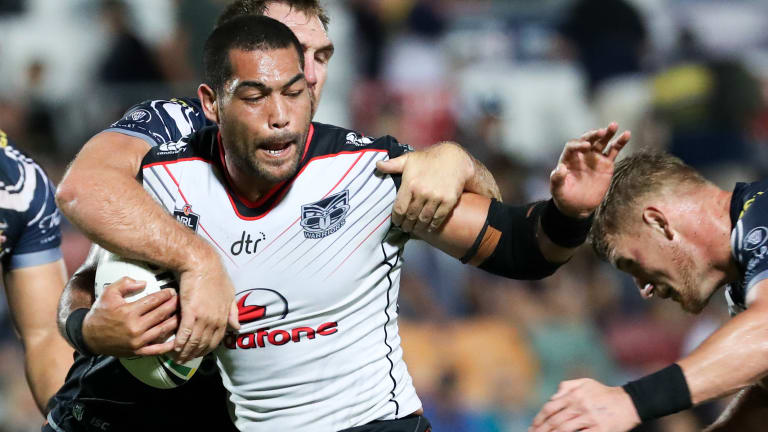 Grounded: Adam Blair will not be headed to Denver after attracting a suspension.

He will miss two games for the tackle, although that will go up to three if he attempts to fight it at the judiciary and fails.

It comes after the New Zealand Herald reported halfback Shaun Johnson, second-rower Tohu Harris, fullback Roger Tuivasa-Sheck and centre Gerard Beale had all made themselves unavailable for the Test.

Melbourne prop and former Kiwis captain Jesse Bromwich has also been ruled out with a hamstring injury.

The Denver Test has been a point of contention all year, however England will take a near-full strength side into the clash.

The Kiwis might be forced to run with youngsters Kodi Nikorima and Te Maire Martin in the halves.

Elsewhere on the juducuary front, Sydney Roosters centre Joseph Manu faces a one-game ban for contact on Penrith's Tyronne Phillips, even with an early plea.

The Warriors' Peta Hiku will escape suspension for a dangerous throw on Kane Linnett, while NSW State of Origin stars Boyd Cordner and Tyrone Peachey have not been charged despite concerns over high tackle and striking offences.