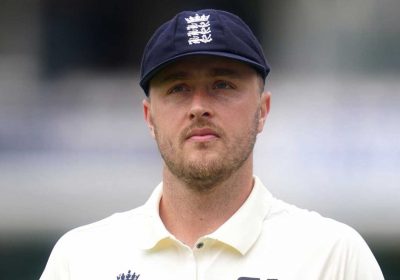 OLLIE ROBINSON is free to play for England straight away following a probe into his racist and offensive tweets.

Sussex all-rounder Robinson, 27, was banned by a Cricket Discipline Commission for eight matches – but five are suspended for two years and the other three have been served.

He said: “I’m incredibly embarrassed and ashamed about the tweets I posted many years ago and apologise unreservedly for their contents.

“I’m deeply sorry for the hurt I caused to anyone who read those tweets and in particular to those people to whom the messages caused offence.

"This has been the most difficult time in my professional career for both my family and myself.”

The tweets from 2012-14 – when Robinson was aged between 18 and 20 – came to light on day one of Robinson’s Test debut against New Zealand at Lord’s in June.

He was omitted from the Second Test pending an investigation and opted out of two Sussex matches.

Robinson now hopes to be chosen for the First Test against India on August 4.

The CDC adjudicates on breaches of rules but operates independently from the ECB.

A CDC statement said: “The panel took into account a number of factors including the nature and content of the tweets, the breadth of their discrimination, their widespread dissemination in the media and the magnitude of the audience to whom they became available.

“The panel also considered there was significant mitigation, including the time that had elapsed since the tweets were posted, and a number of personal references which demonstrated that Robinson, who chose to address the Panel, is a very different person to the one who sent the tweets.

“It also took account of his remorse, admissions and co-operation as well as the huge impact which the revelation of these tweets and its consequences have had upon him and his family.”

Robinson was also fined £3,200 and will work with the PCA to try to educate other players about the use of social media and anti-discrimination issues.

ECB chief executive Tom Harrison said: “Ollie has acknowledged that, whilst published a long time ago when he was a young man, these historic tweets were unacceptable.

“He has engaged fully in the disciplinary process, admitted the charges and will participate in training and use his experiences to help others.”