One coach in charge of all three formats tipped to remain Cricket Australia is strongly considering having the next coach of the national team retain the reins for all three forms of the game while it beds down the findings from twin reviews into the sport.

While there has been wide speculation CA would split the job and have a specialist Twenty20 role, it's understood the wish is for one coach in the short-to medium-term. That would take in the next home summer.

The governing body is likely to name Darren Lehmann's successor either this week or next with the ODI series in England to be the new coach's first assignment. CA is in negotiations with candidates but it's believed former Test opener Justin Langer is the firm favourite for the post. 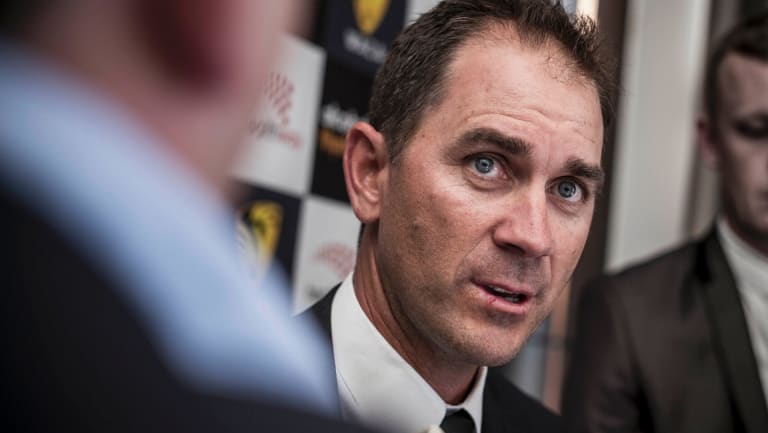 Next in line? Justin Langer is the favourite to succeed Darren Lehmann.

The plan would enable the new coach to have more control over the team's culture once the reviews into the game are completed, and avoid a fly in, fly out situation. Australia is not due to play a Test until a tour of the Middle East to play Pakistan in September and October, which will also feature limited-overs games. Australia's T20 team plays series against South Africa and India in late November before the start of the Test season.

CA has appointed The Ethics Centre, the organisation behind last year's damning report of the Australian Olympic Committee, to run a far-reaching review in the wake of the ball tampering scandal in South Africa. The review will intensify scrutiny on chief executive James Sutherland, who believes he is still the person to lead Australian cricket after the recent tumult. Sutherland, however, retains strong support from the board and last month signed off on a new $1.2 billion TV deal.

The inquiry will run alongside Rick McCosker's player-led review, which will look into the culture of the national men's team. Test captain Tim Paine, Pat Cummins and the yet to be named national coach are part of a six-person panel. Cummins' participation, alongside respected veteran George Bailey, retired international Shane Watson, who is the players union's nominee, and Ashes-winning captain Rachael Haynes, is a sign senior CA figures have the 24-year-old firmly in mind for a leadership position.

The board is yet to name a vice-captain for Paine, while an announcement on who will replace Steve Smith and David Warner as leaders of the ODI team will not be made until the squad for England is named, possibly next week. Aaron Finch is considered the frontrunner for that role. 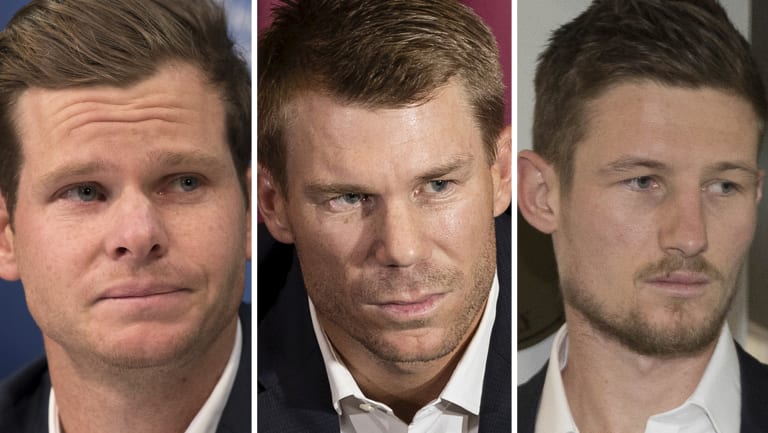 CA is looking to start implementing its findings from the reviews before the start of next season. The Ethics Centre's four-phase review will investigate what part any cultural, organisational or governance issues at Jolimont played in the disastrous tour of South Africa.

The team was slammed for what many believed to be a "win at all costs" mentality which culminated in the ball tampering plot in Cape Town. There have also been links drawn to head office, which has dropped references to the spirit of cricket in its literature and used the term "smash the boundaries" as part of its blueprint for 2017-22. The organisational review will "recommend measures that CA and Australian cricket should consider to ensure that any issues are addressed and that these or similar events never occur again", CA said.

The reviewers, led by the executive director of The Ethics Centre Dr Simon Longstaff, will interview almost every layer at the top end of the game from board members, CA management and staff to current and former players, the players union, commercial partners and media.

The player review will, CA says, "consider a behavioural charter for the Australian men’s cricket teams that balances the performance demands of elite cricket with expectations of all Australians in regard to on and off-field role modelling".

The scandal resulted Steve Smith and David Warner losing their jobs and being suspended for 12 months while opener Cameron Bancroft was outed for nine. Lehmann quit days later despite being cleared of any knowledge or involvement.