Home » Sport » Origin? Me? Honest Jack Bird needs to find himself before a NSW jumper

Origin? Me? Honest Jack Bird needs to find himself before a NSW jumper Brisbane's glorious autumn weather has done little to improve the mood of Jack Bird. He's a pessimistic playmaker at the moment, a forlorn five-eighth falling short of his expectations on the field and lumping around enough collective guilt to dazzle a backline of lapsed Catholics.

Bird has taken Brisbane's early season struggles to heart, saying he misplaced his mojo somewhere on the trip north from the Sharks and has yet to locate it at Brisbane's new high-performance palace, a sprawling concrete and glass monument to a club routinely expected to be in the top four at season's end. 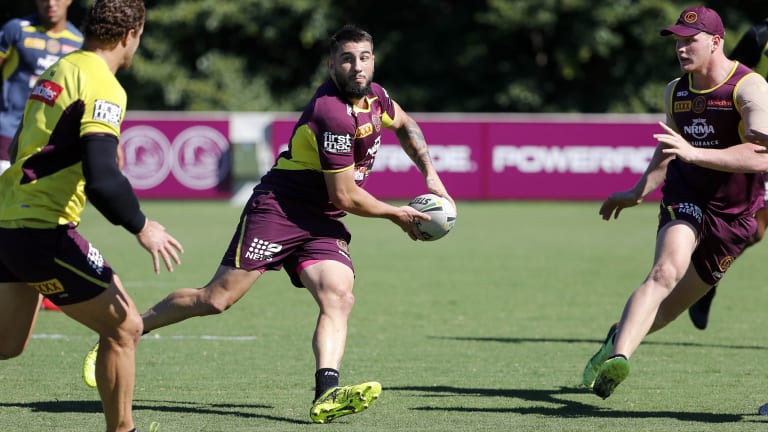 If you earned Dally M points for honesty, Bird would be an early favourite. Looking forward to the challenge? Hardly. Bird is too busy looking for the pieces of his game that made him a superstar junior, a premiership winner and an Origin player by the time he was 21.

Signed as a blue-chipper by Wayne Bennett and recently installed in the No.6 jumper, his press conference on Monday could only have been more downcast if he was literally kicking tin cans around between questions. The 23-year-old said he was only enjoying football 50 per cent of the time as he battled injury hangovers from off-season shoulder surgery and then a sternum complaint. And he almost lurched over in disbelief when told that Andrew Johns had him pencilled in as the Blues five-eighth, saying he flat-out didn't deserve the honour in his current form. 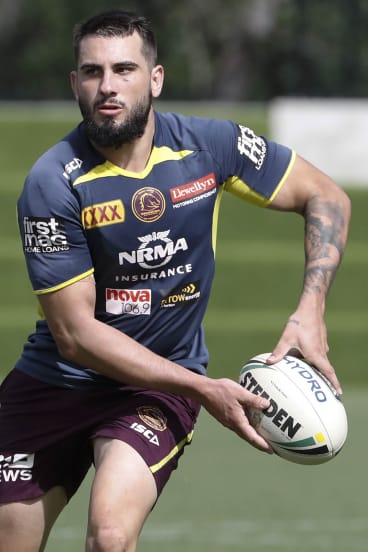 High praise: Bird has tried to deflect the big rap from Andrew Johns.

"Last week I had a pretty ordinary game (against Melbourne). I was pretty down my performance," Bird said before Thursday's clash with South Sydney. "I wasn't happy with my game. I think I let myself down and let the team down. I just need to find my mojo back and start enjoying footy again. Once I start doing that I will start playing better footy. Wayne has given me every opportunity to play to my ability."

When asked why he wasn't loving his sport at the moment, Bird replied: "It's been 50-50. Obviously we've had a few under-par performances. I know I've got to lift my game. I know I have to do better. At the same time I have to try and stay focused on the team stuff."

Bird should be commended for his straight talk. Bennett always gives the impression of a club that cannot be broken; an impenetrable fortress of professionalism and promise that rises just as everyone begins to rejoice their fall.

Bird, well, he just sounded human. Typical new guy. His body has been slow to rebound from a five-month break from the game and he understands there is pressure on his fragile shoulders after he signed a three-year deal that tipped the $2m mark.

The weight increased when he was told that Johns thought he was the man to partner James Maloney in the halves for the Origin opener in Melbourne. He knows he can play at that level but at the moment, it feels a universe away.

"That (Johns compliment) is a bit of a boost but, in saying that, it puts a bit of pressure on my back and I start thinking I have to play good footy," Bird said. "And when I start over-thinking things I am not as good as I know I can be. I have to play good footy to get that (NSW) position and no way, the way I am playing now, do I deserve that. Hopefully I can impress them in the next few weeks."

These are tricky times for the Broncos and they could certainly do with both of their million-dollar playmakers, Anthony Milford being the other, starting to fire some meaningful shots.

It's difficult to tell if Bird is unhappy in Brisbane or just uneasy with his start to the season. On the football front, he wants for nothing. In trying to find some of his old magic, he will be backed by the biggest and richest club in the code, with every possible facility at his disposal.

But he wouldn't be the first player to take some time to adjust to a move north of the border. That's why Bennett wants him to take a deep breath, play his natural game and become not just an asset but a leading light. 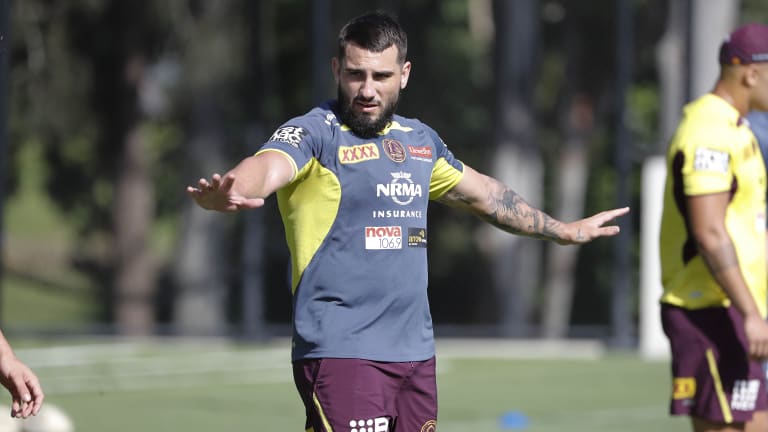 Calm down: Bird is eager to regain his top form.

Bennett, too, has something at stake. After Ben Hunt left to slay it at the Dragons, he must show he's pulled the right recruiting string by enticing Bird to the club. At 3-4 for the season, with the in-form Rabbitohs on Thursday night and the draining Origin period on the horizon, the temperature is starting to inch up week by week at Red Hill.

The other option for Brisbane is to accept that, for this season at least, they are an average football team likely to round out the eight but not likely to do any damage at the pointy end of the campaign. But that's never going to fly as long as Bennett's long, skinny shadow looms over the club he helped build. Perhaps that's why Bird looked like he was carrying the weight of the world.