Arsene Wenger marked his penultimate home Premier League match as Arsenal manager as his side inflicted a crushing 4-1 win over West Ham.

Defender Nacho Monreal put Arsenal ahead six minutes into the second half when he fired low past Joe Hart at a corner to bring the match to life after a dull first half. 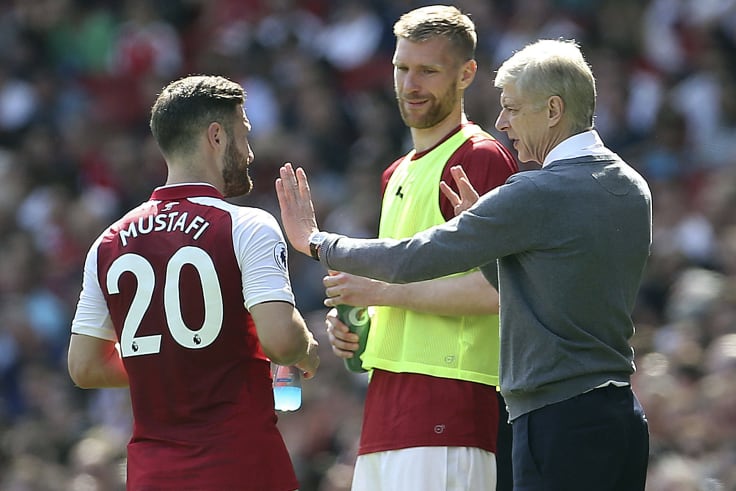 Arsenal manager Arsene Wenger has just one more home game in charge of the club.

The Frenchman was similarly coy about whether he would return to Arsenal in the future although he believes he will be leaving the club in a better position than when he first arrived in 1996.

He added: "I don't know, it does not depend on me. You look at the number of Premier League games, European Cup games, FA Cup games we have played together, we have a built a history, we have built a solid foundation on a structural front." 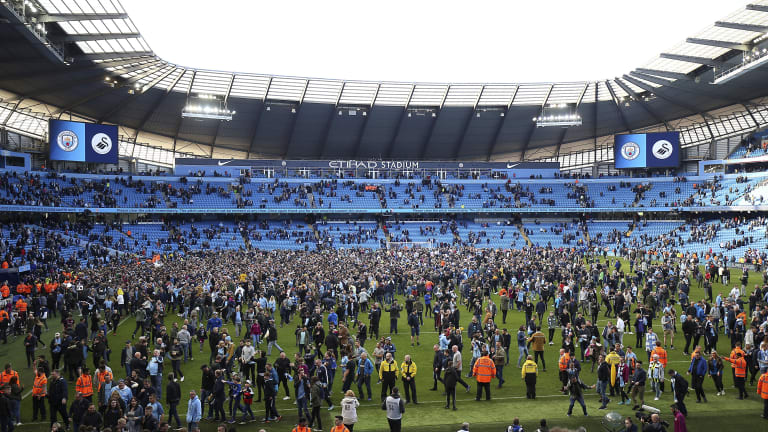 Pep Guardiola's side, on 90 points, are now seven away from equalling the record of most points picked up in a Premier League season.

Fans spilled on to the Etihad Stadium pitch at the final whistle to congratulate the City players on their success.

Elsewhere, Stoke missed the chance to give their hopes of Premier League survival a major boost when they were held to a 1-1 draw by Burnley.

Badoo Ndiaye gave Stoke the lead in the 11th minute, via a deflection off the boot of Burnley's Kevin Long — an advantage they seemed comfortable with for the remainder of the first half.

But Burnley upped the tempo after the break and drew level in the 62nd minute thanks to Ashley Barnes, his sixth goal in his last eight league games.

Neither team could find a winner, meaning that with three games to play, Stoke are four points behind Swansea City in 19th, with the Welsh side having played two games less. Burnley stay seventh, four points behind Arsenal in sixth.