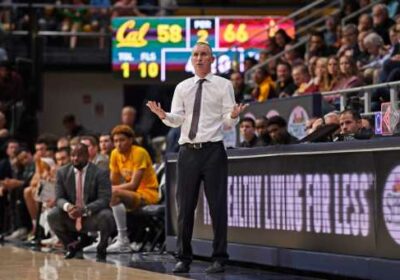 Picked seventh in the Pac-12’s preseason media poll, the Sun Devils are alone in second place thanks to a transfer-heavy starting lineup and scrappy defense.

They are 6-1 in league play for the first time since the early 1980s and have the best chance to provide the conference with a third NCAA Tournament berth, alongside UCLA and Arizona.

But that’s just one of the Tempe twists unfolding as we hit the midway point of the regular season.

Here’s the other: ASU’s greatest vulnerability is typically one of the program’s greatest strengths.

Coach Bobby Hurley has always been willing to play anyone, anywhere — from Kentucky and Kansas to Virginia and Baylor — and typically boasts one of the strongest non-conference schedules in the Pac-12.

But this year, ASU owns one of the weakest. If the Sun Devils end the season on the NCAA Tournament bubble, that could be their undoing.

What does the data say?

ASU’s non-conference schedule is No. 182 nationally, and ninth in the Pac-12, in the well-regarded Pomeroy efficiency ratings.

And in the all-important NET rankings used by the NCAA selection committee, 60 percent of ASU’s 15 victories are of the Quadrant III (below average) and Quadrant IV (poor) variety.

One reason: The Sun Devils played three teams from the Southwestern Athletic Conference (Grambling, Texas Southern and Alcorn State), plus Tarleton from the WAC and Northern Arizona from the Big Sky.

In other words, five of the 11 non-conference opponents (45 percent) are typically viewed as creampuffs.

That said, scheduling depends on both foresight and fortune. Hurley also scheduled a handful of high-level games against opponents whose seasons haven’t gone as expected:

— Nor does it help that ASU lost by 37 points at San Francisco, which is near the bottom of the West Coast Conference.

The Sun Devils are No. 40 in the NET rankings that stand at the heart of the NCAA Tournament selection process, suggesting a position on the bubble.

If that range holds into March, the committee will compare ASU’s non-conference wins, losses and strength-of-schedule to those of other teams on the bubble.

It will find that Hurley attempted to challenge his team a handful of times but also scheduled a slew of low-level foes. Some members might look favorably on the lineup; others might grimace.

The Sun Devils’ best path forward is to remove the risk.

Don’t wobble down the stretch. Don’t lose games they shouldn’t lose. Don’t finish on the bubble and, above all, don’t give the committee any chance to decide they aren’t worth of an at-large bid.

If the Sun Devils keep winning, the non-conference schedule could knock them down a few notches in the brackets, but it won’t keep them out of the tournament.

To the power ratings…

Last week: 1
Results: beat Utah 68-49 and Colorado 68-54
Next up: at Arizona State (Thursday)
NET ranking: 6
Comment: The Bruins have enough Quad I games left to make their case for a No. 1 seed in the NCAAs, but because of the Pac-12’s collective weakness, there is little margin for error in the resume-building process

Last week: 3
Results: won at Oregon 90-73 and OSU 74-69
Next up: vs. UCLA (Thursday)
NET ranking: 40
Comment: BracketMatrix.com, which aggregates dozens of NCAA projections, currently slots ASU on the 10-seed line. Sweep this weekend, and the Devils will assuredly jump to No. 7 or 8.

Last week: 2
Results: won at OSU 86-74, lost at Oregon 87-68
Next up: vs. USC (Thursday)
NET ranking: 13
Comment: No need to panic, yet. But if the perimeter inefficiency is unchanged a month from now, the Wildcats will have cause for alarm.

Last week: 8
Results: beat Colorado 68-61 and Utah 71-56
Next up: at Arizona (Thursday)
NET ranking: 67
Comment: Why the jump from No. 8? Because the Hotline has grown weary of all the Mountain school mediocrity and was in the mood for a change.

Last week: 4
Results: lost at UCLA 68-49 and USC 71-56
Next up: vs. Washington State (Thursday)
NET ranking: 63
Comment: The Utes are 1-3 against the top half of the conference and 4-0 against the bottom half — a huge improvement over last season but not enough to get them into the NCAAs.

Last week: 5
Results: lost at USC 68-61 and UCLA 68-54
Next up: vs. Washington (Thursday)
NET ranking: 60
Comment: The softest stretch of the conference schedule has arrived. Will the Buffs take advantage? It’s all about avoiding the No. 8-9 game in Las Vegas.

Last week: 6
Results: lost to ASU 90-73, beat Arizona 87-68
Next up: at Cal (Wednesday)
NET ranking: 68
Comment: The Ducks merely need to sweep the Bay Area to generate real momentum. It’s so close, and yet — quite possibly — so far away.

Last week: 10
Results: beat Stanford 86-69 and Cal 81-78 (OT)
Next up: at Colorado (Thursday)
NET ranking: 128
Comment: Good thing the Huskies secured that victory over Cal. From the looks of the schedule, their next win won’t be coming for many, many weeks.

Last week: 11
Results: lost at WSU 66-51 and Washington 81-78 (OT)
Next up: vs. Oregon (Wednesday)
NET ranking: 249
Comment: We didn’t realize the Bears are taking a religious studies course on the life of Lazarus.

Last week: 9
Results: lost to Arizona 86-74 and ASU 74-69
Next up: at Stanford (Thursday)
NET ranking: 229
Comment: The Beavers have three losses by five points or less. The opponents in those instances: ASU, USC and Duke.

Last week: 12
Results: lost at Washington 86-69 and WSU 60-59
Next up: vs. Oregon State (Thursday)
NET ranking: 151
Comment: We didn’t hesitate to put Stanford in the 12th spot. Given the state of affairs on the bottom tier of this conference, that’s quite an indictment.

*** Pac-12 Hotline is not endorsed or sponsored by the Pac-12 Conference, and the views expressed herein do not necessarily reflect the views of the Conference.