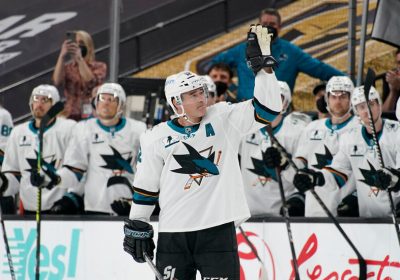 Patrick Marleau of the San Jose Sharks skated on N.H.L. ice for the 1,768th time on Monday, setting the league’s record for the most games played. Marleau passed Gordie Howe, the six-time scoring leader and most valuable player known as “Mr. Hockey.”

Marleau started the game against the Golden Knights and after its first whistle, the match was halted to honor him with an announcement, a video montage, a message from N.H.L. Commissioner Gary Bettman and a lengthy applause he saluted the crowd in Las Vegas by raising his stick. The Sharks wore jersey patches with Marleau’s uniform No. 12.

Howe initially set the record in 1961. The most recent player in the four major North American professional sports leagues to set a record for games played had been the N.F.L. kicker Morten Andersen in 2004.

Marleau, 41, has not missed a game since the 2008-9 season and has played in more than 98 percent of the possible games over 23 seasons with San Jose, Toronto and Pittsburgh. To put his feat in perspective, the N.H.L. will welcome its 32nd franchise in the 2021-22 season, the Seattle Kraken. They will not play their 1,768th game until 2043.

Since Marleau debuted in 1997, the league has changed rules and canceled a season because of a labor dispute, and the style of play has changed.

“The game when he started was completely different than the game he’s playing now,” said Los Angeles Kings Coach Todd McLellan, who coached Marleau for seven seasons with San Jose. “Just think of the number of lockouts, the number of rule changes, the type of body contact, the fighting that has disappeared, the intimidation factor, the type of refereeing that we saw back then to what we see today, technology, coaching, goaltenders, size of equipment.”

He continued: “If he started a journal from Day 1 until now, I’d be the first guy to read it, because he would be able to tell a long story about a great game that’s changed over decades.”

That story would include Marleau’s well-decorated trophy case. He has won gold medals twice at the Olympics and once at the World Championships and the World Cup of Hockey. He ranks 23rd on the N.H.L.’s career goals list with 566 and sixth in game-winning goals in the regular season and playoffs.

But he is missing the N.H.L.’s ultimate prize. Before beating Howe’s record, Marleau had already accomplished another feat of longevity, albeit an ignominious one, having played the most games without winning the Stanley Cup.

Marleau has played in four conference finals and one Stanley Cup finals series, the Sharks’ loss to the Pittsburgh Penguins in 2016. The Sharks entered Monday’s game needing a serious run to reach similar heights, 5 points out of a playoff spot with 12 games remaining, but an elusive Cup still drives Marleau’s passion.

“I want to be looked upon when I’m gone that I gave it my all, enjoyed the game, loved the game, loved being around the team and loved winning games,” Marleau said. “Those are the biggest things, obviously if I can add a Stanley Cup win before I retire then that would be ideal for me. But just having the right characteristics being a great teammate and a great player, that’s kind of what I would like to be known for.” 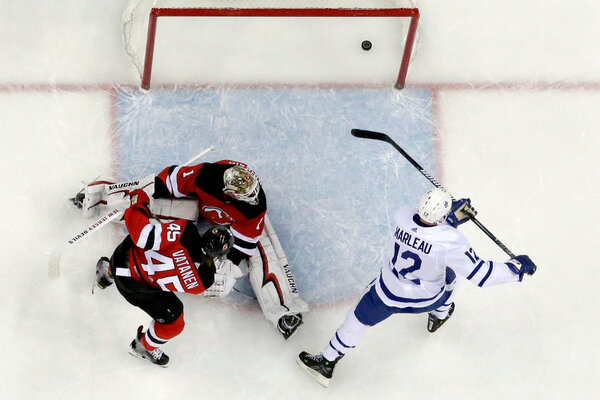 Late in his career, Marleau has become a sort of liaison between his coaches and the youngest players on the team, putting into practice the early tutelage he received from Sharks veterans, particularly goalie Kelly Hrudey.

Peter DeBoer, who succeeded McLellan in San Jose and coached the Sharks to the finals, first encountered Marleau while coaching Canada’s under-17 national team. DeBoer, who now coaches Vegas, said even then teammates were drawn to Marleau’s confident but unassuming demeanor.

Marleau’s path is simultaneously classic and modern, going from a farm in Western Canada to a player who honed his conditioning, injury prevention and anti-aging routines over time and adapted his game as the sport evolved.

“What Patrick has and is maybe missing from today’s generation is that he’s farm tough. He’s a big, thick, strong Saskatchewan farm boy,” said McLellan, who is also from the province. “That’s what he started out as, and then he was committed to training and to his fitness.”

Of the more than 8,000 players who have played in the N.H.L. across its history, the two most durable were both from Saskatchewan.

The two had a meeting at the 2009 All-Star Game in Montreal, when Marleau and his oldest son were playing with mini-sticks in an arena hallway. Howe grabbed a stick from Marleau’s hand and began playing with his son, in a moment Marleau said was etched into his memory.

But only Howe has played in five different decades. His career began in 1946 and appeared to end in the early 1970s as the toll of so many games manifested in the form of arthritis and other injuries.

After two seasons away, Howe returned to the ice in 1973 to play with his sons — Mark and Marty — and logged another 419 games in the World Hockey Association with the Houston Aeros and the New England Whalers.

The leagues eventually merged, and Howe played another N.H.L. campaign with the Whalers in the 1979-80 season. Marleau would need to play roughly five more seasons of the usual 82 games to eclipse Howe’s professional total.

Mark Howe said that his father, who died in 2016, would be enthused to see Marleau break his record, and that he held fellow competitors in high regard.

“The knitting that unites guys who play so long is called passion,” said Mark Howe, a Hall of Famer himself. “He’s got good size and he’s a powerful skater. He scored a lot of goals, big goals, over the years when the Sharks were at their peak.”

During the first and longest of Marleau’s three stints in San Jose, from 1997 to 2017, he helped the team make 17 playoff appearances. He left for Toronto, but the Sharks wanted to keep him so much that the star center Joe Thornton was willing to take a lower salary for the team to accommodate Marleau.

McLellan once said that Thornton was “cut from the old cloth” and described Marleau similarly, saying that Marleau offered a connection to hockey’s past. He, Thornton and Washington Capitals defenseman Zdeno Chara are the only remaining players drafted in the 1990s.

Even after setting the career record, Marleau can still achieve another mark of longevity.

If Marleau plays another full season next year, he would surpass Doug Jarvis’s record of 964 straight games, though he would have to contend with Florida Panthers defenseman Keith Yandle, whose 912 games is the only active streak longer than his.

And there’s of course still the pursuit of a Stanley Cup.

“As long as my family is willing to keep supporting me, seeing me off on road trips and welcoming me home coming back,” Marleau said, “we’ll try to keep it going as long as we can.”