Home » Sport » Paul Skipp, the Master of Thwack at Wimbledon

Paul Skipp, the Master of Thwack at Wimbledon 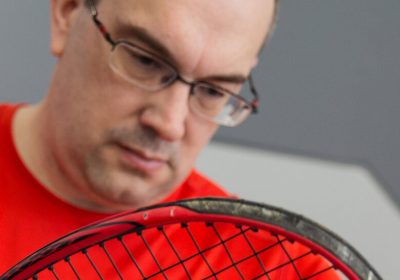 In the shadow of No. 1 Court at the All England Club, Wimbledon’s stringing team is readying for a crush of requests. The day before the tournament starts, the team usually strings about 500 rackets, carefully following players’ instructions about tension levels, knot placement, logo color and string type. Then, the team will come back the next day and do another 500 rackets.

“If we do a good job, and the player wins the tournament, excellent, great, fantastic, we feel we’ve done our part,” said Paul Skipp, who has been Wimbledon’s head stringer since 2014.

Players restring their rackets mainly because strings quickly lose tension, and they need to be confident that the ball will come off their strings in a certain way. Led by Skipp, Wimbledon’s stringing team works long days, sometimes past midnight. Depending on personal preferences, weather and time spent on the court, players may get their rackets strung every day. At Wimbledon, players will use freshly strung rackets for only one match.

Skipp, 51, figures he has strung rackets for 10 players who have won Wimbledon titles, including Angelique Kerber of Germany in 2018. When the Scottish player Andy Murray made his 2005 Wimbledon debut, Skipp was there to string for him. He has worked on Rafael Nadal’s rackets at previous Wimbledons. He regularly strings for Alison Riske of the United States. In 2019 at Wimbledon, she upset the top seed Ashleigh Barty and reached the quarterfinals of a Grand Slam for the first time. 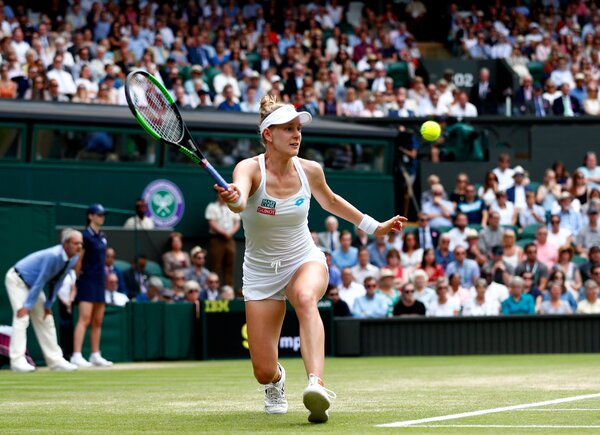 “Paul is absolutely my go-to stringer at Wimbledon, and I’m so grateful for all of the good juju he puts over my rackets there,” Riske said via email. “Paul is good at what he does for many reasons, but first and foremost, I believe it’s his consistency. Consistency with how he strings and then how my strings feel to me in return.”

If players do not use Wimbledon’s stringing service and pay the $28 per racket fee, then they pay for an off-site service. But over the past decade, the number of rackets strung by the on-site service has more than doubled, and Wimbledon’s stringing team has nearly doubled. The 16 team members come from a mix of European countries: Spain, Italy, the Czech Republic, Switzerland, the Netherlands and Britain. “We are a bit of a family,” Skipp said.

In 2009, when Jeremy Holt’s company Apollo Leisure took over the stringing operation at Wimbledon, the team worked on 2,300 rackets. Holt expects that the team will string about 5,500 rackets during this year’s tournament.

“The tournament services throughout the world have improved considerably, so I think the players have more faith in them,” he said, explaining the increase. “People who are at the top of their game as racket stringers are involved.”

At Wimbledon, players, or more often, coaches, drop off rackets at the service’s front desk and explain how they want them strung. A racket then goes to a team member, who puts it on a stringing machine. The main strings and cross strings get measured out, threaded through the frame, tightened to the player’s desired tension and knotted. It is generally considered that lower tension gives players more power; higher tension gives players more control.

“If I request tighter than my average, then I expect it to feel so, or vice versa,” said Riske, who is ranked No. 31 in the world. “And that is where a stringer like Paul is truly priceless because he will nail it every time, and I trust his ability, so it is one less worry for me, which is very important.”

Players can request a certain stringer. That typically happens when a player has a past working relationship or familiarity with a stringer, the way Riske has with Skipp, or when a player has done well at a tournament with a stringer. But generally, a player’s rackets are assigned to a team member based on scheduling considerations. Skipp tries to ensure that all of a player’s rackets can be strung by the same team member throughout the tournament.

Skipp expects a tournament stringer to easily finish a racket in 20 minutes. If it is needed on court, then he said, “we turn on the afterburners, and you could be looking at 10 to 11 minutes.”