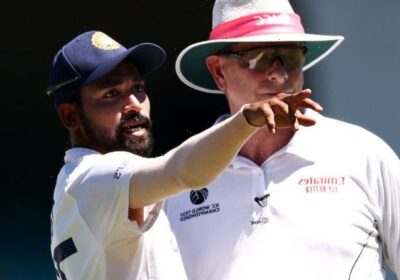 Players will be encouraged to report racial abuse in the crowd and even stop play to alert authorities, as part of new guidelines endorsed by several of the country’s major codes aimed at stamping out racism from sport.

The AFL, NRL, Cricket Australia and the SCG are among the major sporting organisations and venue operators to have endorsed Spectator Racism Guidelines to be released by the Australian Human Rights Commission on Wednesday.

The catalyst for the measures, a part of the “Racism. It Stops With Me” campaign, was the abuse directed at India fast bowler Mohammed Siraj during the Sydney Test in January, which prompted the Commission to approach various codes around the country, clubs, players, venue operators and antiracism experts to find an effective and consistent approach in addressing crowd racism.

Other organisations to have endorsed the guidelines, which aim to protect spectators, officials and players, include Adelaide Oval, Venues NSW, Golf Australia and Tennis Australia.

Under the guidelines for the safe and swift reporting of racist incidents, players will be trained to alert security officers or police and the team captain to spectator racism. This may require play to be stopped, as happened in Siraj’s case after he reported the abuse to the umpires.

While there have been numerous instances of racist abuse directed at athletes, it is not common for players to take action at the time – a notable exception being Sydney Swans champion Adam Goodes, who immediately reported being called an ape by a fan to security. 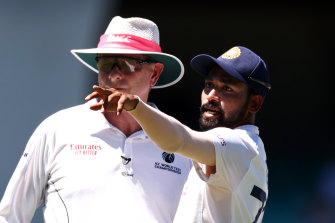 In anticipation of the possibility of racist incidents at events, sports and venue operators should create policies which explicitly state a zero-tolerance approach to discrimination and vilification no grounds of race, the guidelines say.

They are encouraged to take decisive action to immediately respond to such incidents, including the removal of a fan from the stadium. Sanctions for fans found responsible for racist abuse include bans from stadiums, loss of membership, with re-entry contingent on participation in anti-racism training.

The targets of racism and bystanders who report it are also to be supported with access to free or affordably and culturally sensitive counselling and social support services, under the guidelines.

“Sport holds a unique place in Australian society – it encapsulates our values of equality and fairness and helps us connect to each other – but unfortunately, racism in sport remains an ongoing issue,” Race Discrimination Commissioner Chin Tan said.

“When racist incidents happen, they can have a long-lasting impact on those affected, and damaging social consequences. There is no place for racism anywhere, and that includes sport.

“We need consistent and strong responses to spectator racism across the sporting codes to send a united message that racism will not be tolerated, and that there will be serious consequences when it occurs.”

A Cricket Australia investigation found that Siraj had been subjected to racial abuse by fans but cleared the six spectators who were ejected from the SCG.

“We are in the pursuit of getting better at managing these situations. We want to prevent things from happening but also be proactive in the processes when things do happen,” CA’s head of inclusion and diversity Rana Hussain said.

Sports news, results and expert commentary. Sign up for our Sport newsletter.