Home » Sport » Players to Watch at the Australian Open

Players to Watch at the Australian Open 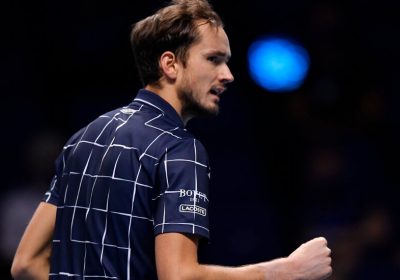 The Australian Open has largely belonged to just two men since 2004, with Novak Djokovic and Roger Federer winning 14 of 17 titles. With Federer sidelined by an injury, Djokovic is the obvious favorite, and there are just two other clear-cuts: Rafael Nadal, who captured his 20th Grand Slam singles title last year in France and could claim his record 21st in Australia, and Dominic Thiem, who earned his first at the 2020 United States Open. (Thiem also beat Nadal in last year’s Australian Open and pushed Djokovic to five sets in the final.)

The women’s draw is more open, but it has a few players in the spotlight. As with the men’s side, it starts with the top three in the rankings: Australia’s own Ash Barty, the world No. 1, who did not play in 2020 after the lockdown; Simona Halep, who reached the semifinals of the Australian Open last year, and had a win streak of 17 matches and three titles; and Naomi Osaka, winner of three Grand Slam events, including the 2019 Australian Open.

Then there’s Serena Williams, whom people will watch because of her all-around greatness. If she wins this year she will tie for the most Grand Slam singles titles among women with 24.

But there are less-recognizable players who could have deep runs into the second week and might even win. Here are six to watch in 2021.

The men’s Top 10 has several rising stars like Stefanos Tsitsipas or Alexander Zverev, but Daniil Medvedev is the best bet to take home the title. To win, a player will likely have to take down two of the top three seeds, and he is the best candidate.

While Medvedev’s 16-19 record versus Top 10 players may sound poor, it’s the highest for a player without a Slam. He’s winless against Federer, so that absence improves Medvedev’s odds.

Medvedev, the 6-foot-6 Russian with the big serve and persistent baseline game, emerged as one of the game’s top returners and a Top 5 player in 2019. Grinding his way to two Masters 1000 titles, he also reached six straight finals, including the U.S. Open, where he took Nadal to five sets.

Most notable was his triumph in November at the ATP Finals, where he had five straight wins, over Diego Schwartzman, Zverev, Thiem, Nadal and Djokovic. That level of sustained excellence gives him an edge. 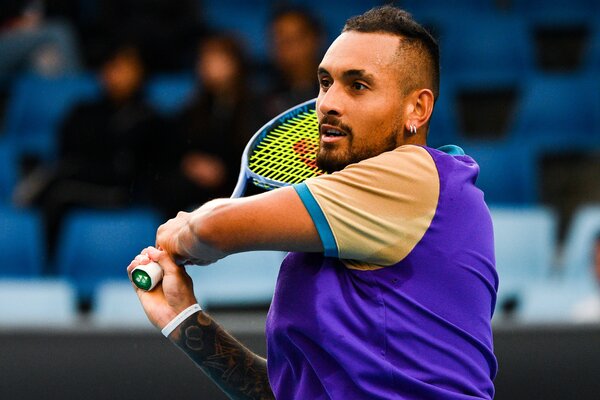 Kyrgios, of Australia, has an overpowering serve, making him especially dangerous on the Open’s hard courts. His hard-court winning percentage is among the highest of players competing at the tournament. But he has so far failed to live up to his enormous potential. Temperamental and undisciplined, he has fallen through the years from 13th in the world to 47th.

At 25, he’s still young, and he is prodigiously talented.

His athleticism and flash always make him riveting to watch. If he can stay focused for two weeks, he’s 5-5 lifetime versus Nadal and Djokovic, which should give the front-runners pause.

The younger players who could make a mark in Australia include Denis Shapovalov, Félix Auger-Aliassime, Jannik Sinner and Carlos Alcaraz. The most likely American would be 30th-ranked Taylor Fritz. Fritz has wins over Thiem, Zverev and top veterans like Fabio Fognini and Schwartzman. Last year, Fritz reached the finals in Acapulco, Mexico. A quarterfinal slot might be a stretch, but if he survives until the second week, it will herald a big step forward.

The cancellation of WTA’s year-end tournament gave the top players a long break before the Australian Open. But no top contender has been off the court as long as the eighth-ranked Bianca Andreescu, who has been sidelined with injuries since 2019.

That year, she won 31 of her first 34 matches, including the BNP Paribas Open as a wild card because of a wide array of shots and a fearlessness in going for them. She capped her rise by upsetting Williams in the U.S. Open finals. If her shoulder and knee are healthy, she has the aggressiveness, the power and the Grand Slam experience to tear through the tournament.

She may be ranked only 13th, but she is, once again, a definite threat. Winner of the Australian Open championship in 2012 and 2013, Azarenka reached No. 1 in the world. She was the game’s top returner, breaking her opponent’s serve more than half the time. But she fell off the map after having a baby and then getting caught in a custody battle. When she did play, she struggled, reaching the fourth round of a major just once.

But in 2020, Azaernka rediscovered her magic in a five-tournament run, where she won a title, reached two more finals, including the U.S. Open, and beat six players in the Top 20.

She finished 2019 ranked 36th. Then she went to the Australian Open in 2020 and reminded everyone that she was a former No. 1 and a Wimbledon and French Open champion. Muguruza used improved net play to topple the Top 10 players Elina Svitolina, Kiki Bertens and Halep en route to the finals. She lost to Sofia Kenin.

Muguruza’s big serve and potent, albeit high-risk, ground strokes also looked impressive in Rome in September, and she defeated Sloane Stephens, Coco Gauff, Johanna Konta and Azarenka before falling to Halep. With both of those 2020 tournaments, Muguruza, now ranked 15th, showed she still had what it takes for a deep Grand Slam run.