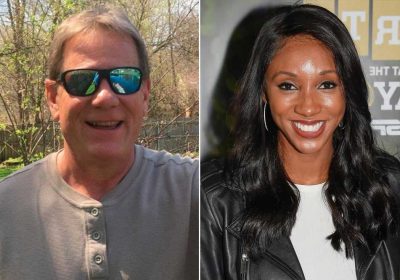 Shaq trashes 76ers star after playoff failure: ‘Would have knocked his ass out’

Could Amazon be the one to land NFL media’s ‘white whale’?

Former Chicago sports radio host Dan McNeil said he regrets his infamous Maria Taylor tweet that got him fired in the fall.

The 60-year-old McNeil was fired by Entercom Chicago less than 24 hours after he shared the since-deleted tweet.

“Of course I regret it, I didn’t mean to hurt anybody,” McNeil told Sam Michel of WJOB last week.

He said his comment was meant to be a “fashion critique.”

“Intention is impossible to prove, I didn’t want to hurt anybody. I made a comment that was critical about her fashion and I crossed the line,” he said.

After the tweet went viral in September, Taylor tweeted: “Well Danny Dearest if you would like to continue making sexist comments about me…please bring your misogyny with you to the NBA Countdown doubleheader I’ll be hosting tomorrow night. Hey ladies remember you can wear whatever you feel confident in!”

McNeil claimed Taylor’s ensemble was previously “unseen on Monday Night Football,’” and that he would have critiqued Kyle Brandt of “Good Morning Football” if he wore a “sleeveless leather vest, tight-fitting pants and a cowboy hat” during a broadcast.

The former radio commentator denied accusations of being racist, and said that he was paid to “punch below the belt” on occasion.

“Those who favor a more gentle way are getting their way,” McNeil said. “I don’t agree with it, but I guess I don’t have any choice to accept it because I don’t have a radio job, and I won’t get another one.”