Home » Sport » Read Man Utd star Rashford’s report card from age 10 as he reveals his strengths, weaknesses and best player in the team – The Sun

Read Man Utd star Rashford’s report card from age 10 as he reveals his strengths, weaknesses and best player in the team – The Sun MARCUS RASHFORD'S Manchester United report card from when he was 10 has gone viral on social media.

The England striker filled in his answers to questions such as where his strengths are, how he can get better and who the best Under-11 player is. 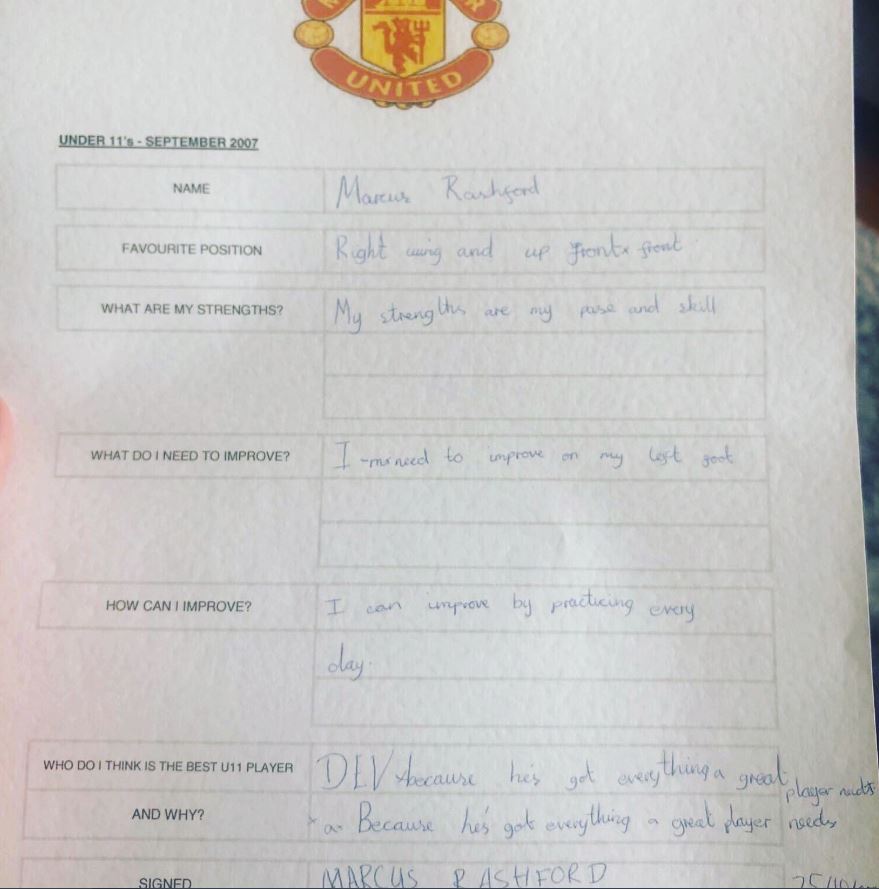 Dated September 2007, eight-and-a-half years before his Man Utd debut in February 2016, Rashford wrote that his favourite position is "right wing and up front".

Quizzed on where he needs to get better, Rashford, now 22, wrote: "I need to improve on my left foot."

Some fans might say he does not need to bother given his outrageous free-kick goal against Chelsea last month.

Next to a question asking how he can improve, Rashford put down: "I can improve by practising every day."

Perhaps the most intriguing answer, though, is who he picked as the best U11 player.

The Old Trafford forward wrote: "DEV because he's got everything a great player needs."

Redmond did sign a senior contract with United in 2017 but did not make an appearance after being sent on loan to Scunthorpe.

He then joined Salford City before moving to north Wales in the summer.

Rashford will lead the line for England tonight in the Three Lions' 1,000th game.

Gareth Southgate's men take on Montenegro needing just a point to qualify for next summer's Euros and to put behind them the bust-up between Raheem Sterling and Joe Gomez.