Melbourne Rebels skipper Adam Coleman has shrugged off injury and been named in the side to face the Stormers in Friday's Super Rugby clash in Cape Town. 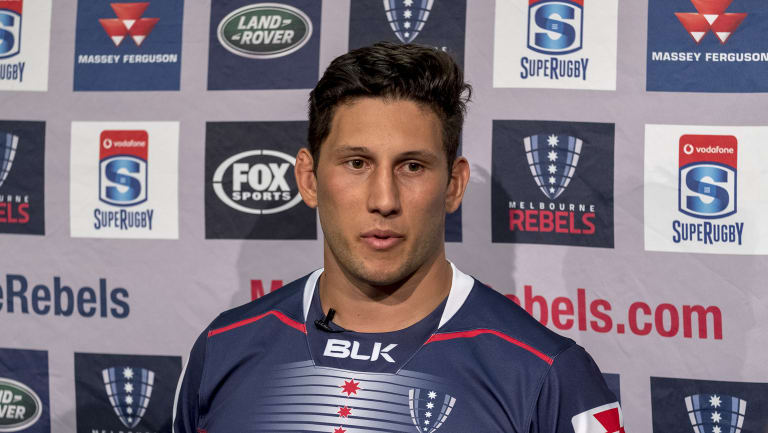 Timely: Adam Coleman returns for the Rebels this weekend.

Coleman didn't return after half-time against the Bulls after suffering a head knock but was given the all clear to play at Newlands in a boost for the Rebels, who have lost their past three matches.

Lopeti Timani will start at No.6 in place of Ross Haylett-Petty as Melbourne look for a breakthrough win after their 27-10 loss in Pretoria.

Fullback Dane Haylett-Petty, who suffered concussion for the second time this season, has been replaced by Jack Maddocks, forcing a backline reshuffle with Billy Meakes in the centres and Tom English on the wing.

Wallabies front-rower Jermaine Ainsley makes his first start since the Hurricanes match in March in a direct swap with Sam Talakai.

Prop Sama Malolo, 20, is set to make his Super Rugby debut after being named on the bench, joined by flanker Colby Fainga'a and outside back Semisi Tupou.

Wallabies hooker Jordan Uelese has been left off the bench with an arm injury.

Rebels coach Dave Wessels said the team was upbeat about the challenge of cracking their first win on South African soil.

"It's great to have LT (Timani), Jermaine and Billy back in the team," said Wessels.

"Aside from Aranu Rangi, who has been fantastic, it's the pack that we started our campaign with so we know there's a fair bit of cohesion in that group and that will be important on Friday night.

"The Stormers are a quality outfit and a particularly dangerous prospect in front of their Cape Town crowd."