A century before lunch from Matt Renshaw and a five-wicket haul for Jack Brooks were the highlights of a day when 20 wickets fell in the County Championship Division One clash at Taunton.

Yorkshire were bowled out for 96, opener Harry Brook top-scoring with 32, in reply to Somerset's 216 all out. 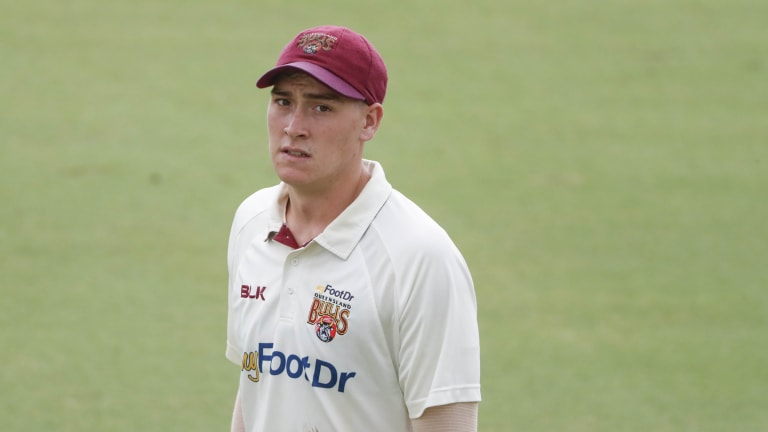 The hosts reached six without loss batting for a second time to lead by 126 at stumps on day two.

Somerset lost Marcus Trescothick, caught at gully by Brook off Brooks for four, before Renshaw was joined by George Bartlett.

Renshaw was in sparkling form and signalled his intentions by lifting Ben Coad over midwicket early on.

He then took two boundaries to square cover off Brooks in the 10th over before bringing up his 50 off 39 balls, all in boundaries with 10 fours and two sixes.

Renshaw saw the Somerset 100 up with a single off Matthew Waite from the first ball of the 19th over, while at the other end Bartlett played a sensible supporting role but looked to score runs whenever the opportunity arose.

The second-wicket pair added 140 before Bartlett was out for 39, leg before wicket to Coad.

Renshaw continued to plunder and went to his century with a hooked six off Brooks, his three figures coming off 86 deliveries, which included 14 fours and four sixes.

Somerset lost James Hildreth and Tom Abell before lunch, by which time the hosts had moved onto 4-166 for four.

If the morning belonged to Somerset, the afternoon session went to the visitors, starting in the second over after the break when Renshaw was caught by wicketkeeper Andy Hodd off Brooks for 112.

Brooks accounted for both Lewis Gregory and Dom Bess before the hosts were all out for 216 to finish with figures of 5-57.