Essendon were the talk of the trade period when their 2017 finals finish was bolstered by the signings of Jake Stringer, Adam Saad and Devon Smith, but on Sunday the off-season optimism looked a world away as the Bombers slumped to defeat at the hands of the Demons. 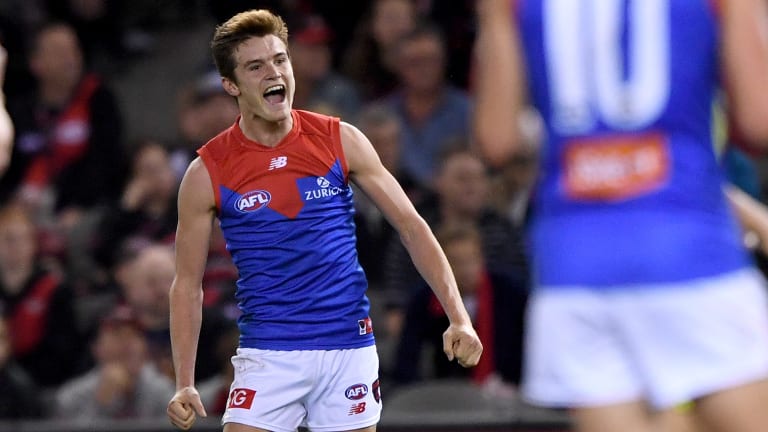 The loss leaves them with a 2-4 win-loss record, and while the season can certainly be turned around from their position, not many would have been expecting the Dons to be there after the first quarter of 2018.

Their dirty day was grimly encapsulated right on three-quarter-time, when, trailing by 31-points and in desperate need of a goal to mount a final-term comeback, Andrew McGrath marked on his attacking 50m line, only to play on and drop the ball as the siren went.

Essendon led the Demons by six points at half-time and looked the better team in a diabolical opening half from both teams. But Melbourne kicked nine goals to one from the 17 minute mark of the second quarter to three-quarter time to set up the win, and maybe, if they build on Sunday's effort, the rest of their season.

The Demons opened that third-quarter advantage by using the ball better, by dominating the clearances (10-17 in the third quarter) and by taking their chances in front of goal.

On the other hand, much went awry for Essendon as Max Gawn dominated stand-in ruckman Matthew Leuenberger and Joe Daniher endured another torrid afternoon, often finding himself far up the field, taking pressure off the Demon defenders who were happy most of the time to let him roam beyond their defensive half of the ground.

Stringer kicked three goals and to his credit looked his side's most lively forward. If Daniher can find some form and if Orazio Fantasia comes back from injury firing he will benefit from their assistance.

Overall it was a poor game in the first half, saved somewhat by the fact that the scores remained close. Both teams continually butchered the ball and made poor decisions with it, which had the crowd groaning and restless. Both sides pressed quite high too, Essendon more so, meaning almost every player was situated in the same third of the field as the ball.

As in their loss to Collingwood, Essendon just didn't want to kick long balls down the line with their first disposal out of the defensive 50. Sometimes they'd switch, other times they'd try and chip or handball their way up the field. It frustrated their fans, but when it worked it admittedly looked good. However, it didn't work often enough. 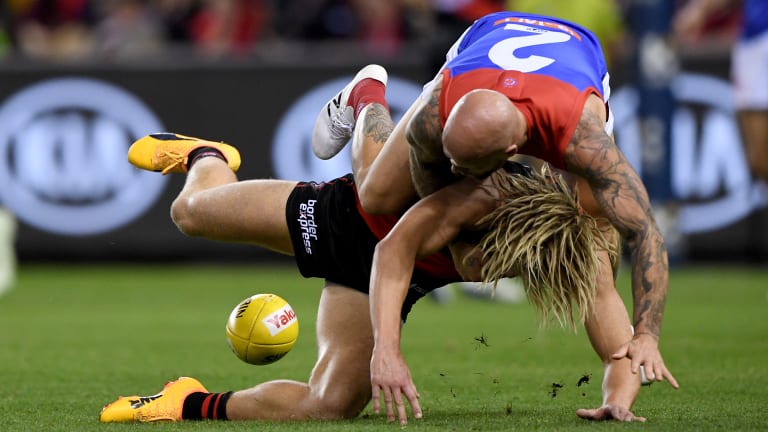 Melbourne were also suffering from a familiar affliction in the first half. They dominated territory in the second quarter but saw Essendon kick three consecutive goals in the period where the Demons had the initiative.

Two of those goals, kicked by James Stewart and Stringer, came when the Bombers managed to get the ball out the back of Melbourne's zone. Luckily, the Demons hit back through Mitch Hannan and Charlie Spargo and went onto correct the problem in the second half. They also stopped Essendon getting out the back.

Spargo kicked two goals in his first AFL game. His first was the opening major of the second quarter – a beautifully roved and snapped goal – which breathed life into a contest where to that point inaccurate goal kicking and a lack of ruthlessness inside 50 had festered. It also was the spark that set Melbourne on their way to a win after two consecutive losses and a much needed positive performance in a tough opening to 2018.