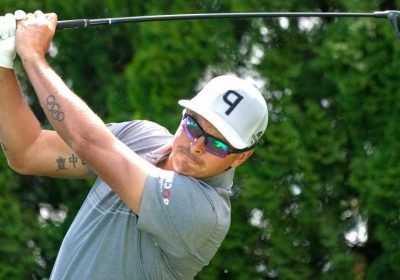 Jon Rahm's anger management promise helping him in so many ways

Misery has become a thing for Rory McIlroy, Louis Oosthuizen

Rickie Fowler wants back in.

Fowler, 32, has spent most of his 10-plus years on the PGA Tour running with the cool crowd, but, of late, he’s been on the outside looking in.

Dating back to 2010 through April’s Masters, Fowler played in 37 consecutive major championships, 12 times finishing in the top 10, including eight top-five results.

When Fowler tees it up in Thursday’s opening round of the Travelers Championship at TPC River Highlands in Cromwell, Conn., he’ll be doing so after failing to qualify for last week’s U.S. Open. That came after not being eligible to play the Masters, which ended his majors-played streak.

Fowler, who’s struggled with his swing for the last 18 months and hasn’t won in more than two years, changed swing coaches and is searching for the right formula. He is in desperate need of some positive reinforcement.

Fowler believes he’s on the proper path back based on the results of his past two tournaments — a tie for 11th at the Memorial three weeks ago and a tie for eighth in the PGA Championship last month at Kiawah Island.

His performance this week at the Travelers, where the field is stacked with the likes of defending champion Dustin Johnson, Brooks Koepka, Bryson DeChambeau, Phil Mickelson and Bubba Watson, will serve as a significant litmus test.

“It’s been a long time coming, but nice to finally start to see some results,’’ Fowler said Wednesday.

But are we really sure Fowler is back?

He’s played well in his past two tournaments. But if you look beyond those, what you see is missed cuts at the Byron Nelson and Wells Fargo, a tie for 17th at the Valero Texas Open, a tie for 65th at the Honda Classic, a missed cut at the Players Championship and a 72nd at the Arnold Palmer Invitational.

Fowler said the work he’s done on his swing is “definitely [about] a bigger picture’’ view of things. He’s referenced “not playing golf swing but just playing golf and hitting shots.’’

“It’s been fun to be back in a position where I can just go play golf,’’ he said. “We put the work in on the swing, so time to stop worrying about that and go play golf.’’

Fowler, who was granted a special exemption into the PGA Championship by the PGA of America because he wasn’t otherwise qualified, is in next month’s British Open based on his tie for sixth at the last Open (in 2019 because last year’s was canceled due to COVID-19).

So, he doesn’t have to answer questions about missing out on a third major this year. But, with his world ranking having plummeted to 91st, he has work to do if he’s going to get back into the majors in 2022.

Fowler has been a member on four of the past five U.S. Ryder Cup teams. He has virtually no chance to get onto this year’s side for the September matches. He, too, has played on the past three U.S. Presidents Cup teams. He’ll need a flurry of positive results in the next year to have a chance to make it onto a fourth in a row.

“It’s such a fine line out here,’’ Fowler said. “Everyone out here on Tour understands that the difference of being on teams or being at majors and sitting at home watching is small. Same thing with playing the weekend and missing cuts, making cuts. It’s a putt or a shot here or there that can change kind of the outcome of the week.’’

Results be damned, Fowler has reasons to be cheerful off the course right now. His wife, Allison Stokke, is pregnant with their first child. “Everyone tells me it’s life-changing,’’ Fowler said.

First a swing change, then fatherhood. Fowler has a lot on his plate. There’s work to be done. Perhaps this week will be telling about what’s to come for him on the golf course in the coming months.

He wants back in.