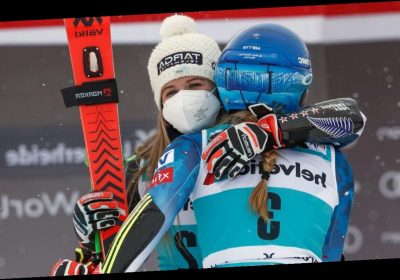 Robinson had been fourth-fastest in the opening run, trailing 2018 Olympic champion Shiffrin by 0.77 seconds, yet turned it into a victory by 0.28 at Lenzerheide.

It was the 19-year-old New Zealander’s third win in giant slalom on the World Cup circuit.

Marta Bassino, who already secured the season-long giant slalom title was seventh, 1.45 back.

One day after being crowned the overall World Cup champion, Petra Vlhova ended her tiring season with an 11th-place finish.

The first-ever Slovakian champion in the 54-year World Cup history started 31 of the 33 races. Her emotionally exhausting Saturday included being congratulated in a telephone call with the president of Slovakia, Zuzana Čaputová.

Vlhova took the overall title from Federica Brignone, who placed fourth Sunday and talked of a difficult season held with strict travel and health protocols and no fans allowed in finish areas.

“I’ve had enough of this season. It was really long, it was really not good,” a smiling Brignone told Swiss broadcaster RTS citing the lack of atmosphere at races.

Still, Brignone finished with a flourish as only Robinson was faster in the second run.