Roman Reigns and Bobby Lashley are getting extreme, Alexa Bliss gave Nia Jax some stick and Kevin Owens and Braun Strowman are cage-bound Here are five things we learnt from the 'go home' edition of Raw. 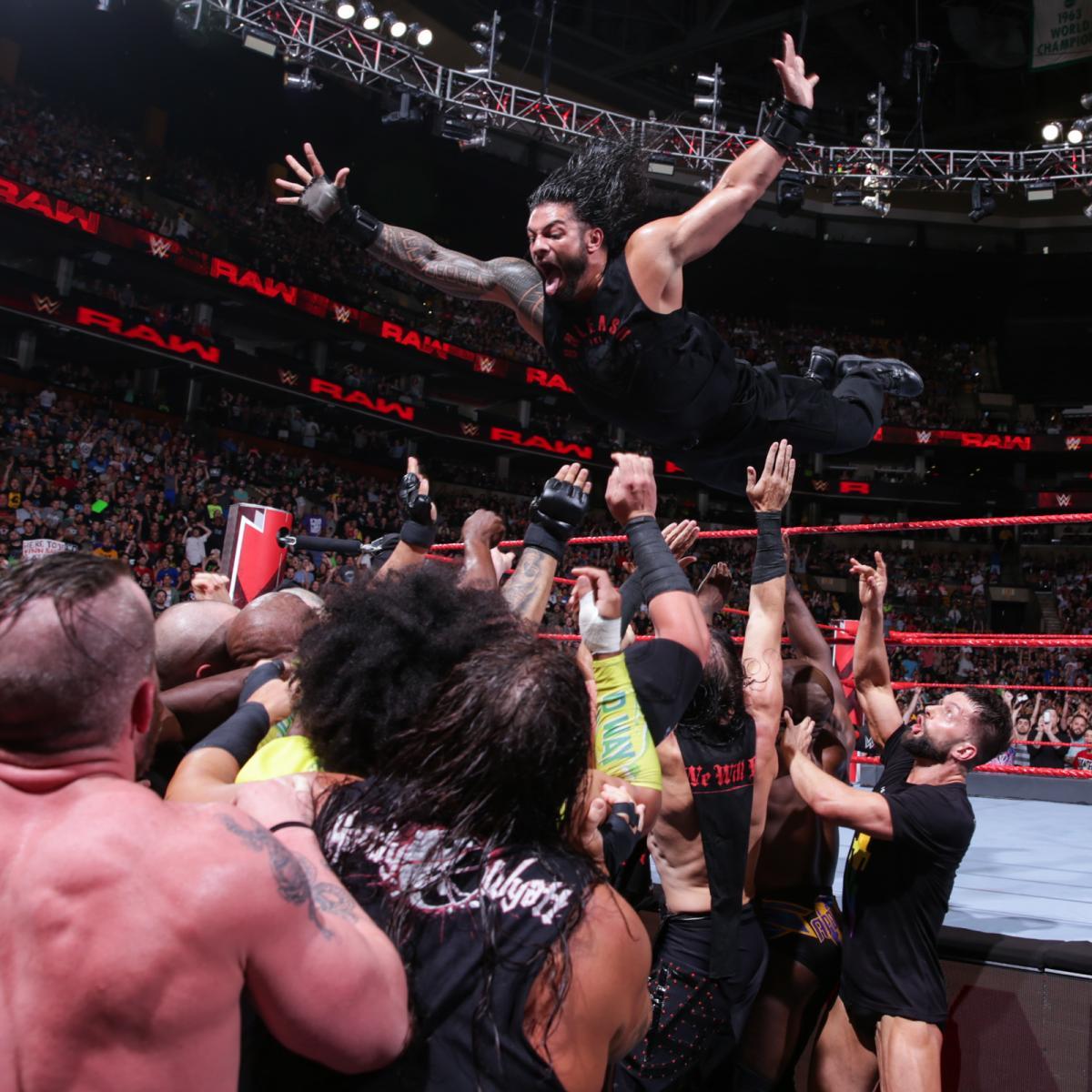 Roman Reigns and Bobby Lashley can’t wait to get extreme

Ahead of their match this Sunday, Roman called out Bobby Lashley for a showdown.

As expected, it quickly turned into an all-out brawl.

Raw GM Kurt Angle stood helpless at the top of the ramp as superstars piled out from the locker room to separate the two men.

WWE tries these realistic brawls every now and then, with varying degrees of success. 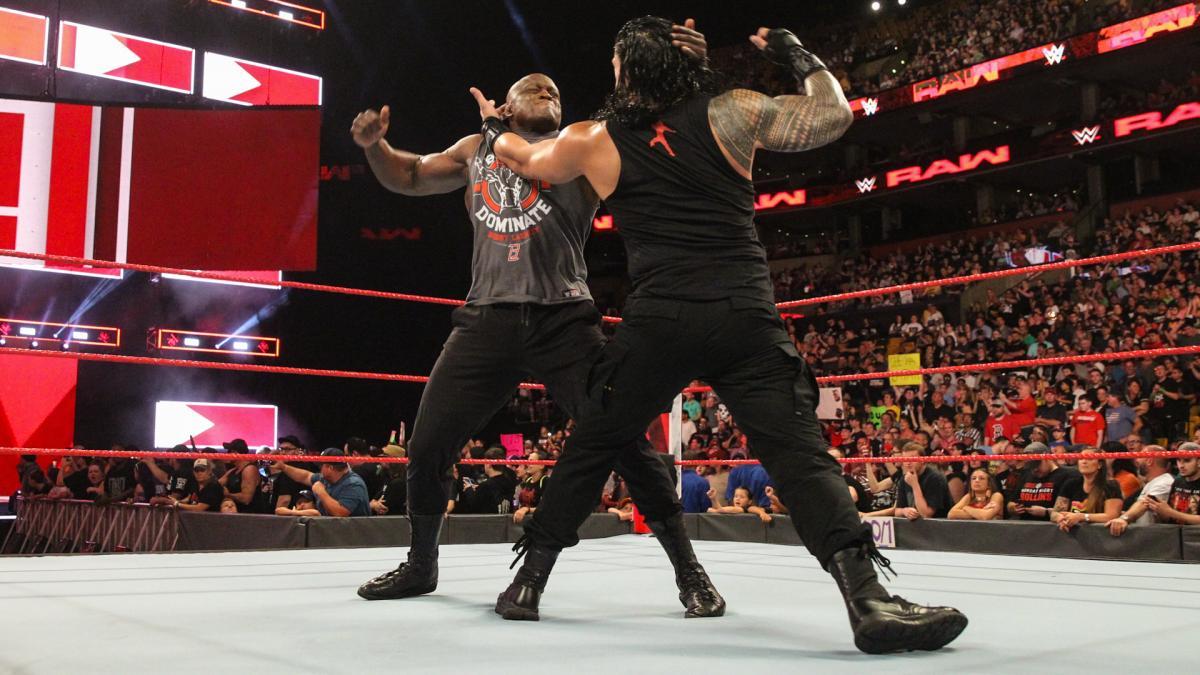 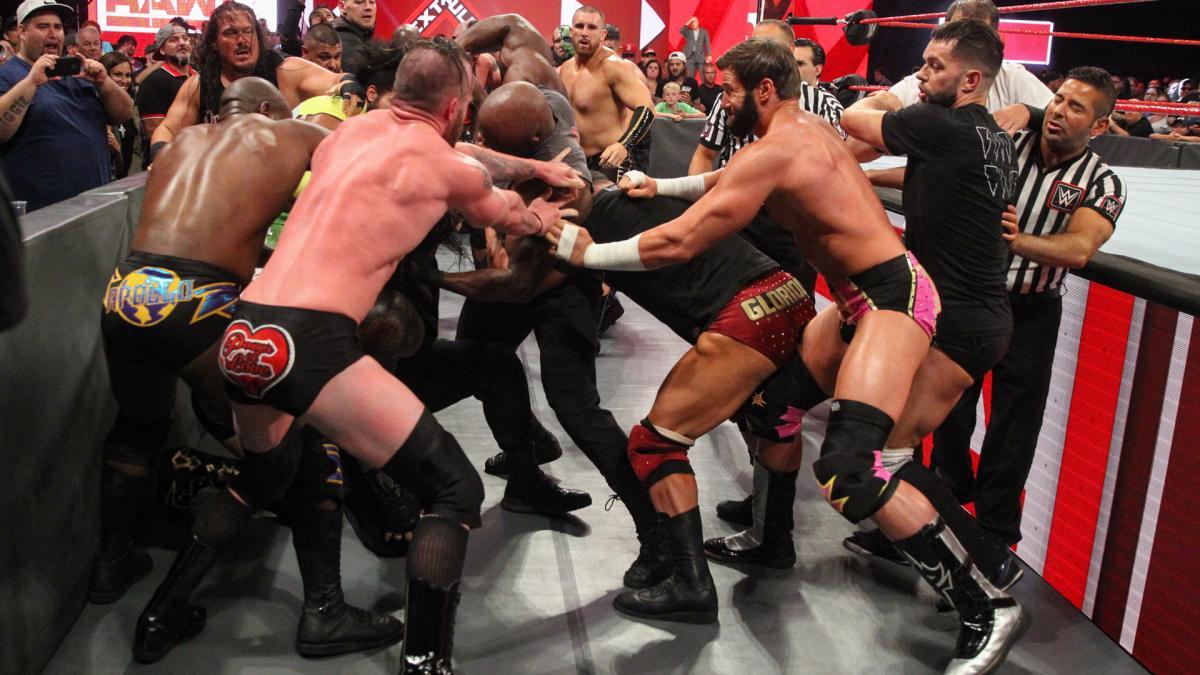 The crowd seemed into it for the most part, but it was lacking the legitimacy and edge of similar segments – such as Brock Lesnar and Samoa Joe’s pull-apart last year.

Reigns saved it when he took a spectacular dive over the top rope onto Lashley and 15 or so superstars below.

Is it just us, or were the fans actually on Roman’s side for once?

There’s nothing like a feud with Baron Corbin to prove that you’re floundering in the mid-card.

Unfortunately, that’s where the hugely talented Finn Balor finds himself, with a one-on-one match lined up against the “Constable” this Sunday.

Before that, Balor teamed with Bobby Roode to take on Corbin and Elias. It was a lively match-up, but Corbin got the win when he hit the not-so-glorious Bobby Roode with End of Days.

So far it only seems to involve walking around in a waistcoat – and it’s nowhere near as good as Gareth Southgate’s. 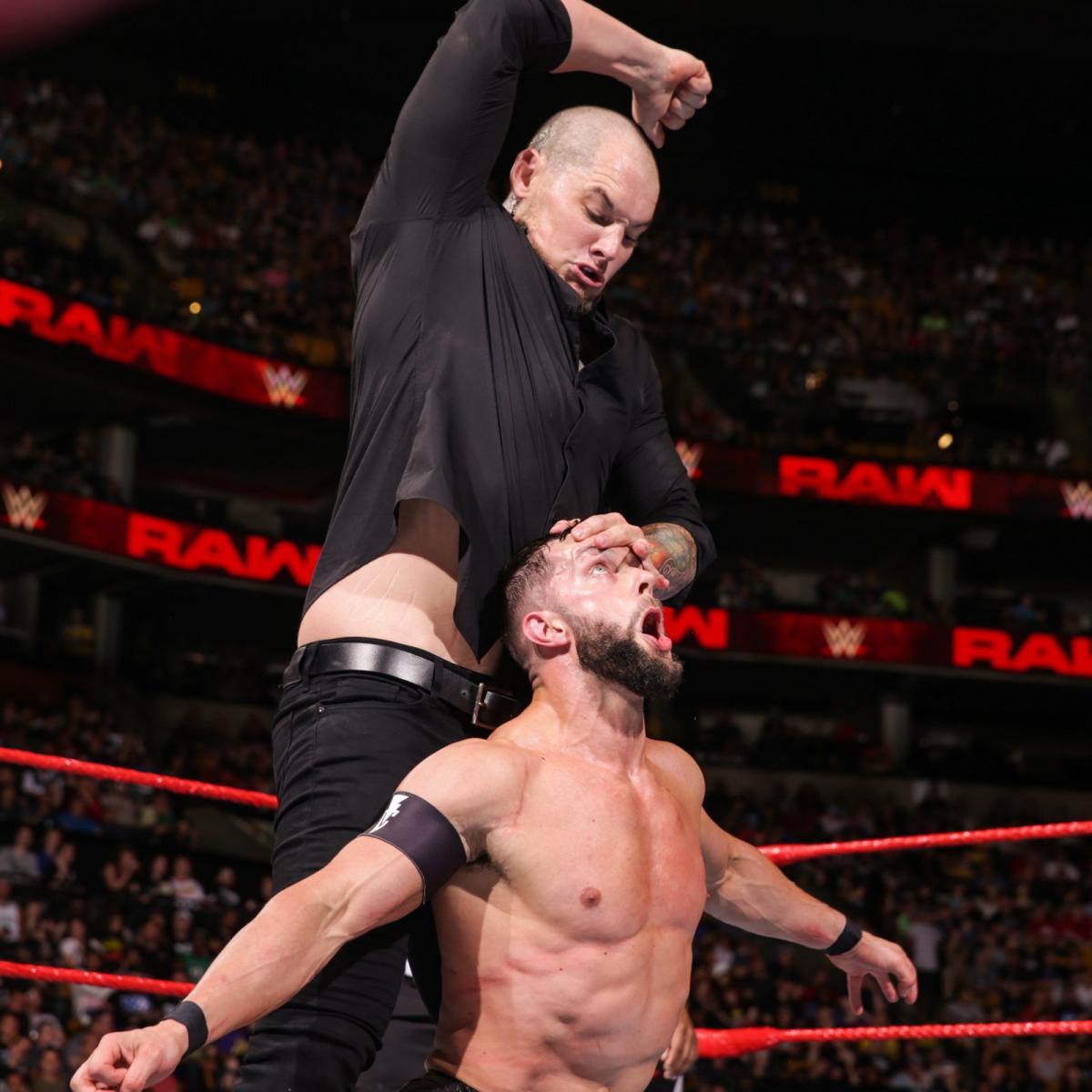 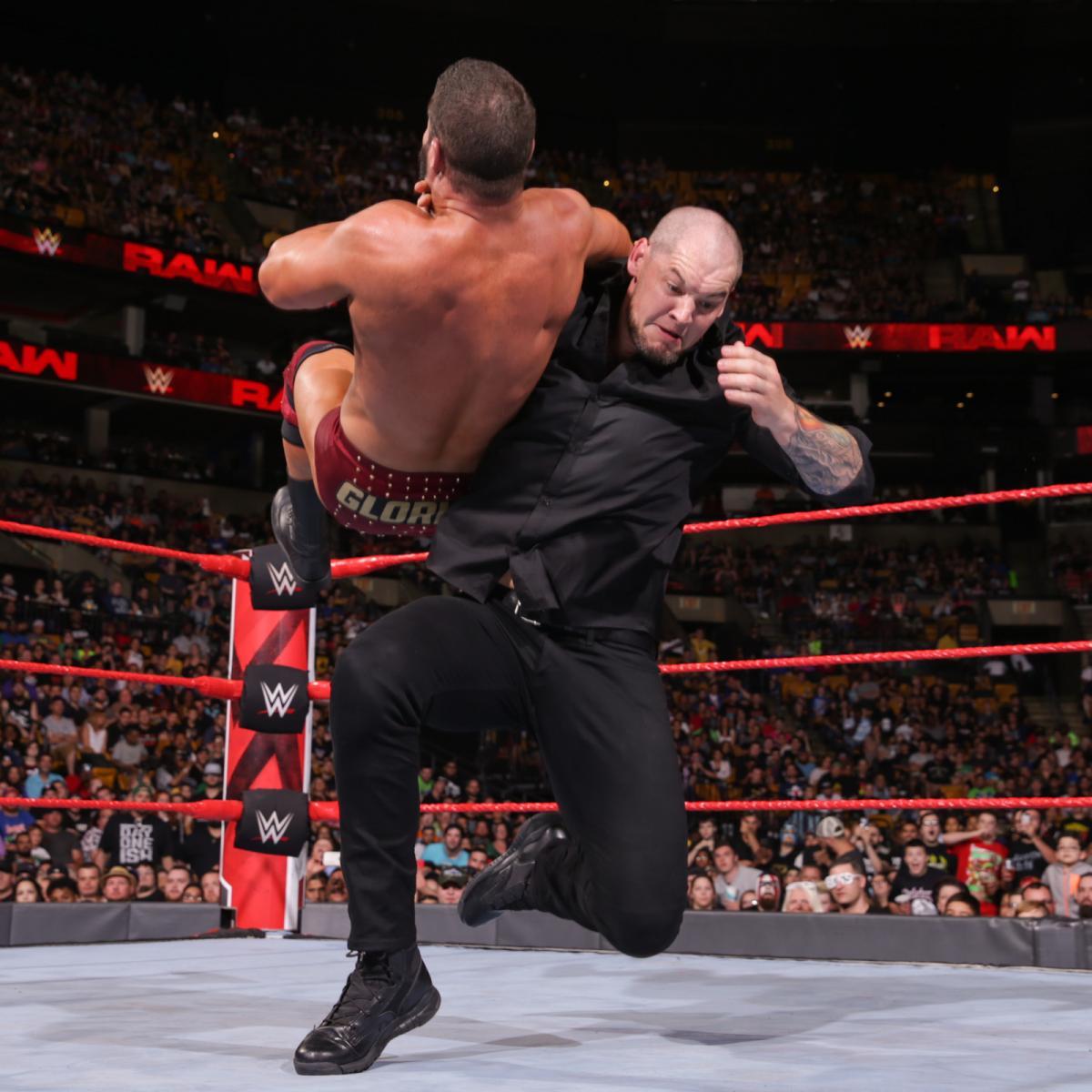 Alexa Bliss knows how to give Nia Jax some stick

Women’s Champion Alexa and Mickie James took on Nia Jax and Natalya in tag team action, which ended when Jax hit James with a huge legdrop for the 1-2-3.

But after months of verbal attacks and backstage bullying, Alexa gave Nia some stick of a different kind – a kendo stick right to the back. 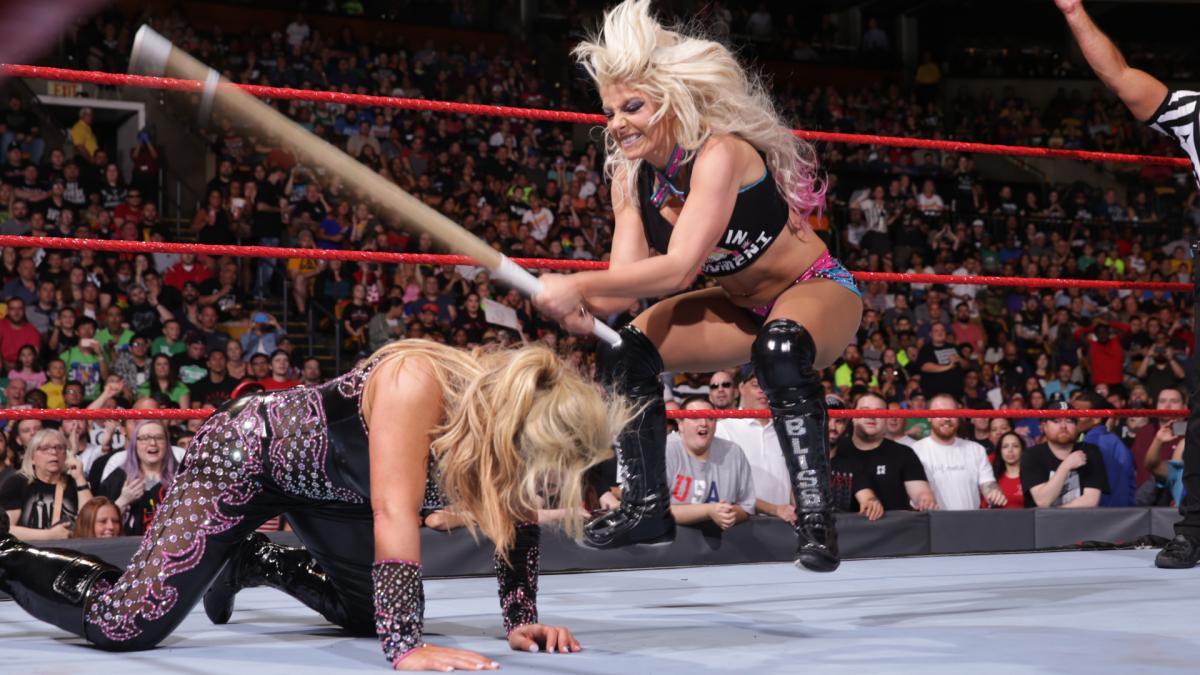 Bliss continued to wallop Jax and Natalya until Jax snatched the stick away and broke it over her knee.

Alexa scarpered with Mickie James, but there will be nowhere to run when she faces Nia in an extreme rules match this Sunday.

Alexa Bliss is sure to find a way to topple the challenger and escape with the belt. After all, Ronda Rousey is still waiting for her revenge on Bliss.

KO and Braun Strowman will battle in a steel cage

After Strowman locked him in a Portaloo and threw it off the stage last week, Kevin Owens had a note from his doctor to say he wasn’t cleared to wrestle.

KO also spent the night in Kurt Angle’s office hiding from Strowman – and kept spraying the office with air freshener to shift a mystery smell.

When the Monster Among Men eventually showed up, Angle announced they’ll face off in a steel cage at Extreme Rules.

Braun sprayed KO and told him the smell lingering around the office is fear (not the remnants of last week’s toilet attack). Owens stinks of it.

At least KO has been spared the indignity of facing Braun in an air freshener on a pole or Portaloo match.

Bad news for Seth Rollins: Drew McIntyre WILL be at Extreme Rules

Seth Rollins faces Dolph Ziggler in a 30-minute Iron Man match for the IC title this Sunday but had some choice words for Dolph and Drew McIntyre last night.

Rollins suggested that McIntyre cozies up to sheep on the lonely Scottish Highlands – amusing, but a BIG mistake.

Kurt Angle made a match between Seth and Drew – if Seth could beat the Scottish star, McIntyre would be banned from ringside this Sunday. 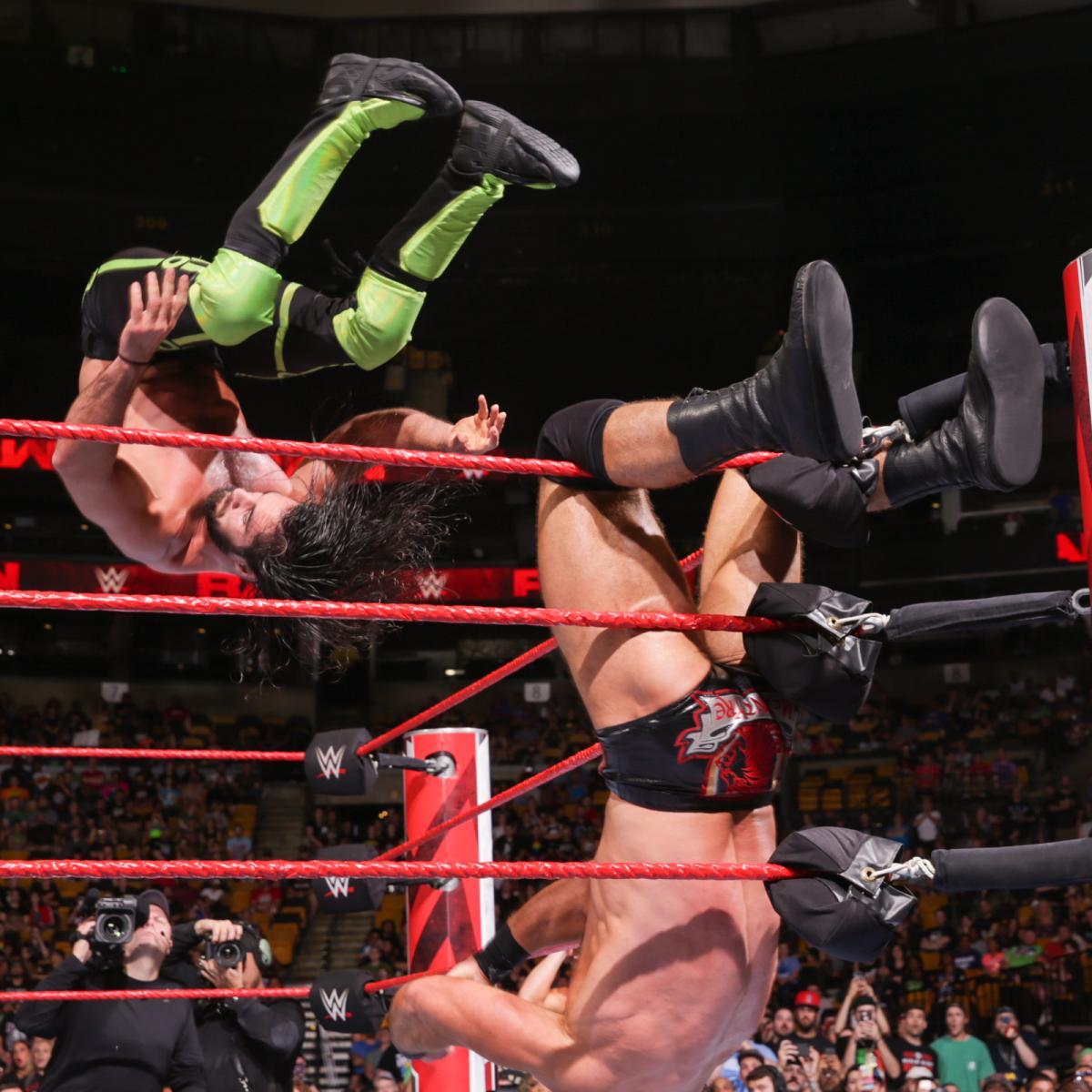 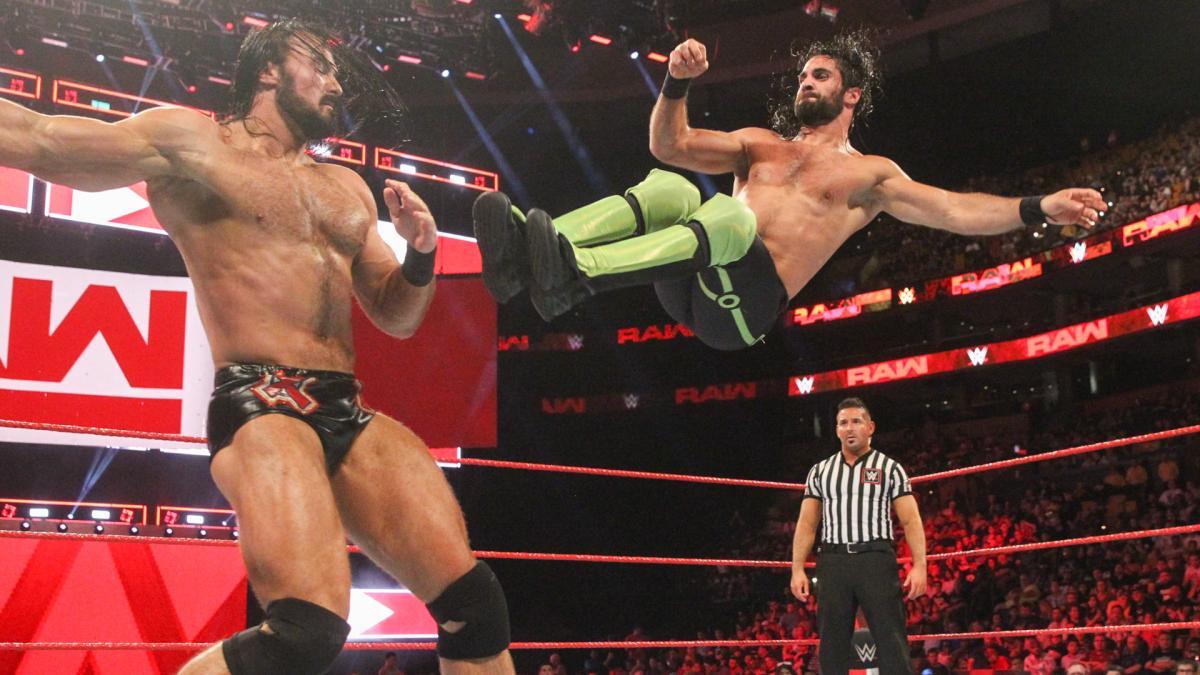 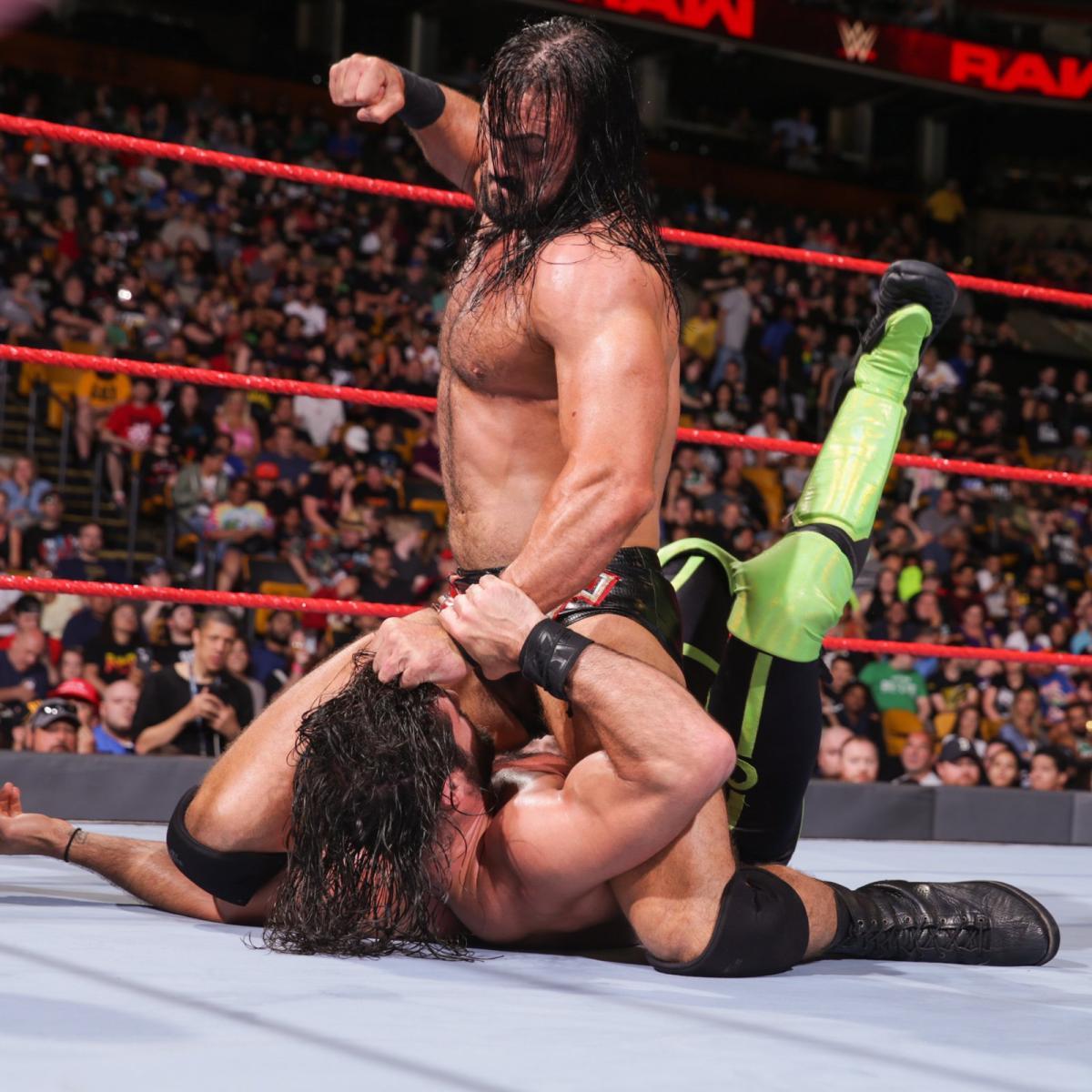 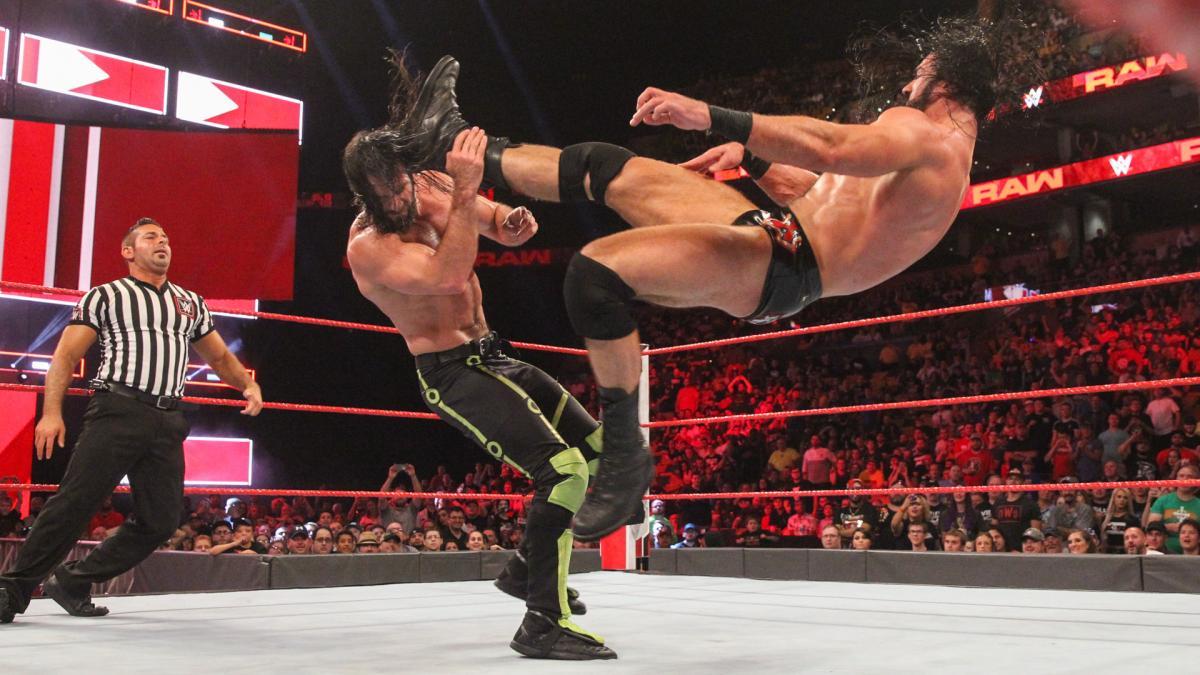 It was an exciting match with interference from Dolph on the outside, but Drew got the win when he hit Rollins with the Claymore.

McIntyre should prove the deciding factor in the match this Sunday – and he looked incredible against Rollins.

He’s come a long way from his days in 3MB alongside Heath Slater and Jinder Mahal.