Matilda Garrett began the Super Netball season with the goals you would expect from a rookie teenager.

The Collingwood defender wanted to learn from Australian Diamonds duo April Brandley and Sharni Layton, build up her body and sneak in some game time.

So as the 19-year-old stood on court ahead of last Sunday’s opening pass against Melbourne Vixens, it was clear she has come a long way in a short time. 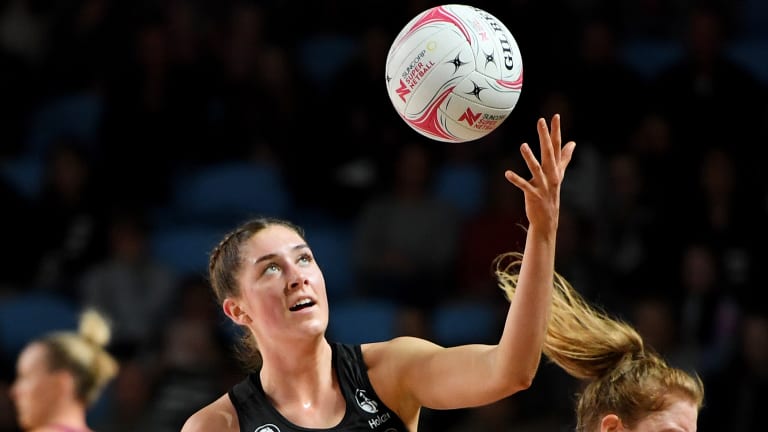 Despite being behind accomplished defenders Brandley and Layton, Garrett has earned appearances in six of the Magpies’ eight games in 2018 but last week was different as she started and played the first three quarters before Layton replaced her in the last term.

Garrett didn’t know she was starting until coach Kristy Keppich-Birrell revealed the side before warm-ups starting Garrett ahead of Layton due to form.

“I was extremely nervous when my name was called out,” Garrett admitted.

“I know a lot of the Vixens girls, it was a home crowd and you could see a lot of familiar faces in the crowd.

“It’s such a different level, extremely tiring and the game just went super quickly and I loved being out there.

“I love that Kristy has the faith to put me on.”

Garrett is certain her family were extremely proud to see her play such a big role, although her mother echoed the question many Magpies followers had.

“Mum’s first question was, 'What’s wrong with Sharni?',” Garrett said with a laugh.

“But mum was very excited for me.”

Garrett said Layton and Brandley along with Magpies defensive coach Rob Wright have helped her in countless ways this season whether at training or before she enters games.

The Magpies have endured a rough first half of the season as their inconsistency and inability to close out wins has left them in second-last position coming into Saturday night’s clash with top-team West Coast Fever at Margaret Court Arena.

“I made my debut against the Fever in round two,” Garrett said.

“It was in the final term and Kristy looks down the bench and told me to warm up as I was going in – I don’t know what I did, maybe a run through then I went to put on the GK bib for some reason, then I was told, 'No Tilly, put on goal defence'.

“Rob just told me to relax and have fun out there. I was matching up with Nat Medhurst and she was so quick, but it was so good to get those eight minutes as I was much more relaxed the next game.”

The Magpies know they have to find wins starting with Saturday’s showdown with the Fever.

“It’s been tough to handle the losses and we have to make sure we are consistent for the full 60 minutes,” Garrett said.

“We are a tight knit team, all super positive and we have still got six games to go. We can still make finals but we need to put our foot down.”