Royals coach Wayne Southwell says while it's come at the detriment of his team, a closer competition benefits everyone.

The Royals bounced back from their first loss in almost two years with a 38-19 victory against Wests at Phillip Enclosed in the John I Dent Cup on Saturday. 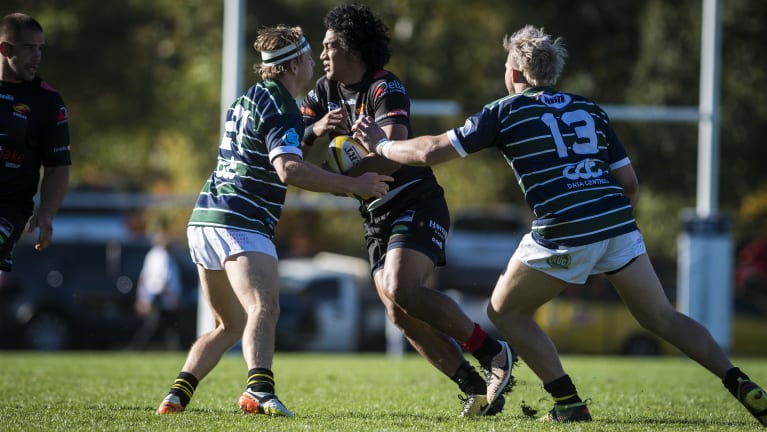 Southwell lost half his team after an historic undefeated season last year, but still believes they can deliver back-to-back premierships.

The Royals finally started to utilise teenage sensation Lincoln Smith with the former Australian Schoolboys outside centre getting plenty of ball against Wests.

Smith represents a new dawn for Southwell who admitted another unbeaten season was "never going to happen" but said he's happy for the competition.

"We lost over half the team but we're still trying to play the same brand of positive footy," Southwell said.

"We might have gone through undefeated last year but there were a lot of tough games, nothing was easy, and it's very close this season but that's a good thing.

"It's better for the competition, Uni-Norths had good win today which was good, Tuggeranong are always there abouts, there are no easy runs on the board.

"It also individually it brings out the best in people and makes everyone work harder, coaches included, nothing is set in concrete as we found out last week.

"But the monkey is off our back, going undefeated was never gonna happen this year, it's a completely different season and I'm trying to build a new team.

In positive news for the Brumbies, Wests flanker Rob Valetini made his return from a knee injury with a solid hit-out.

Royals started the stronger and could have taken a three-try lead into half-time but bobbled one just before break.

It could have proved a momentum changer and while Wests came out swinging in the second stanza, the Royals muscled up in defence to hold their lead.

Royals hooker Joel Penders was superb in his comeback match and flanker Luke Kimber led a tireless back row effort.

"We had some really good patches in that first half in attack and found our rhythm, it was 100 per cent better than last week," Southwell said.

"It wasn't about the scoreboard, it was about achieving goals. Wests played well and had a lot of possession but the guys we asked to stand up did that.

"Wests had a few chances in the second half but our defence was solid and that part was a good workout, but then we scored a couple of good tries after that.

"I guess the biggest disappoint was around the breakdown, we worked hard but need to present better."

Meanwhile, Uni-Norths won their first game of the season with a hard-fought 22-10 victory against Gungahlin and Tuggeranong thrashed Easts 71-24.