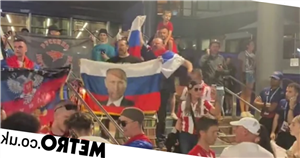 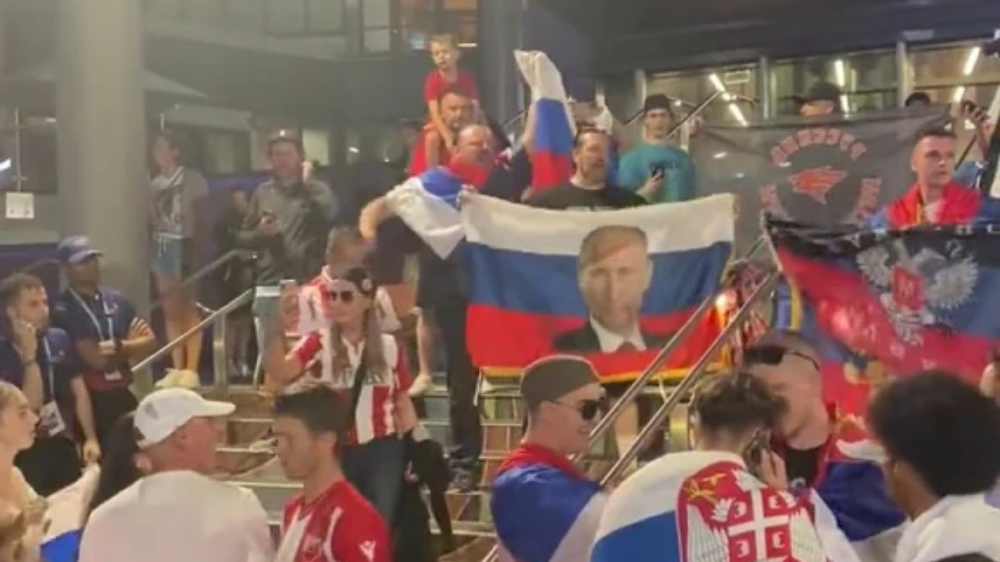 Russian spectators at the Australian Open have threatened security guards and four of them are now being questioned by police.

During Novak Djokovic’s quarter-final victory over Russia’s world No.6 Andrey Rublev, some fans decided to defy the tournament’s ban on Russian flags, with a supporter spotted flying one with president Vladimir Putin’s face on it.

Another spectator was seen wearing a t-shirt with the letter ‘Z’ – which is a pro-war symbol of President Putin’s ongoing invasion of Ukraine.

Tennis players from Russia and Belarus have been unable to play under their nation’s flags since the invasion of Ukraine began.

‘Victoria Police intervened and are continuing to question them. The comfort and safety of everyone is our priority and we work closely with security and authorities.’

There have been several controversial moments at Melbourne Park this year related to Russia’s invasion – which began in February 2022.

Some fans displayed a Russian flag during a match between Ukraine’s Kateryna Baindl and Russia’s Kamilla Rakhimova – with Ukrainian supporters accusing Russian spectators of ‘taunting’ Baindl during the clash.

Later in the tournament, Russian star Rublev hit out at Ukrainian fans for ‘insulting’ him and saying ‘nasty things’ during his meeting with Emil Ruusuvuori.

Some spectators draped a Ukrainian flag over an advertising hoarding and Rublev could be seen speaking to the umpire about the abuse he said he was receiving.

Young Ukrainian star Marta Kostyuk, meanwhile, has said she will not shake hands with Russian or Belarusian players at the Australian Open if they do not stand firmly enough against the ongoing invasion.