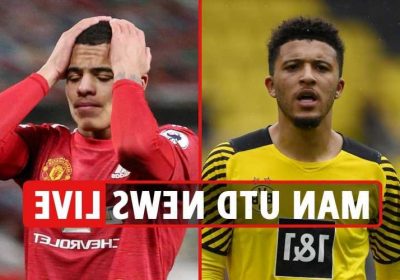 JADON SANCHO is on the cusp of agreeing personal terms with Man Utd, reports suggest

We've also the very latest on Raphael Varane and Saul Niquez as Old Trafford chiefs plot moves for the pair.

While Mason Greenwood will not be appearing at Euro 2020 after pulling out of the squad through injury.

Stay up to date with every twist from Old Trafford in our live rolling blog...