Saudi Arabia 'want to host the 2030 World Cup with Italy' 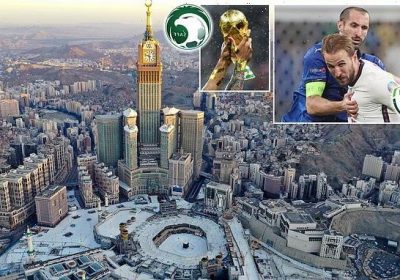 SAUDI ARABIA ‘want to host the 2030 World Cup – and are plotting a bid to co-host with Italy’, 2,250 miles away – with the oil-rich state ready to pour money into bringing football’s crown jewel to the Gulf ahead of UK and Ireland’s offer

Saudi Arabia is considering a joint-bid for the 2030 World Cup with Italy, which is based over 2,000 miles away from the Gulf country, according to a report.

The bidding process for that edition of the biggest football tournament in the world is in its very early stages, with Prime Minister Boris Johnson confirming in March that the United Kingdom and Ireland want to ‘bring football home’ in the summer of 2030.

By that year, the World Cup will have expanded to 48 teams and 80 matches, meaning the tournament being held in more than one country is deemed as a more encouraging option for FIFA.

And according to The Athletic, Saudi Arabia are teaming up with US-based global consultancy firm Boston Consultancy Group to explore a joint-bid with several options, though Italy is the most likely candidate.

The report says the Saudis have also been advised on a potential three-way hosting with Morocco and Egypt as part of a ‘MENA’ (Middle East and North Africa) bid, but the two other countries would need major infrastructure funding to host the World Cup.

Saudi Arabia’s influence on the sporting world has been growing in the past few years, after it watched neighbours Qatar win the hosting rights for next year’s World Cup. 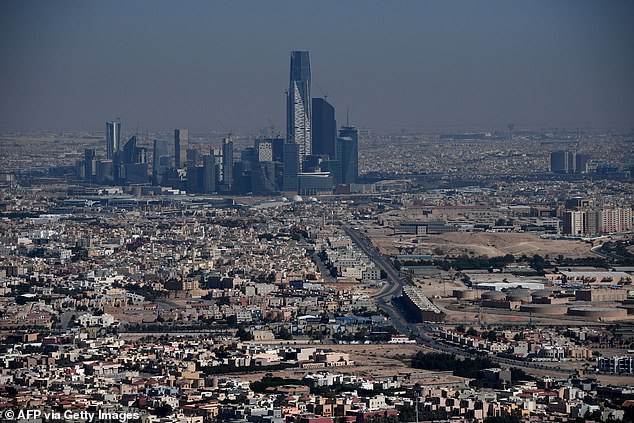 Saudi Arabia wants to make a joint-bid for the 2030 World Cup with Italy, according to reports 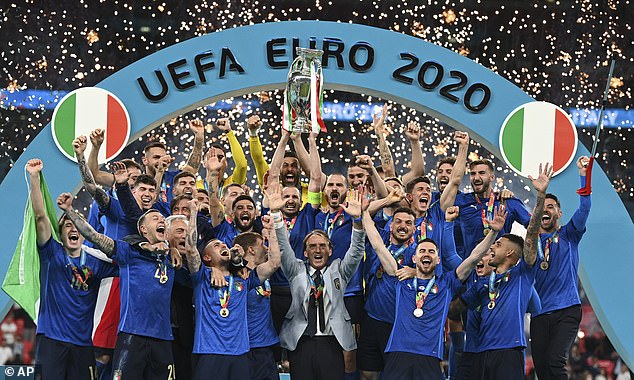 Italy, who won Euro 2020 this month, are based around 2,250 miles away from the Gulf state

The country has hosted Anthony Joshua’s heavyweight fight with Andy Ruiz Jr in December 2019 as well as the Dakar Rally. The Saudis also entered a Grand Prix into the Formula One Championship this year for the first time, while the country’s sovereign wealth fund made a failed takeover bid for Newcastle United last year.

Saudi Arabia and Italy have also joined forces in the sporting community in recent years, with the Gulf state hosting the last two Italian Super Cup finals – and will do so again this year.

Italy, who won this month’s Euro 2020 final by beating England in the final, also have the experience of hosting four major tournaments and while none of them have been in the last 30 years, they did host some of this summer’s European Championship matches. 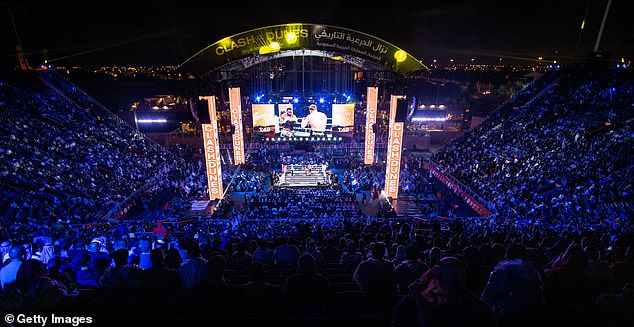 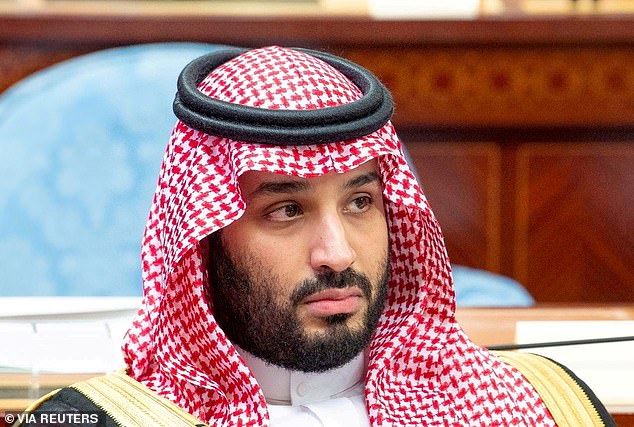 However, there are still concerns about several parts of Saudi Arabia’s interest in joint-hosting the World Cup – most notably its poor human rights record.

Crown prince Mohammed bin Salman, who was one of the driving forces behind last year’s Newcastle takeover bid, has made some changes such as banning child marriage, reducing capital punishment and allowing female drivers.

However, the country’s involvement in the Yemen civil war is another contentious talking point, as is the conspiracy to murder journalist Jamal Khashoggi in 2018. 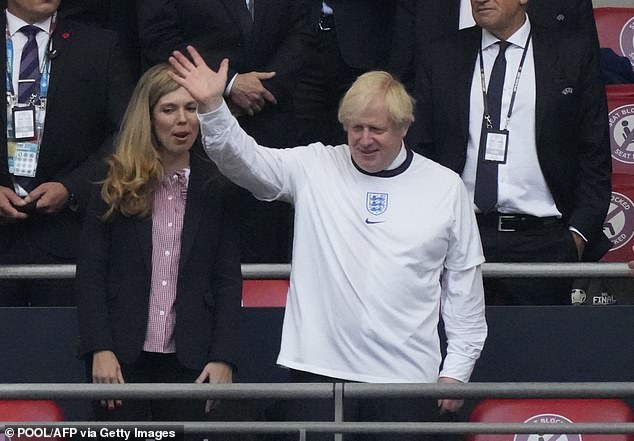 Meanwhile, the four UK nations and Ireland remain confident of creating a successful united bid for the 2030 World Cup, with PM Johnson and Prince William, Duke of Cambridge at the heart of the early discussions.

One government source told The Telegraph this week: ‘It will be a proper pan bid. It will be very much us all coming together and putting on a fantastic tournament for the whole world.

‘I think it will show the power of us working together. It is a fantastic opportunity for us all to come together and deliver.’ 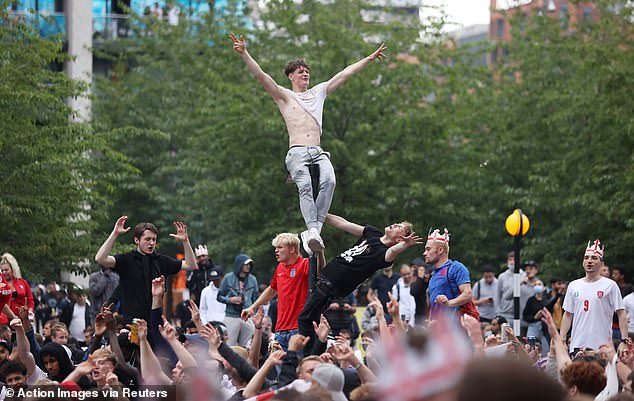 However, the nation’s chances of hosting the popular football tournament were damaged by chaotic scenes at Wembley Stadium for the Euro 2020 final on July 11 – which saw 5,000 hooligans enter the national stadium without a ticket.

The charges come three days after the FA was fined £25,630 for crowd problems, including the shining of a laser pointer at Denmark goalkeeper Kasper Schmeichel during England’s semi-final win, at the same ground in North West London.