There are coaches in junior sports teams all over the world who spend every week telling kids that talent can only take them part of the way towards success. There are roadblocks which ability alone simply cannot budge.

It's a message that endlessly circulates the globe, from a football field in Buenos Aires to a badminton court in Singapore to a rugby league paddock in Emerald to a swimming pool in Florida. 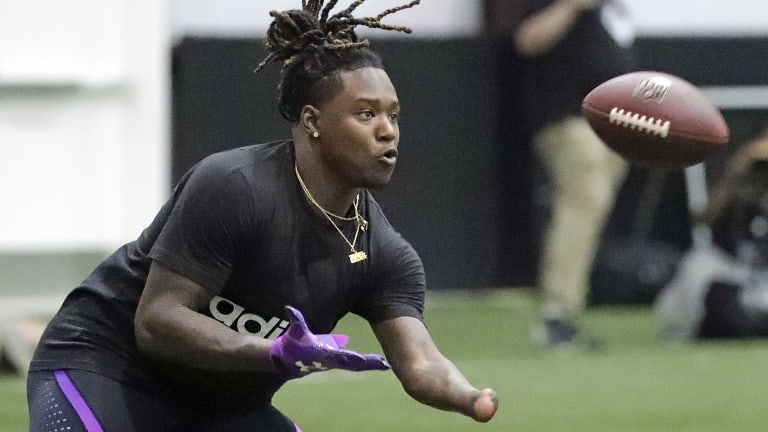 Hard work starts now: Shaquem Griffin, who has one hand, has been drafted by the Seahawks.

The rest of the ingredients lie somewhere in an ever-changing recipe that might include, at any given time; dedication above and beyond, relentless work, humility, perspective, a desire to listen, an ability to learn and above all, an unshakeable belief that if you want, you can.

Reality often intervenes. Even when every single effort has been made, sometimes it's just not enough. And then there is Shaquem Griffin, whose story makes you re-think what's really possible when strength of character leaves setbacks in the shade.

Two Australians were drafted to the NFL over the weekend and both have tales to tell. But Griffin's signature with Pete Carroll's Seattle Seahawks was the one that captured the hearts of America. 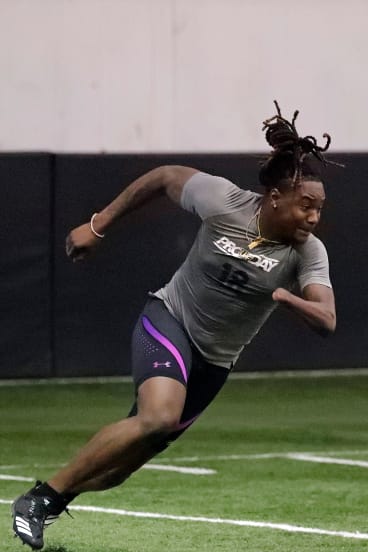 Dream maker: Griffin has entered the big leagues with his twin brother in the NFL.

Griffin, 22, is a linebacker from the University of Central Florida. There, he was a star, winning the AAC Defensive Player of the Year in 2016 and then featuring in a side that last year didn't lose a game.

The kid's strong – and fast. At the draft combine, he rattled off the quickest 40-yard dash for a linebacker since way back in 2003. Even then, he had to wait until the fifth round to hear his name called out in Dallas.

Part of the reason for the wait is that Griffin only has one hand, although it's unlikely he'd use that as any excuse. He never has, all the while proving people wrong at every single level of the sport. Now, he just has to do it all over again.

When he was four, Griffin had his left hand amputated. It was left painful and unusable after he suffered from a condition known as amniotic band syndrome, which constricts limbs or digits with a fibrous tissue in the womb.

As a child, he played with twin brother Shaquill, oblivious to any limitations. Little kids have the beautiful gift of instinctively thinking about how to overcome an problem, not why it can't be solved.

With his hand gone, he simply learned to catch and carry it a different way. And along with his brother, they discovered they were not just good at American football, they were excellent. 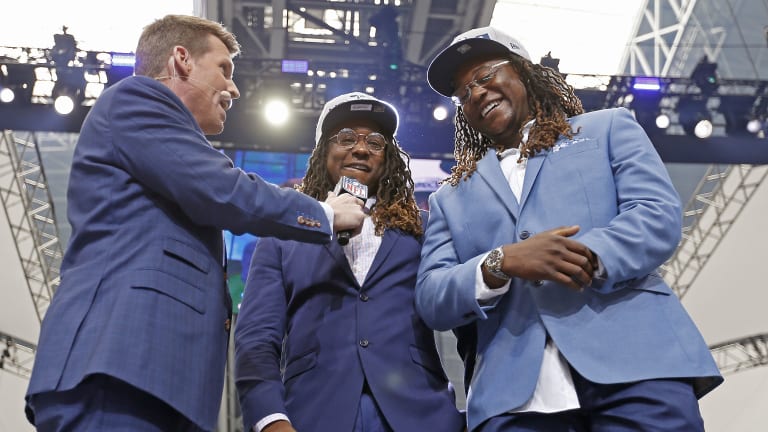 Yet you can only imagine the barriers in Griffin's way as he climbed through the levels; the private doubts in the minds of coaches, recruiters, maybe even himself when the going seemed too tough.

No hand? Work around it. He bench presses with a prosthetic attachment, throwing serious amounts of steel in the process. All the while, he never lost sight of the belief that he could play in the NFL, nor did his brother lose faith.

Like many twins, their bond is unbreakable. Now, once again, they get to play together. In being taken with the 141st pick, the twins are reunited, with Shaquill a cornerback for the Seahawks. Sometimes, sport just wins.

"Be humble," Carroll told Griffin on the phone before his number was called out. You wonder if he has ever had any choice to approach things any other way. The other advice? "We're expecting people to come in and bust ass." Yes coach.

"Shaquem overcame a tremendous amount by just believing in himself and I think the belief of his brother in him, as well, which is obvious, was also part of all of that. It's a great story," Carroll later told ESPN. "I don't know that I've ever been in a more inspirational interview that we do at the combine than that one. He was just so expressive and so open to tell his story and to tell what this opportunity meant to him. He's an extraordinary young man."

The Brothers Griffin will have an Aussie mate in Seattle, too. With the 149th pick, the Seahawks picked up punter Michael Dickson, who came out of the Texas Longhorns by way of Sydney, where he was an academy player at the Sydney Swans. He took the gamble in 2015, following an increasingly well trodden pathway of AFL talents trying their hand at US colleges, and now stands to make millions if he can force his way onto the roster in Seattle.

The other Australian to have his name called was Jordan Mailata, who was in the system at South Sydney before being picked up by Super Bowl champions Philadelphia in the seventh round. He's never played a single game of American football but at 203cm and 155kg, Mailata will try to earn a spot on the offensive line. If it all goes wrong, he could always audition for the job of Ben Simmons' bodyguard.