Shazee Lee at home at Hawkesbury and hopes the Crown fits It has been a year since Shazee Lee graced the winner’s circle in the Hawkesbury Guineas and trainer Scott Singleton decided to target the stand-alone day with his home-track specialist again.

The Ready’s Image mare has won only three of her 17 starts, but two of them have been features at Hawkesbury – last year's Provincial Championship Qualifier and her stunning Guineas win. 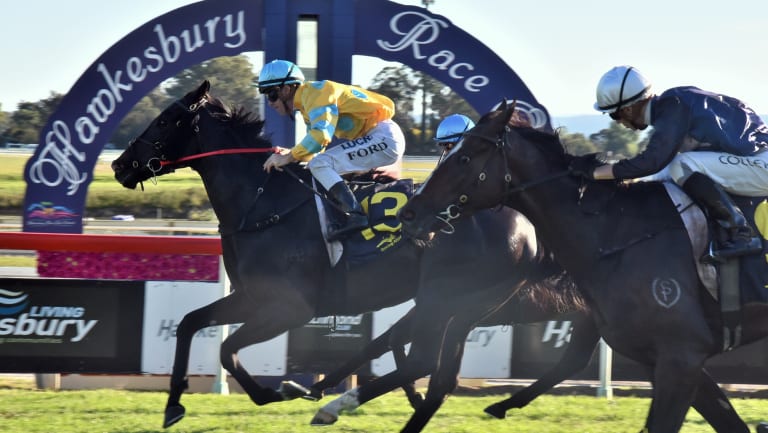 In six starts since, her best effort was a fifth in the Ladies Day Cup, another listed event on her home track.

It meant the Godolphin Crown had to be a target and even though she is a $41 chance that should not deter punters.

“She does just seem to go better at home for some reason,” Singleton said. “When you look at her record her big wins have been here.

“She had pretty ordinary luck in the Ladies Day Cup and probably should have at least run a place that day, which would have meant she had been placed in three of the best races at Hawkesbury.

“When we sat down for this preparation we looked at this race and made it a goal. It is one of the only races she can run in at home now and being a group 3 winner we have to be careful at the races we target.”

Shazee Lee was a $21 chance when the Provincial Championships winner and $51 in the Hawkesbury Guineas, so causing a surprise is nothing new to her.

Singleton said her winning prices were reflective of Shazee Lee’s racing style rather than her talent because getting back often counts against her. She possesses a booming finish, which can make her dependent on traffic and tempo.

“She is one of those horses that gets back and things have to go right for her to win, and that has seemed to happen here at Hawkesbury,” Singleton said.

“When she won the Guineas last year, she broke Chautauqua’s record and only got out in the last 150m and flew.

“That is what she does, if she gets the run at the right time she is capable of winning any race.”

Shazee Lee made up many lengths in the leader-dominated Sapphire Stakes at Randwick when she returned with a ninth a fortnight ago,  after a couple of handy barrier trials, including a win at Hawkesbury.

Singleton was happy with her return and was given confidence when race-day jockey Christian Reith wanted to ride her final gallop on Tuesday.

“I thought she was good at Randwick and the extra trip is going to suit her,” Singleton said. “Being a local, you want to have runners on this day and I would love to have another winner.

“When Christian rang and said he would ride her on Tuesday I was very happy, and he came back and said she feels great.

“So we are very happy going to Saturday, even though she drew [gate] 15. To tell you the truth that doesn't really concern me because she is going to go back. We just have to hope they go fast enough and she gets the breaks at the right time."