Simply the best: Victory now have no A-League peers The arguments will rage throughout the offseason, with criticism loudest from NSW.

How can Melbourne Victory be crowned Australian champions when they finished fourth on the ladder, 23 points behind the self proclaimed ''greatest team of all'', Sydney FC? 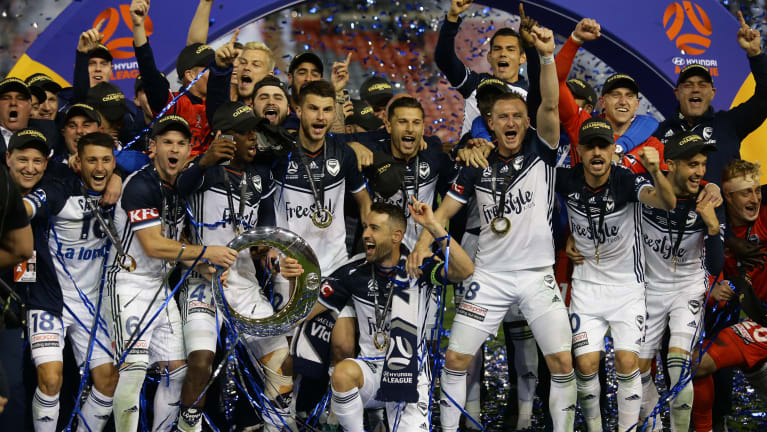 Victory celebrate with the trophy.

The Sky Blues had romped to a second straight premiers' plate and were regarded as certainties for back to back championships too, until a heroic Victory upset Graham Arnold's applecart in Sydney in the semi-final and then went on to win against Newcastle Jets on Saturday night.

The answer is simple. Australia has a finals system. And like it or lump it, that's how the competition works.

Purists say that a knockout competition at the end of the regular season is a lottery and that it devalues the accomplishment of the side that has been the demonstrated best over 27 weeks.

But it's the Australian way, and everyone knows the rules when they sign the participation agreement.

Finals football is different. It's tougher, more physical, mentally demanding and is a pressure cooker through which only the strongest survive.

Victory, under first Ernie Merrick, and now Kevin Muscat, have proved that mental toughness and big game know-how are in their DNA.

Muscat has had his critics for his style of play and his reluctance to blood youngsters and fresh faces.

But his results show that the end justifies the means. Under Muscat, Victory has reached three grand finals in four years, winning two and losing the other on a penalty shootout to Sydney.

That they are now the most successful club in the competition goes without saying. 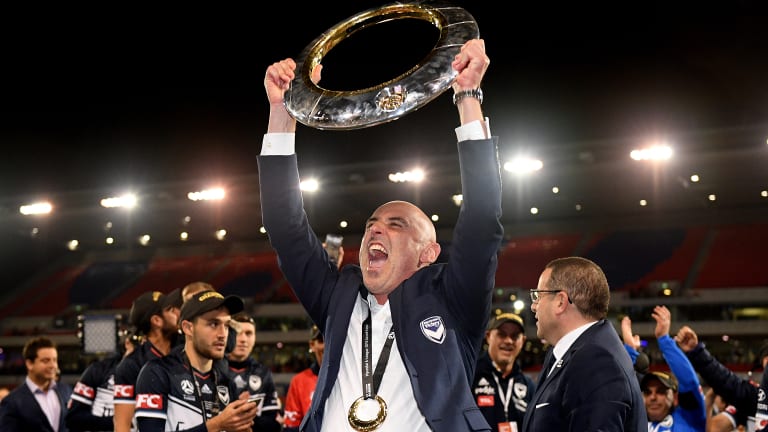 They have more fans, more trophies, draw bigger crowds, consistently break even or turn a profit and have a deep community engagement. They will surely only get stronger when their new $21 million training centre and headquarters comes on stream in western Melbourne.

Sydney are consistently good. Brisbane had a purple patch. Adelaide are always thereabouts. The Wanderers have come so close, Melbourne City has flattered to deceive, the Mariners' glory days are back in the past.

But Victory are the constant, and Muscat their main man.