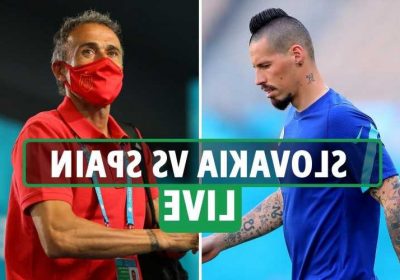 SPAIN take on Slovakia tonight with qualification to the last-16 of Euro 2020 still in the balance.

After two draws in their opening two matches, the Spanish could sneak through with another stalemate but will want to make sure with three points.