Sydney have won the battle for highly rated youngster Nick Blakey, who has told North Melbourne he wants to join the Swans as an academy player rather than signing with the Kangaroos as a father-son.

Blakey is rated by some judges as a potential top-three pick in this year’s talent-laden draft.

North Melbourne confirmed on Tuesday that Blakey had informed the club that he would rather remain in Sydney, where his father John is an assistant coach. 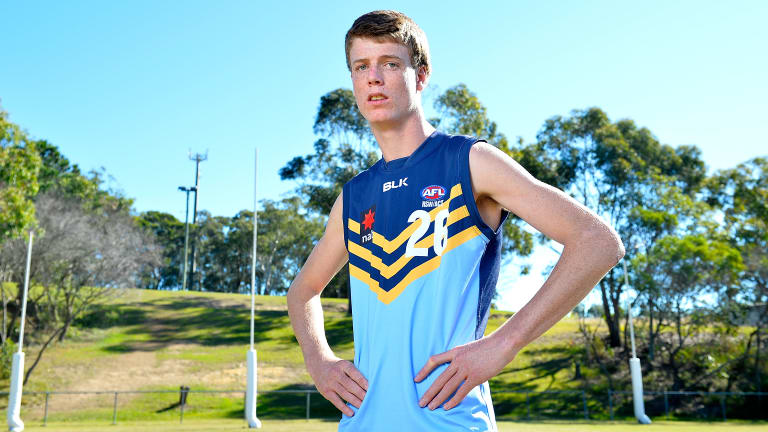 The Brisbane Lions have also been made aware that Blakey will choose the Swans. His father John played enough games for both Fitzroy and North for Nick to qualify as a father-son for either club.

North Melbourne had been expecting Blakey to nominate the Swans, who still have to draft him via the bidding process for academy players. Blakey is certain to cost the Swans their first draft choice, which is viewed as a bargain given the talent the 196-centimetre teenager has shown and the likelihood that Sydney will again play finals and finish relatively high.

The Roos have been disappointed that the father-son status does not supersede an academy recruit under the AFL rules, but have fared well on their own "Next Generation Academy'' – for indigenous and multicultural players – which should see them claim Tasmanian Tarryn Thomas, who is viewed as a prospective first-round pick and whom the Roos may be able to snare after their first pick, depending on where they finish. 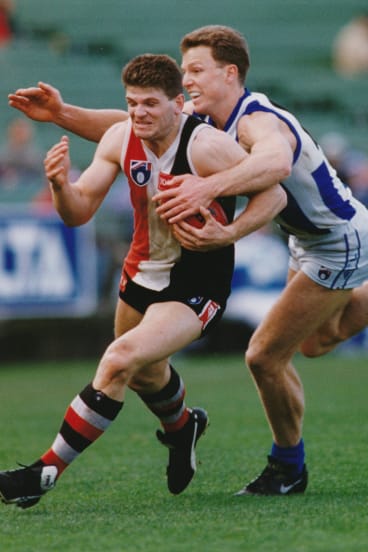 John Blakey played a total 359 games for North and Fitzroy and was a member of the Kangaroos' premiership teams of 1996 and 1999. He has been working for the Swans for more than a decade and, as a consequence, Nick has been raised in Sydney and been in the club's academy for several years.

Under the rules, a player can choose either the academy to which he belongs, or opt to be a father-son recruit (he could chose neither and nominate for the draft, too). But the bidding process means that the club will have to match the bid and, in Blakey's case, this is likely to mean Sydney's first pick is given up, as it was when the club took academy stars Isaac Heeney and Callum Mills in what were clearly huge wins for the club.

North, Geelong and the Gold Coast are all vying for Bailey Scott, the son of ex-Cat and North premiership player Robert Scott, who is a member of the Gold Coast Suns' academy.

Blakey has said he views himself as a midfielder, even though his height means he's also capable of playing as a key forward. He booted five and seven goals in the past two academy games and some recruiters rank him among the top handful in the upcoming draft.