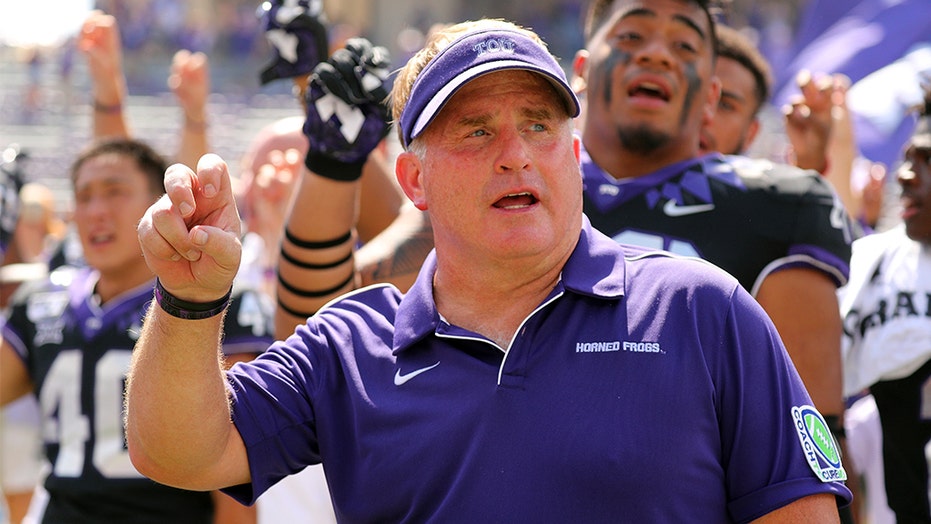 Redshirt freshman linebacker Dylan Jordan claims on his Twitter account a conversation over the appropriateness of Jordan posting a photo of his girlfriend to Twitter escalated into a dispute during which Patterson called him “a f—ing brat” and used the racial slur.

Jordan says he replied to being called a brat by saying, “For what? I ain’t did nothing,” to which Patterson said, “you’ve been saying n—as in the meeting room.”

According to Jordan, multiple players refused to go to practice after he relayed his account of what happened. When Patterson came to the locker room, he is accused by Jordan of saying, “I wasn’t calling him a n—-r“ by way of explanation.

Jordan eventually cleared up what happened.

“It ain’t ab calling me the n- word…. that never happened… it’s ab the fact that it’s not acceptable to be said regardless context…,” Jordan tweeted.

He admits his first year of football “life has been really rocky” at TCU and feels he was lied to in recruiting about the potential for early playing time. Even an offer to change positions hasn’t helped him get on the field.

For National Girlfriend Day on Sunday, Jordan posted a photo but says Patterson “called me out” in front of the defense. When Jordan said, “you should’ve just asked me about it,” the exchange evolved.

TCU tight end Artayvious Lynn posted his account to Twitter, claiming Patterson told Jordan to “stop saying n-word in the meetings” and “you’ve been saying [n—–] in meetings.” Patterson did not call anyone by that slur, Lynn said.

“The word shouldn’t be used in any form or fashion but Dylan WRONG for making it seem that way,” Lynn wrote. “S— is soft of you son!!!!”

In 2018, six former TCU players filed a “systematic misconduct” lawsuit alleging verbal abuse by Patterson and neglect of injuries on his watch. Jordan is calling for a penalty for Patterson, TCU’s head coach since 2000, and a two-time National Coach of the Year winner.

“This behavior is not okay now or ever and there needs to be repercussions to these actions,” Jordan wrote.