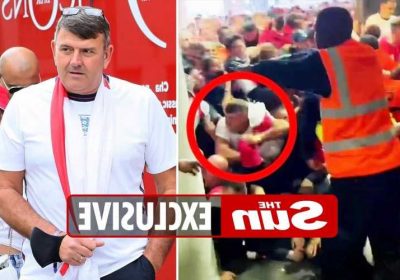 THIS is the terrifying moment England hero Harry Maguire’s dad’s ribs were broken in a crush at the Euro 2020 Final.

Alan Maguire, 56, is seen grimacing in agony under the weight of bodies as ticketless yobs pile through a disabled entrance at Wembley. 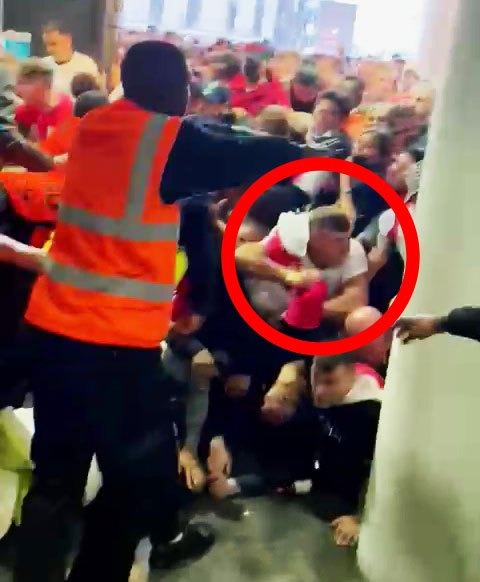 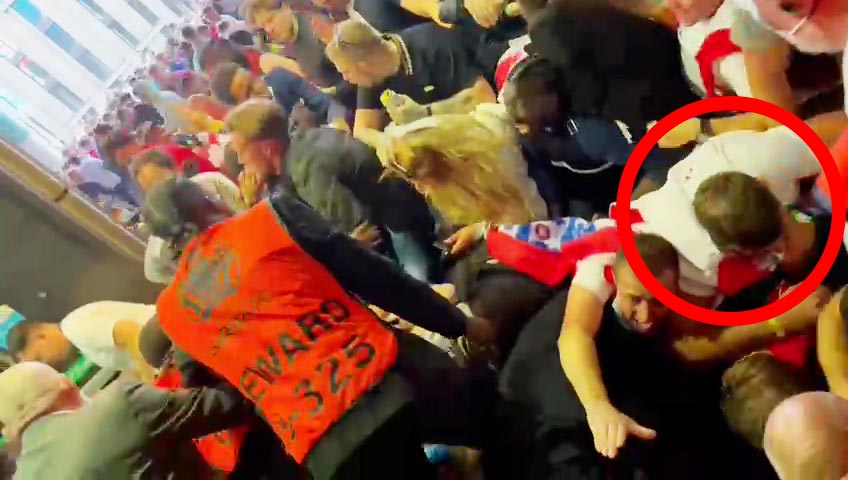 The proud dad, wrapped in St George’s flag, was on his way to his seat to cheer on 28-year-old Harry.

A fan who filmed the drama told The Sun: “I’ve never seen anything like it.

“If those doors hadn’t opened and the crush had got worse people could easily have died.

“I’ve followed England many times and recognised Harry’s dad caught in the worst of it.

“As soon as the doors burst open the bodies flooded in on top of each other and he was caught on the bottom. It was pandemonium. I ran towards the crush screaming at the yobs still pushing their way in: ‘Get Back you f***ing idiots!

“But they kept coming and innocent, paying fans caught up in it got crushed.

“I still can’t believe that I saw this at Wembley, which is supposed to be the best and safest place to watch a game. Heads should roll over this.”

Alan was crushed alongside Harry’s agent Kenneth Shepherd as they made their way to the families seating area.

He later spoke of his relief that Harry’s two daughters, who he usually hoists on his shoulders at games, were not caught up in Sunday’s chaos.

Man United defender Harry said: “It was scary. it shook him up.”

An estimated 2,500 ticketless thugs barged and blagged their way into Wembley.

The English FA was last night facing calls for a security shake-up following the debacle.

The Met Police is also carrying out a review after furious paying fans said cops were often nowhere to be seen as trouble flared. 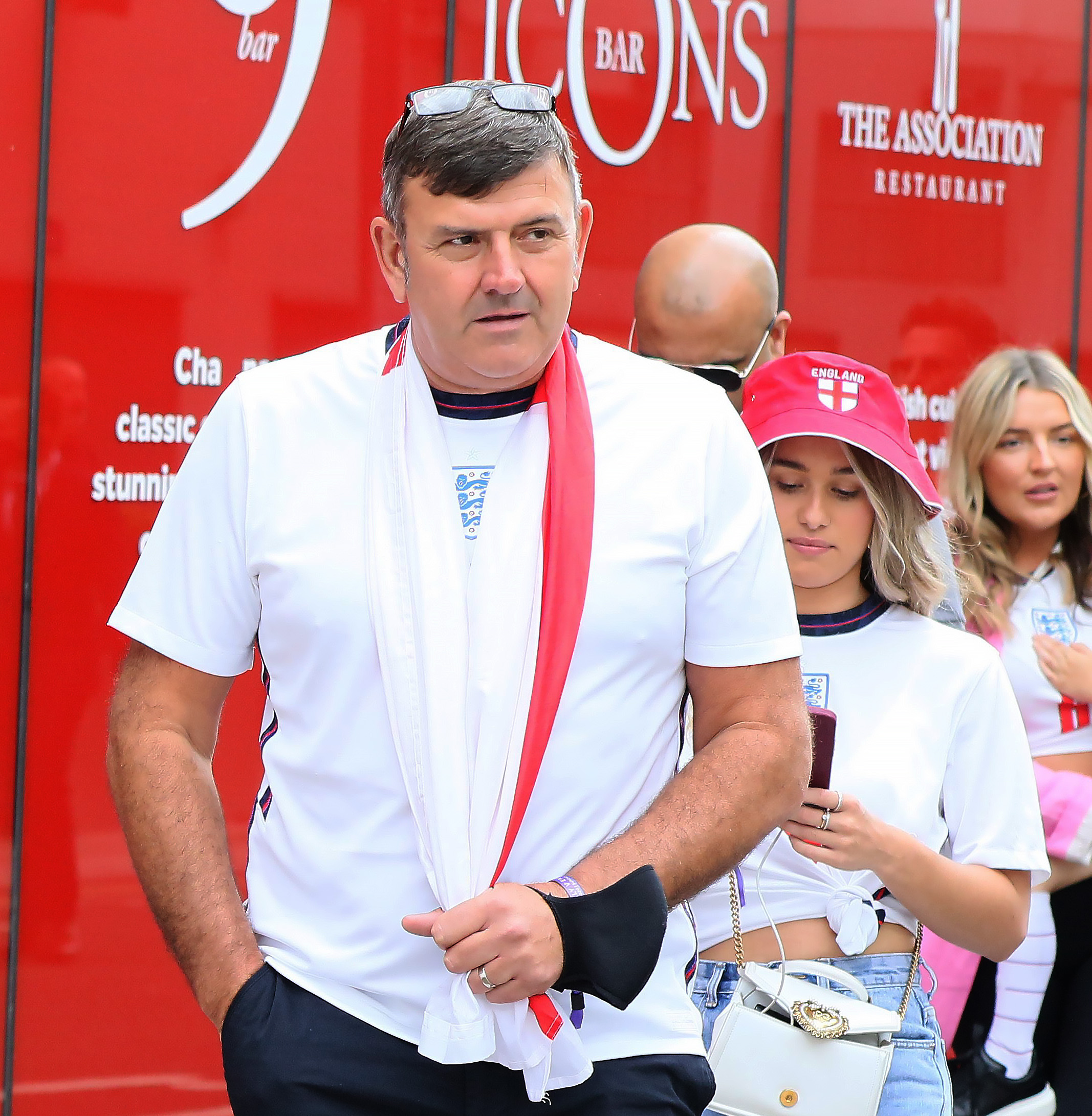 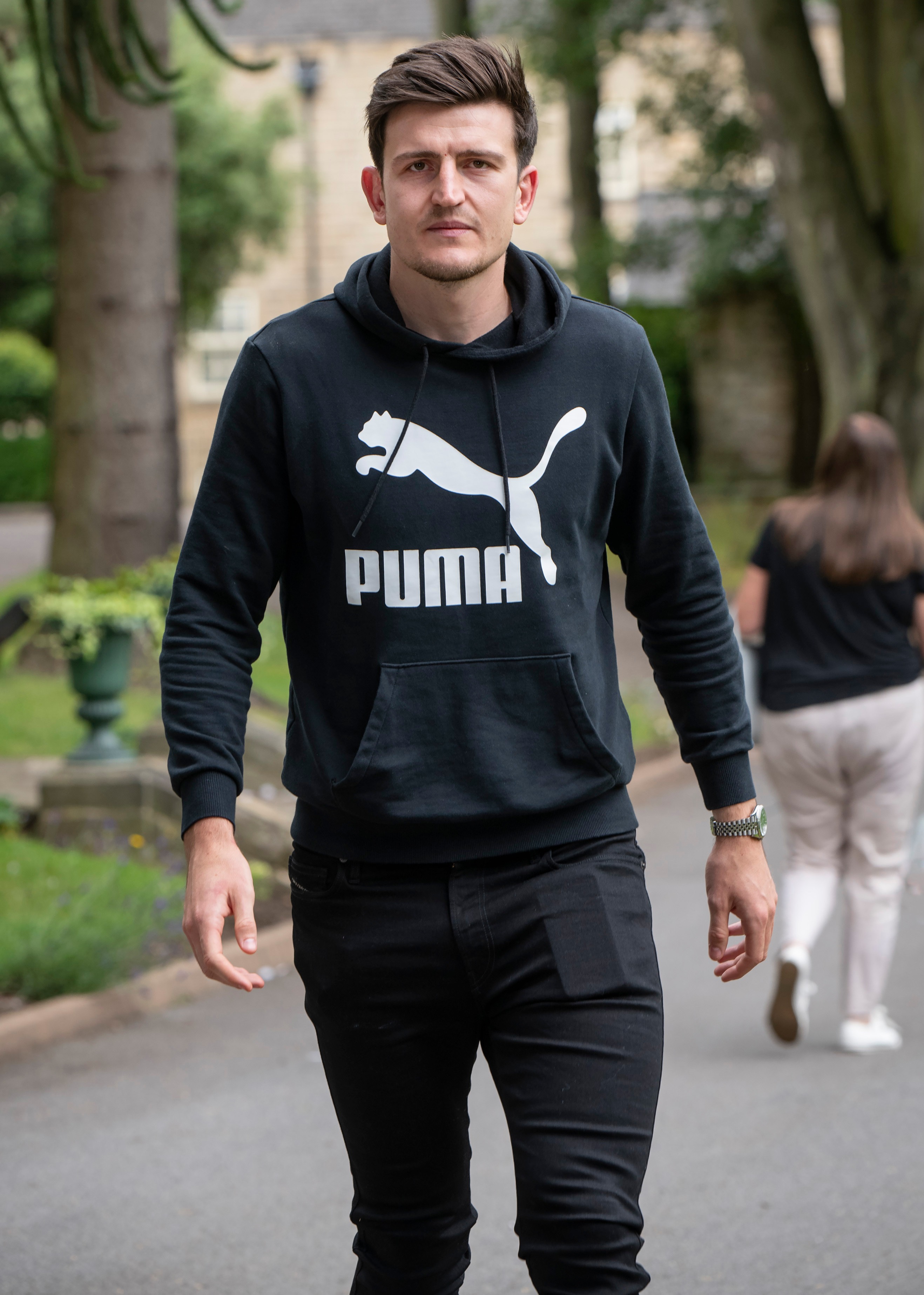