The life and times of Arsenal outcast Mesut Ozil, from winning World Cup to scary carjacking and Mikel Arteta snub 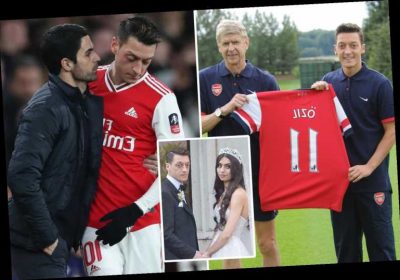 IT appears that his Arsenal nightmare is over.

Outcast Mesut Ozil, 32, has reportedly agreed his exit out of North London – signing a three-year deal with Fenerbahce. 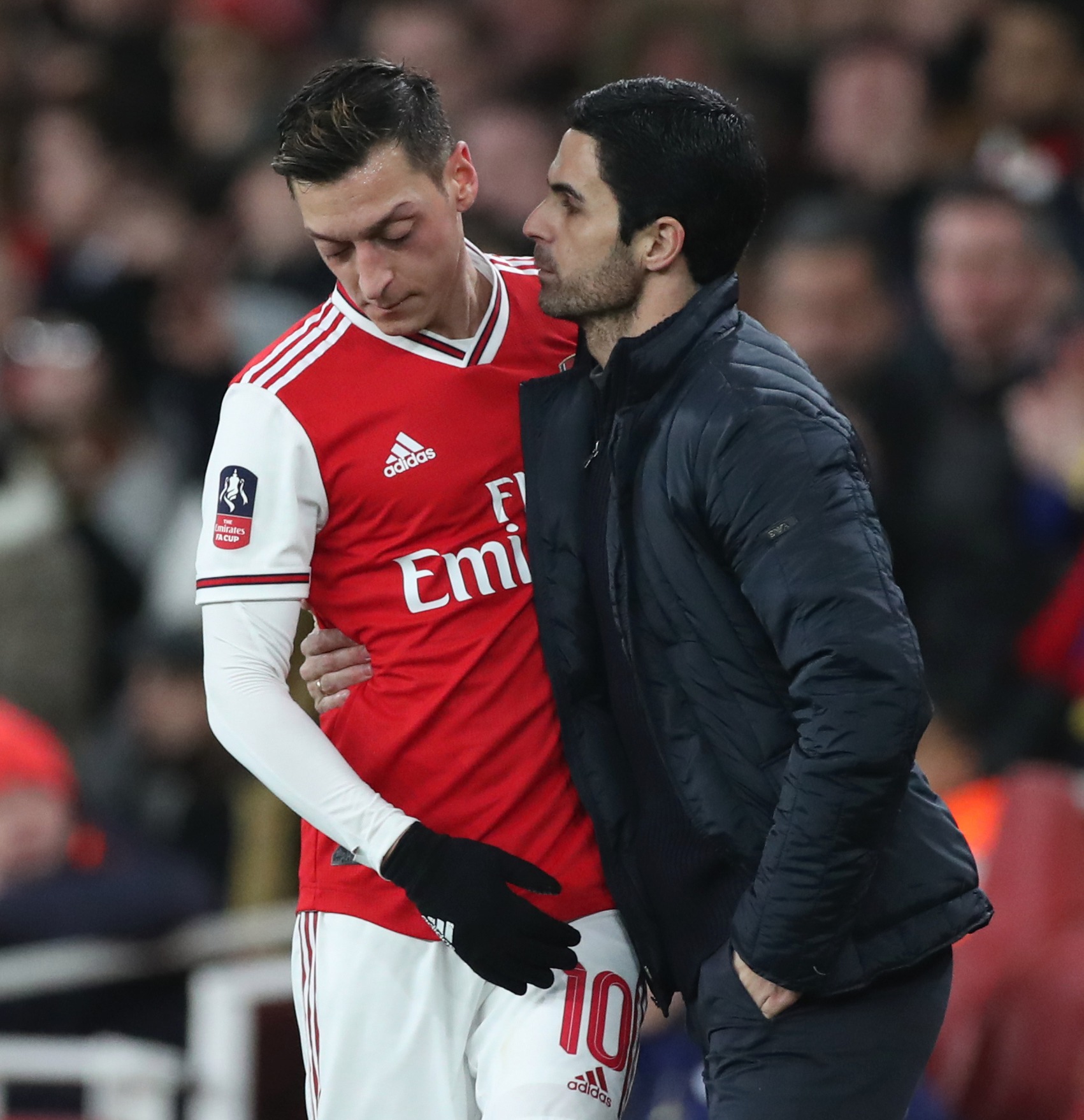 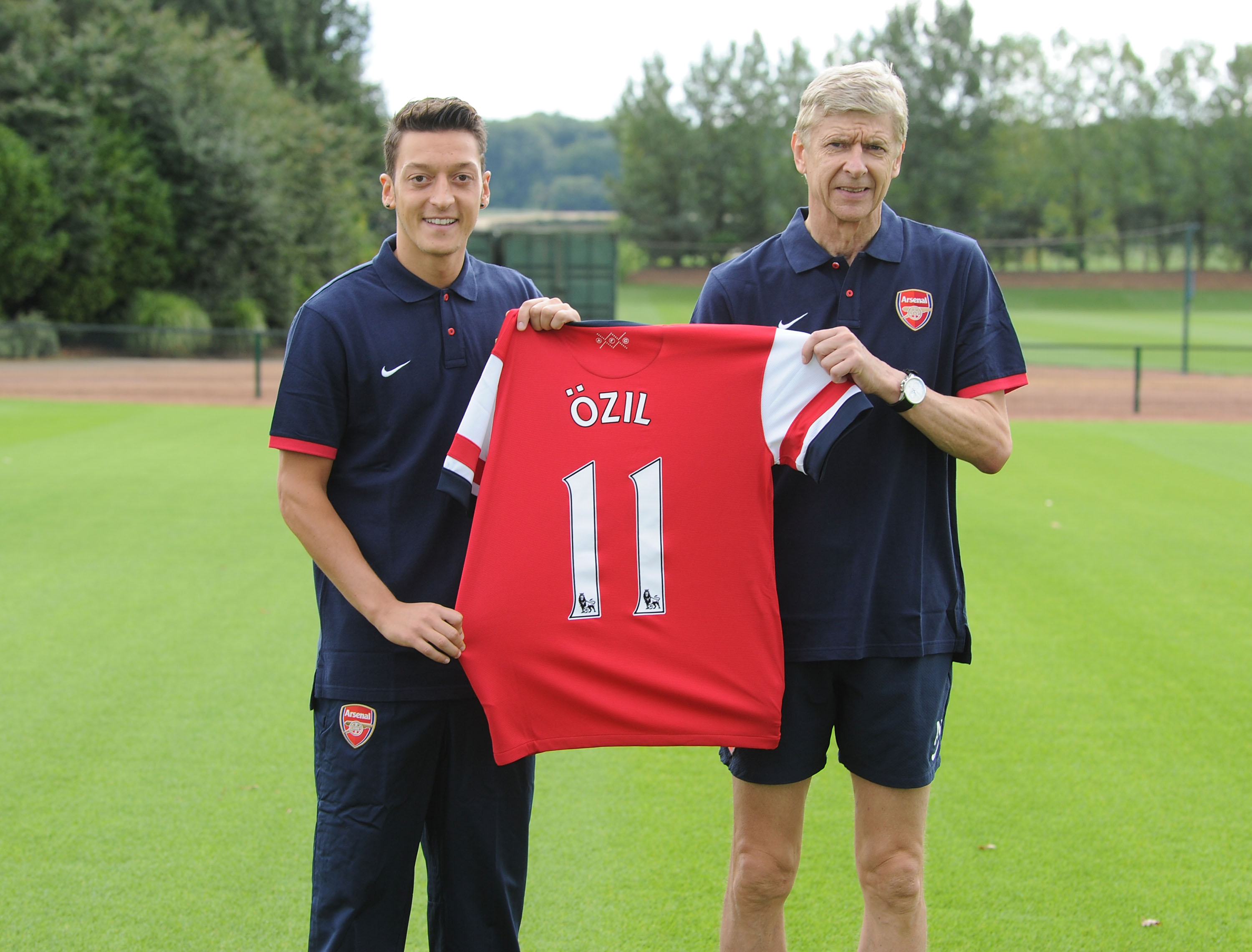 It's a move that shouldn't come as a surprise given the mercurial playmaker's Turkish roots, and the fact he was frozen out by manager Mikel Arteta.

The former German international arrived on our shores to much fanfare – a blockbuster £42million signing by Arsene Wenger from Real Madrid on transfer deadline day in 2013.

A year later Ozil became a World Cup winner. But with Arsene Wenger's departure in 2018, his Arsenal love-in became strained.

That same year, he retired from international football, after he was accused of turning his back on his country when he appeared in a photograph supporting Turkish politician Recep Tayyip Erdogan.

Then, in 2019 he and team mate Sead Kolasinac were victims of a terrifying carjacking when they were accosted by knife-wielding thugs.

Ozil's time with the 13-time league champions has been nothing short of eventful.

As fans waited patiently outside Emirates Stadium for news of any arrivals on transfer deadline day, suddenly reports broke that the Gunners were signing Ozil.

Although it was a substantial fee, a then-record £42million fee for Arsenal, they were securing the services of one of the world's great players from Real Madrid. 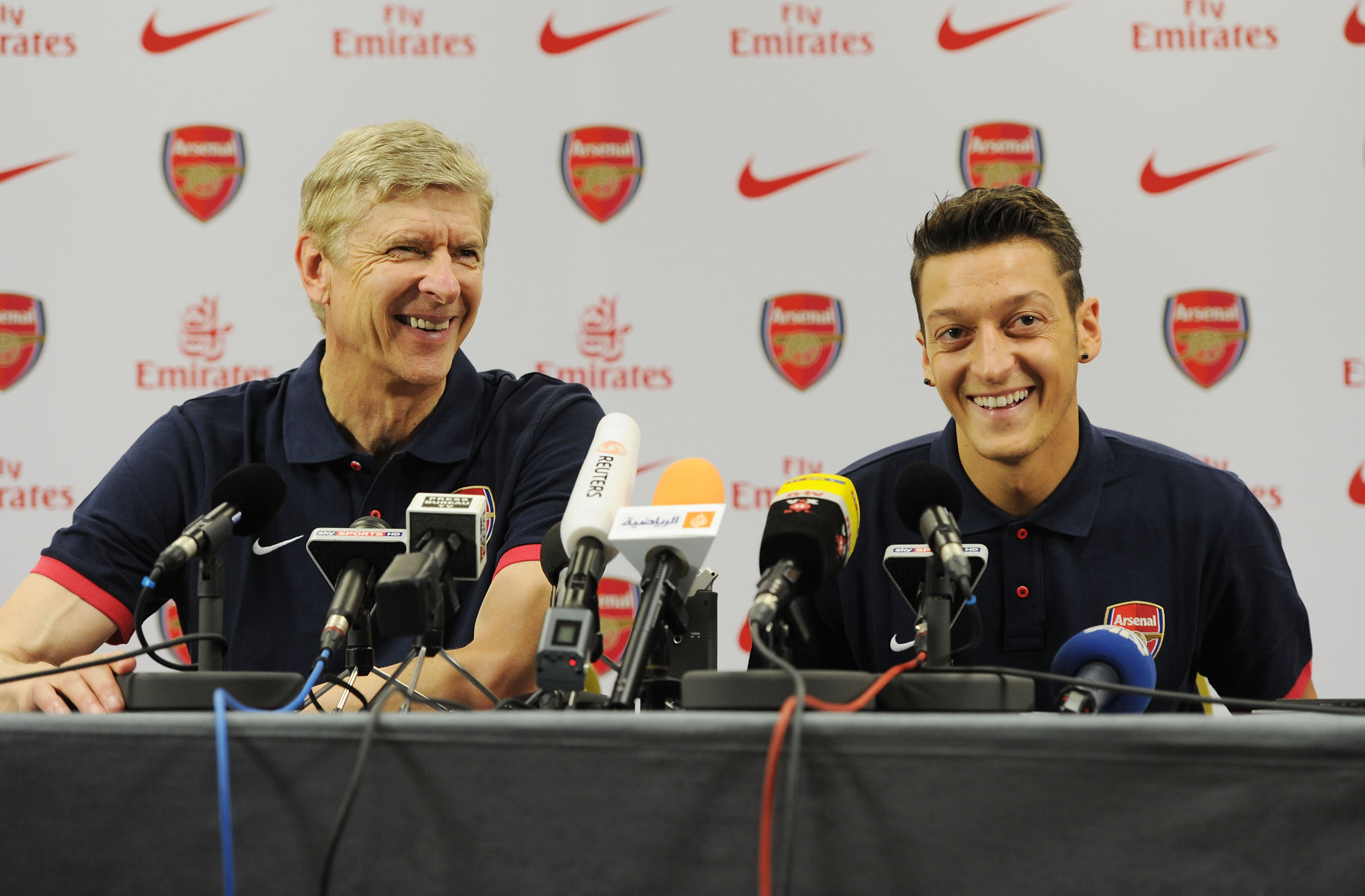 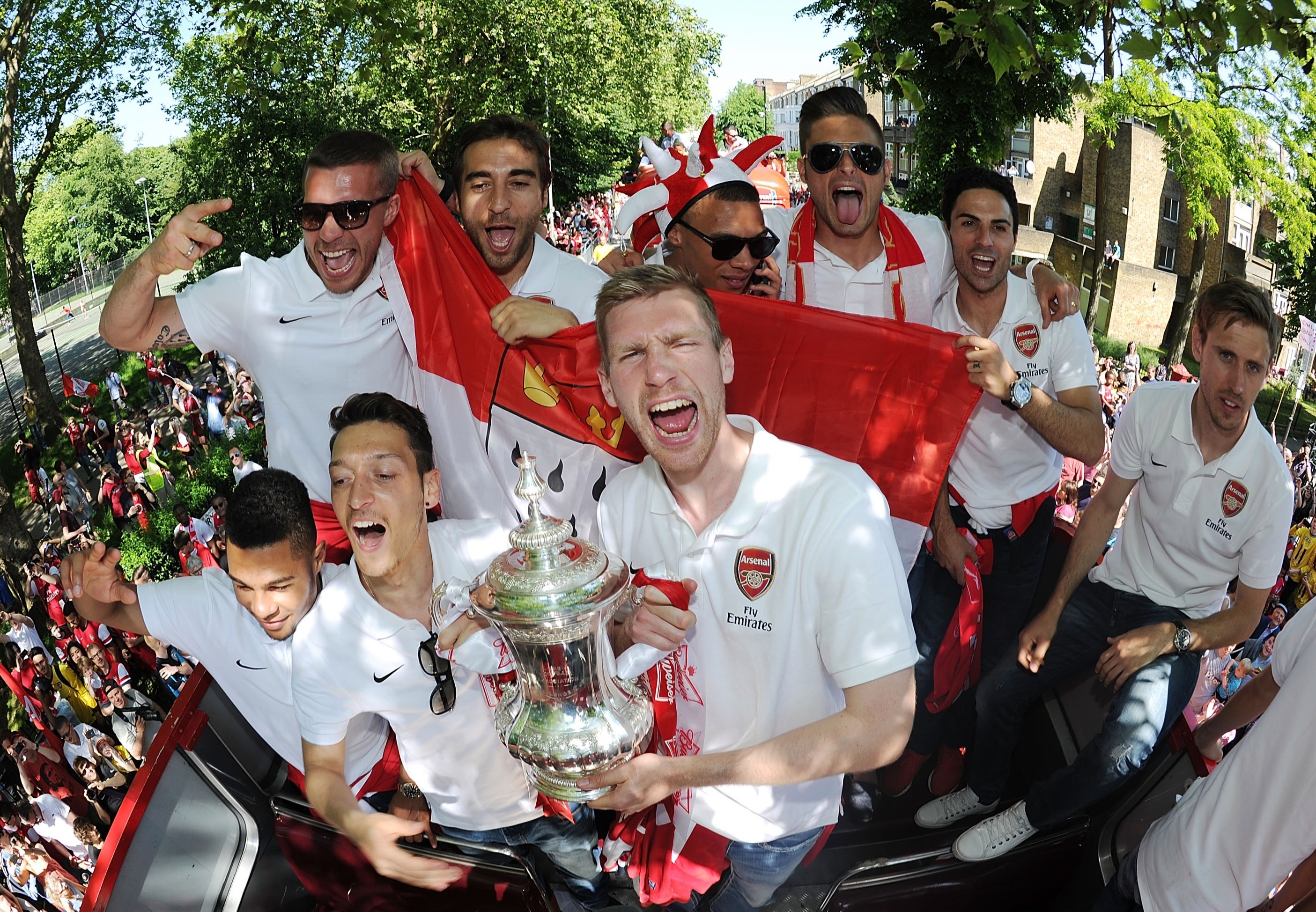 "He was the player who best knew my moves in front of goal," the Portuguese superstar said.

Ozil had an immediate impact at Arsenal in his first season – helping the club end their nine year trophy drought – winning the FA Cup against Hull.

He chipped in with 13 assists and seven goals in 40 games across all competitions. It appeared a new hero was born.

Ozil was the main man for Germany during their World Cup qualifying campaign, leading their scoring with eight goals in the group stages.

An injury to Marco Reus in a warm-up game before the tournament meant he was moved from his customary No10 position to playing on the left wing. 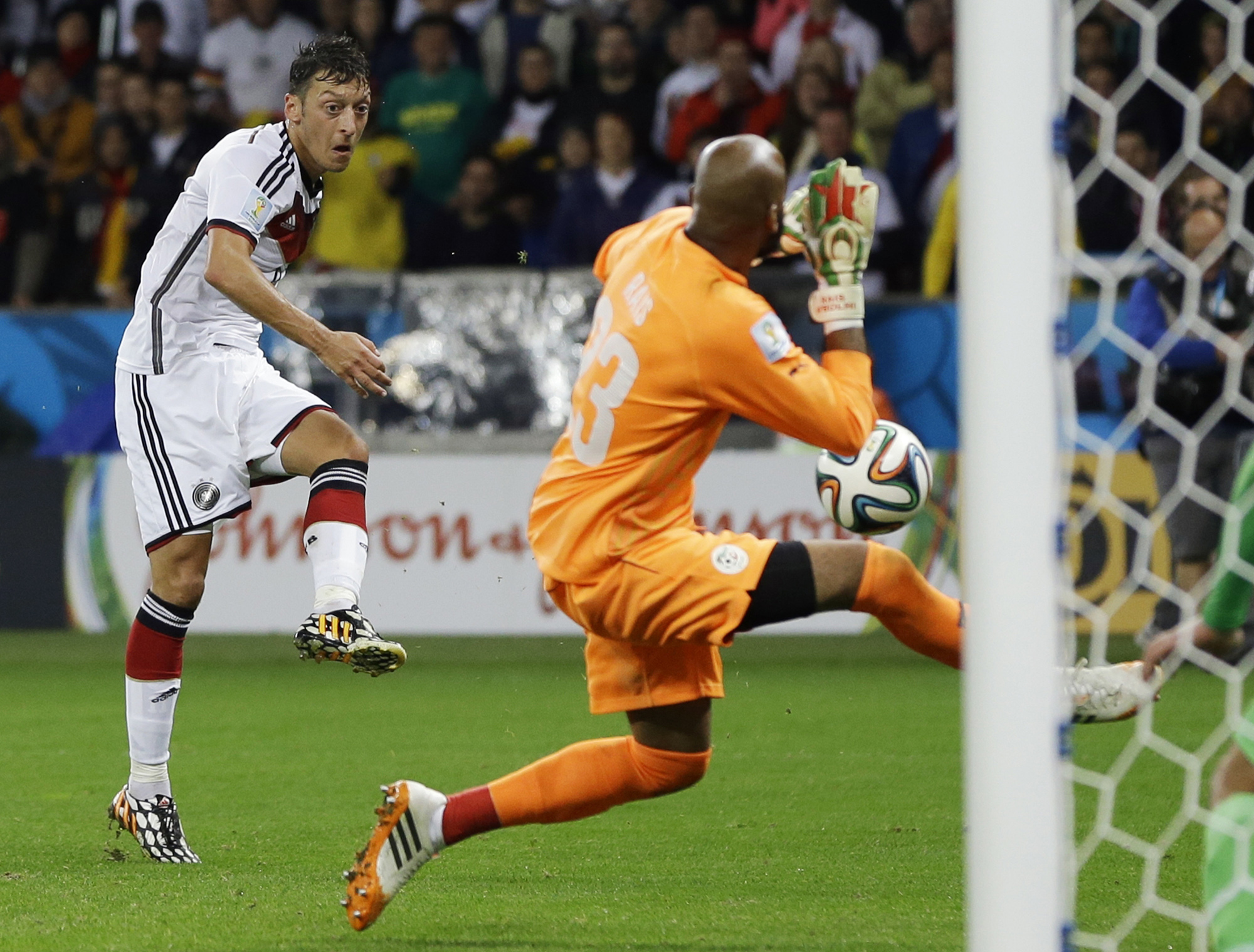 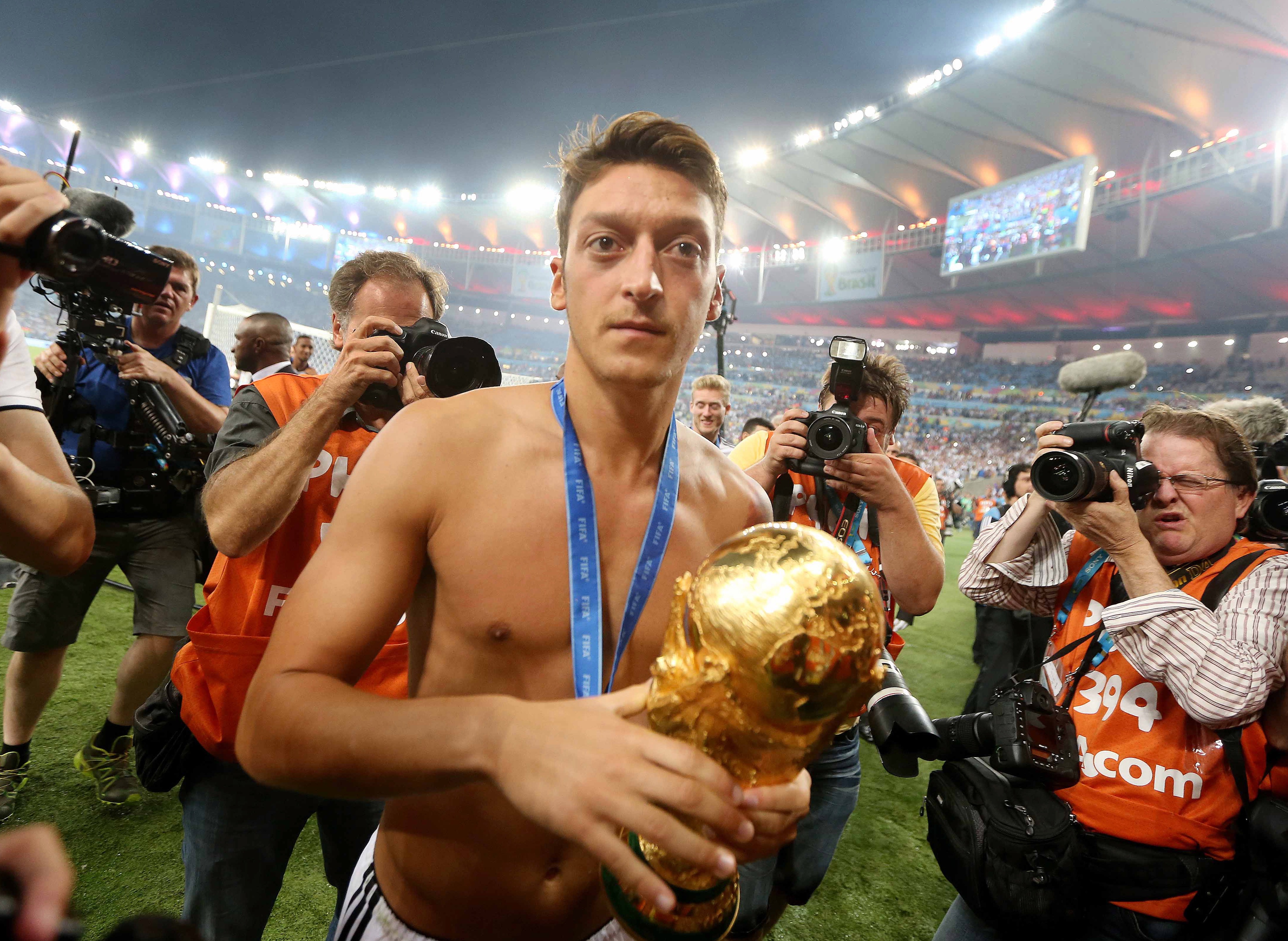 But that didn't deter him from playing a starring role as the Germans became the first European country to win a World Cup in South America.

Ozil scored a last-minute winner in the last 16 against Algeria in an entertaining 2-1 victory.

A 1-0 win after extra time against Argentina secured the trophy, and Ozil was approached by Michel Platini during the trophy presentation for his shirt as a souvenir.

He concluded the tournament as the leader in passes completed in the final-third, was ranked joint-second in chances created, behind only Lionel Messi, and ranked second overall in possessions won in the final-third.

Ozil always had a supporter in his former mentor Wenger.

When he signed for the club, their relationship was built upon trust and respect.

"When I spoke to Arsène Wenger on the phone, he was full of respect, and as a player, I need that," Ozil revealed. 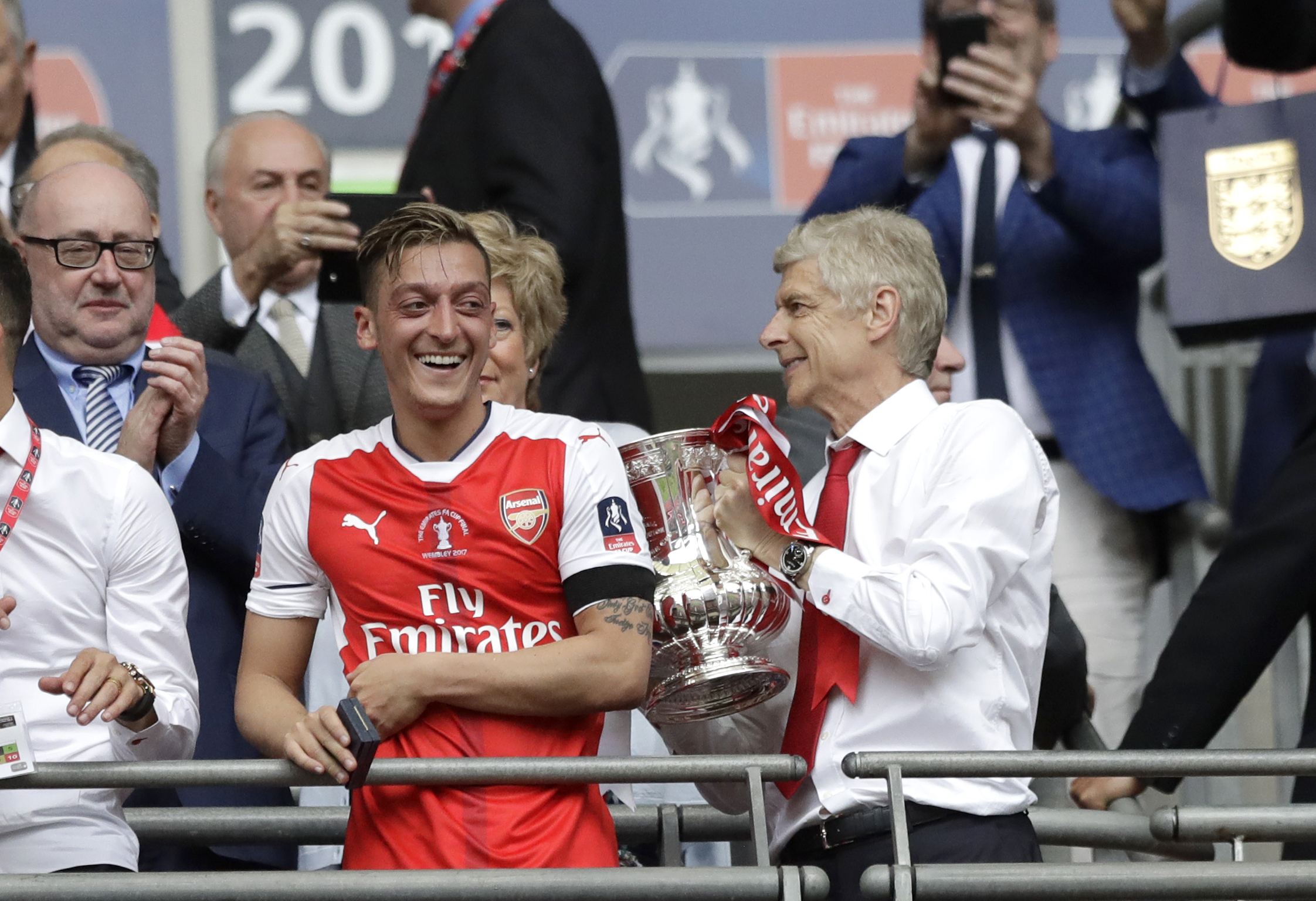 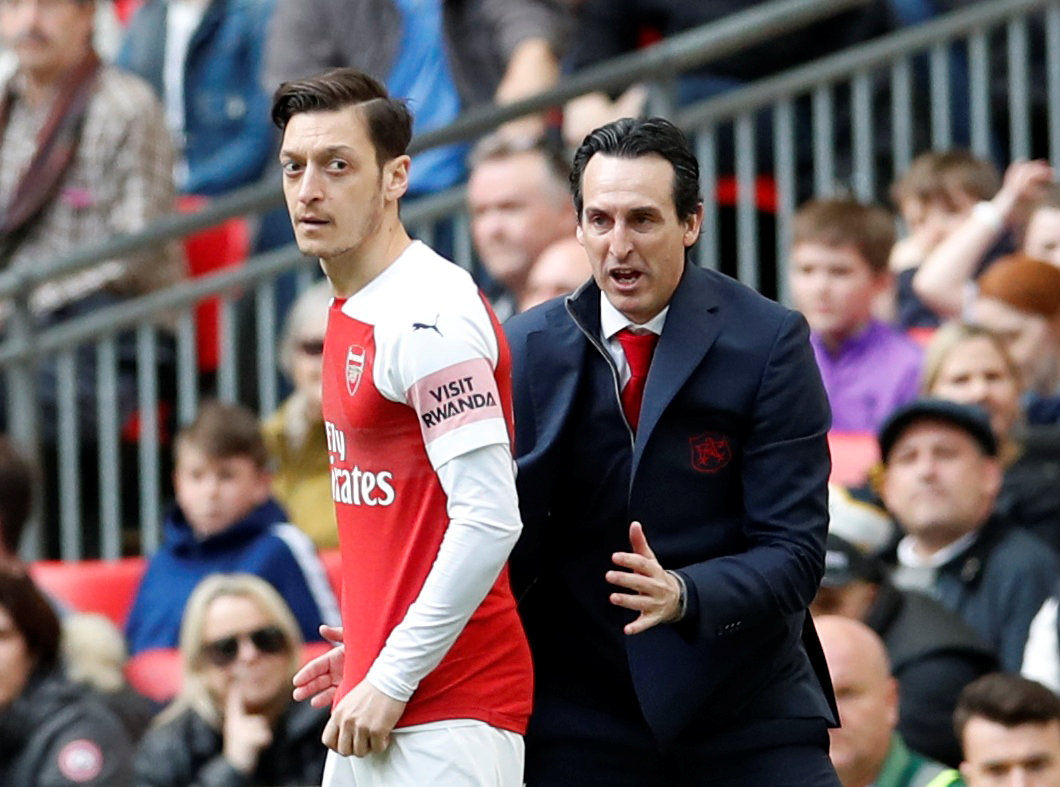 And the love-in was mutual. "If you love football, you love Ozil," the French boss once purred following a masterclass against Everton in 2015.

But in 2018 it was, perhaps, the beginning of the end for the midfielder when Wenger was sacked.

Unai Emery arrived and wasn't prepared to give Ozil a free ride – demanding more from a man who four months previous had inked a three-year contract extension worth £350,000-per-week.

The Spaniard doubted Ozil was able to provide "aggressive pressure" in matches.

He later said, "he has to be self‑critical too, analyse his attitude and commitment."

OFF THE PITCH DISTRACTIONS?

Away from football, Ozil was living his best life.

He found love with "soul-mate" and former Miss Turkey Amine Gulse in 2017.

They married in a glitzy ceremony two years later, and he appeared contentwith London life – even sharing Instagram posts taking the Tube, and supporting various charities by giving away some of his large wealth.

But a stunning fallout with his country prompted his decision to quit international football in 2018, which would've dented his pride. 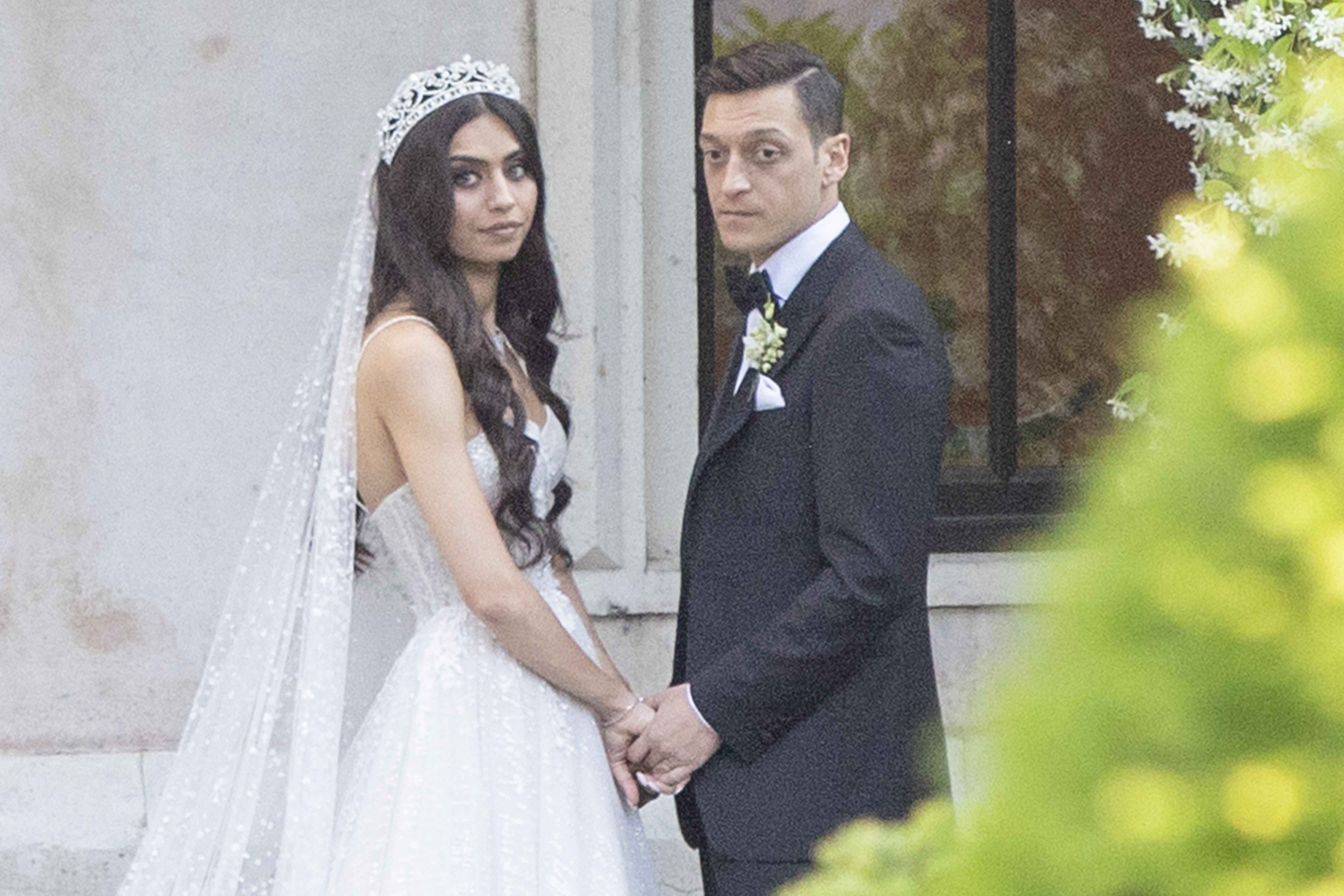 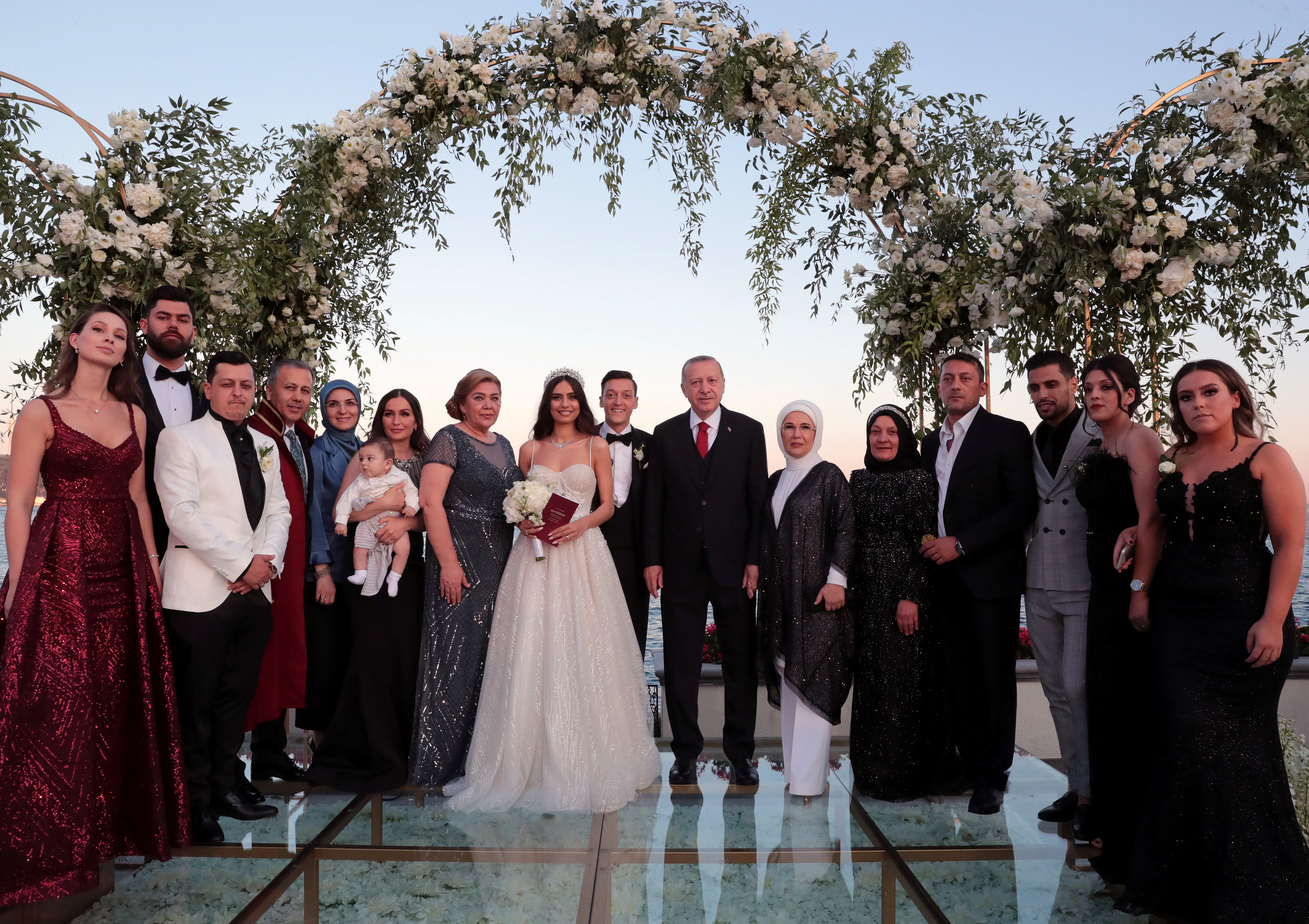 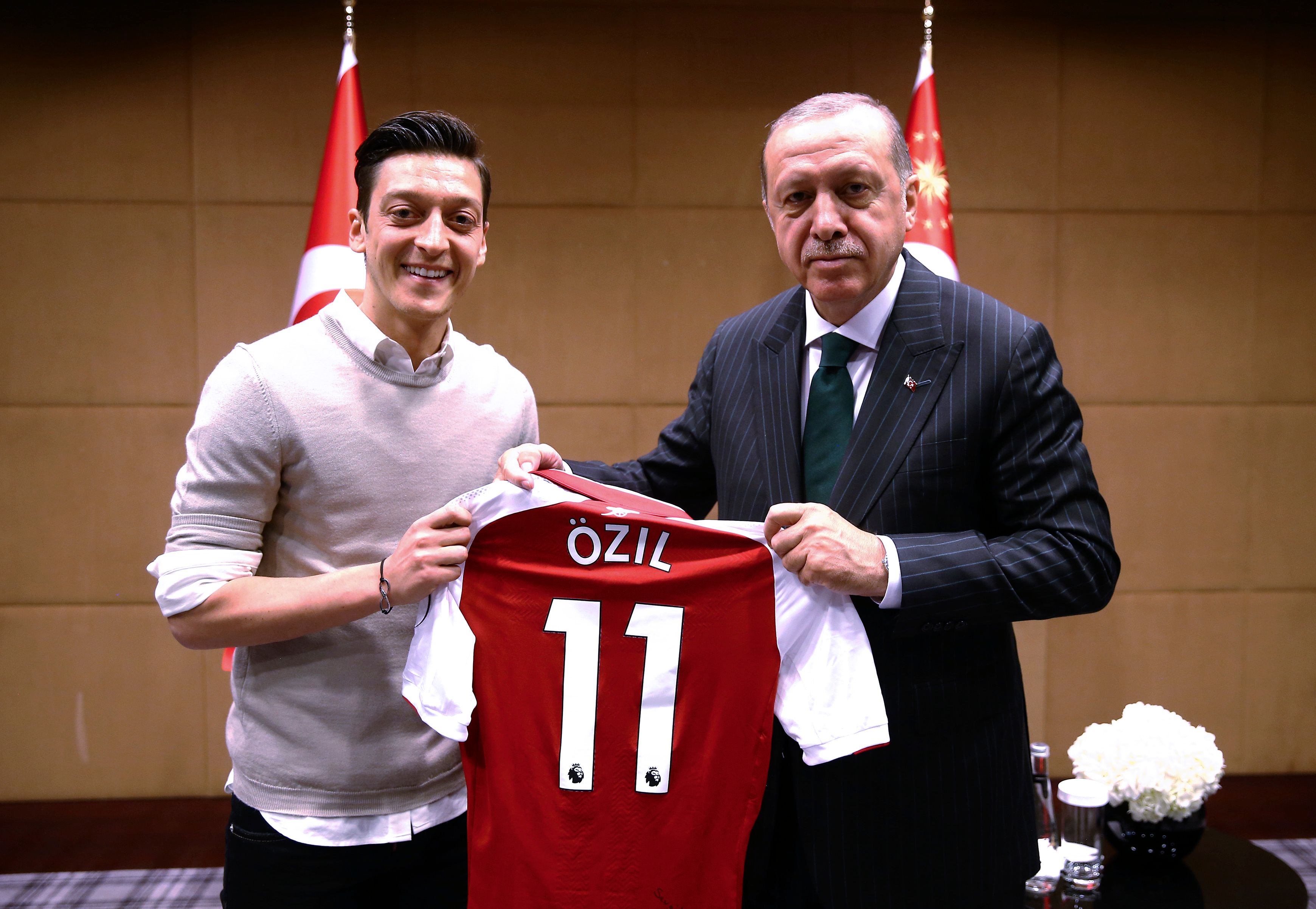 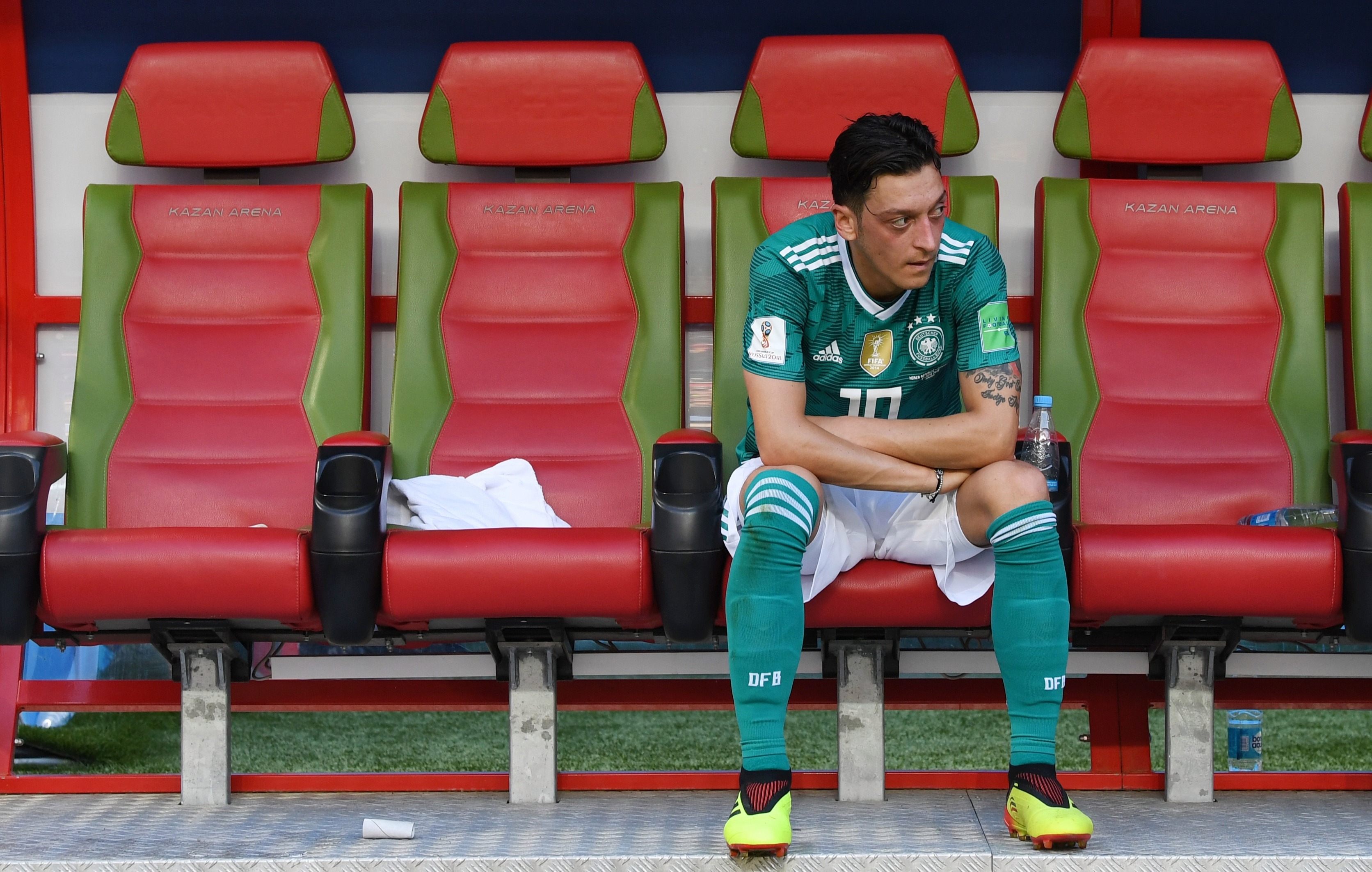 In the lead up to the Turkish general election, Ozil and Manchester City star Ilkay Gundogan were criticised by German chancellor Angela Merkel for posing for a snap with President Erdogan, given Turkey and Germany's political differences.

After a disappointing 2018 World Cup, Ozil defended the photograph and hung up his boots – disgusted that his allegiances were being questioned.

In 2019, Ozil and Sead Kolasinac were subjected to a horrific carjacking near their North London home.

Thieves flashing knives on mopeds forced the No10's team mate to confront the villains and Ozil feared for his and his wife's life.

Speaking after the incident to The Athletic, Ozil revealed: “Sead’s reaction was really, really brave because he attacked one of the attackers. The second one was in front of my car on his moped so I couldn’t drive.

He added: “Nothing happened to us, that’s the most important thing." 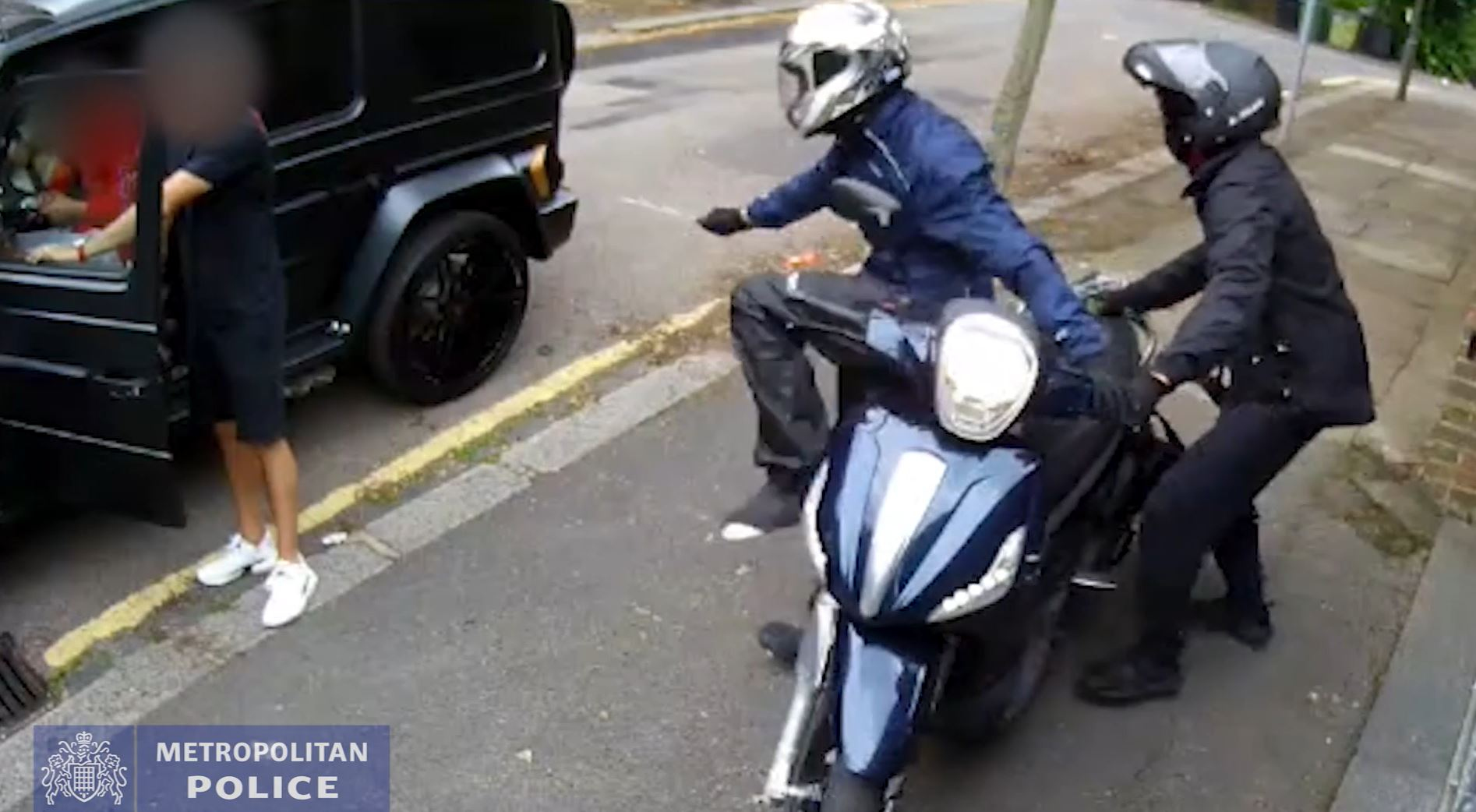 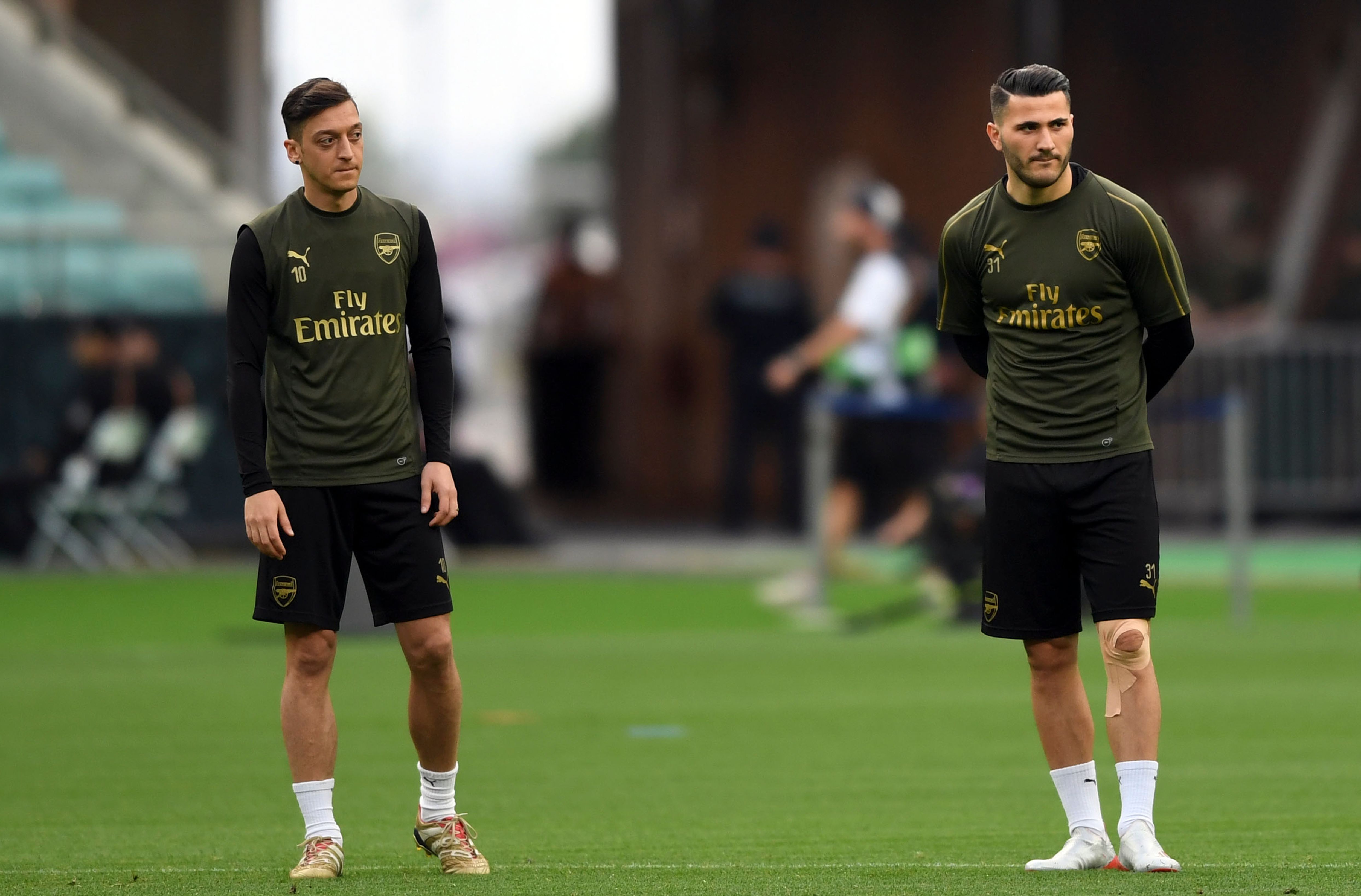 It could be a case of Ozil not fitting into Mikel Arteta's plans, some moments of indiscipline, lack of desire, or simply a move to get the star's salary off the wage bill to explain why Arsenal have frozen him out this term.

Before the season started, he was embroiled in a war with the club when he was one of a number of players who refused to take a 12.5 per cent pay cut during the coronavirus pandemic.

Then, he was left out of squads for both the Premier League and Europa League. It was the final nail in the coffin for his Arsenal career.

With Arteta insistent on a style of play and formation that requires a hard press, Ozil's talents weren't required – even after calls he could help curb the club's problems creating chances this season.

The odd tweets here and there, one in particular in which he announced he would personally pay the salary of the club's long-serving mascot Gunnersaurus after he was let go by the club, wouldn't have sat well with the Arsenal hierarchy either. 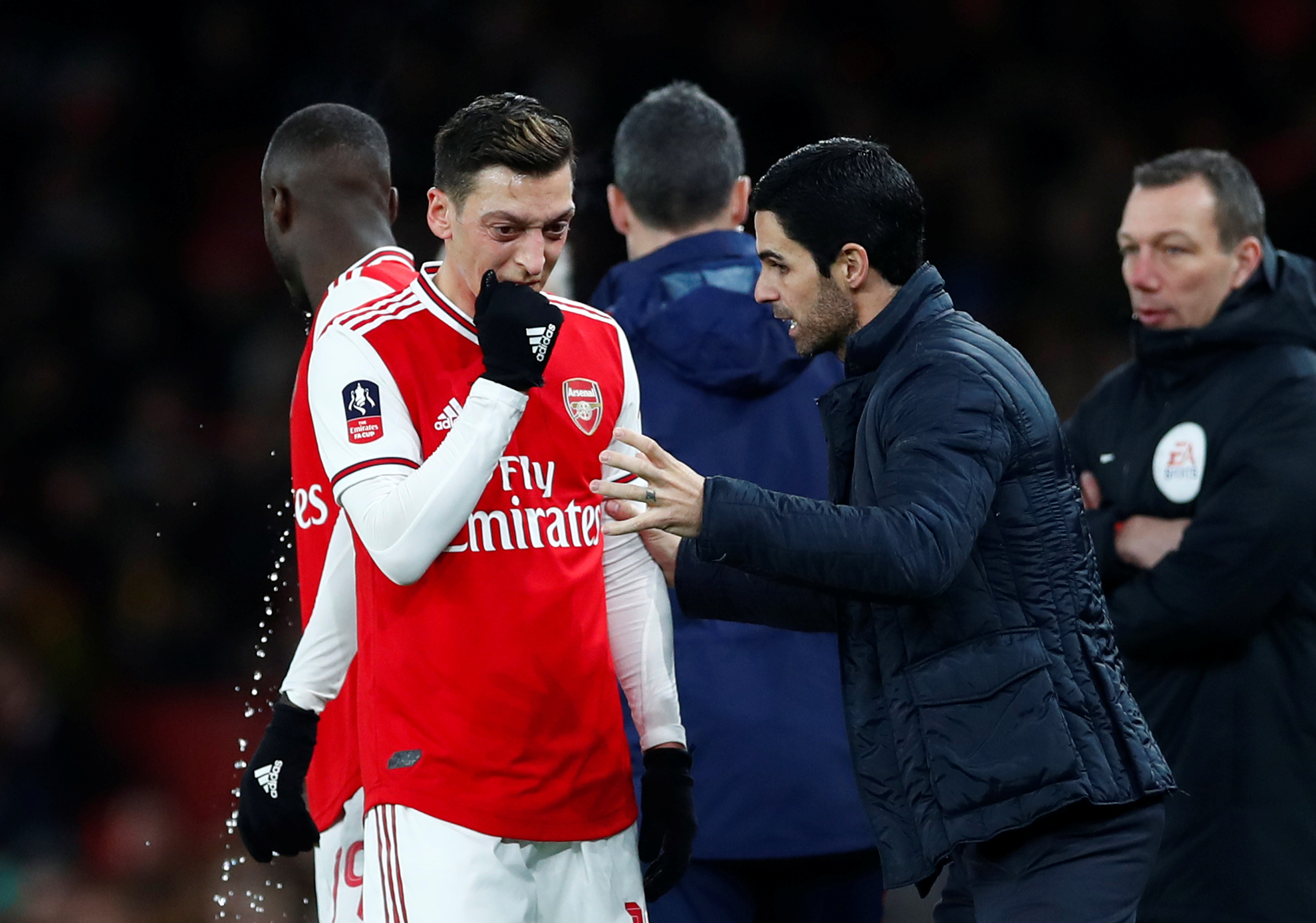 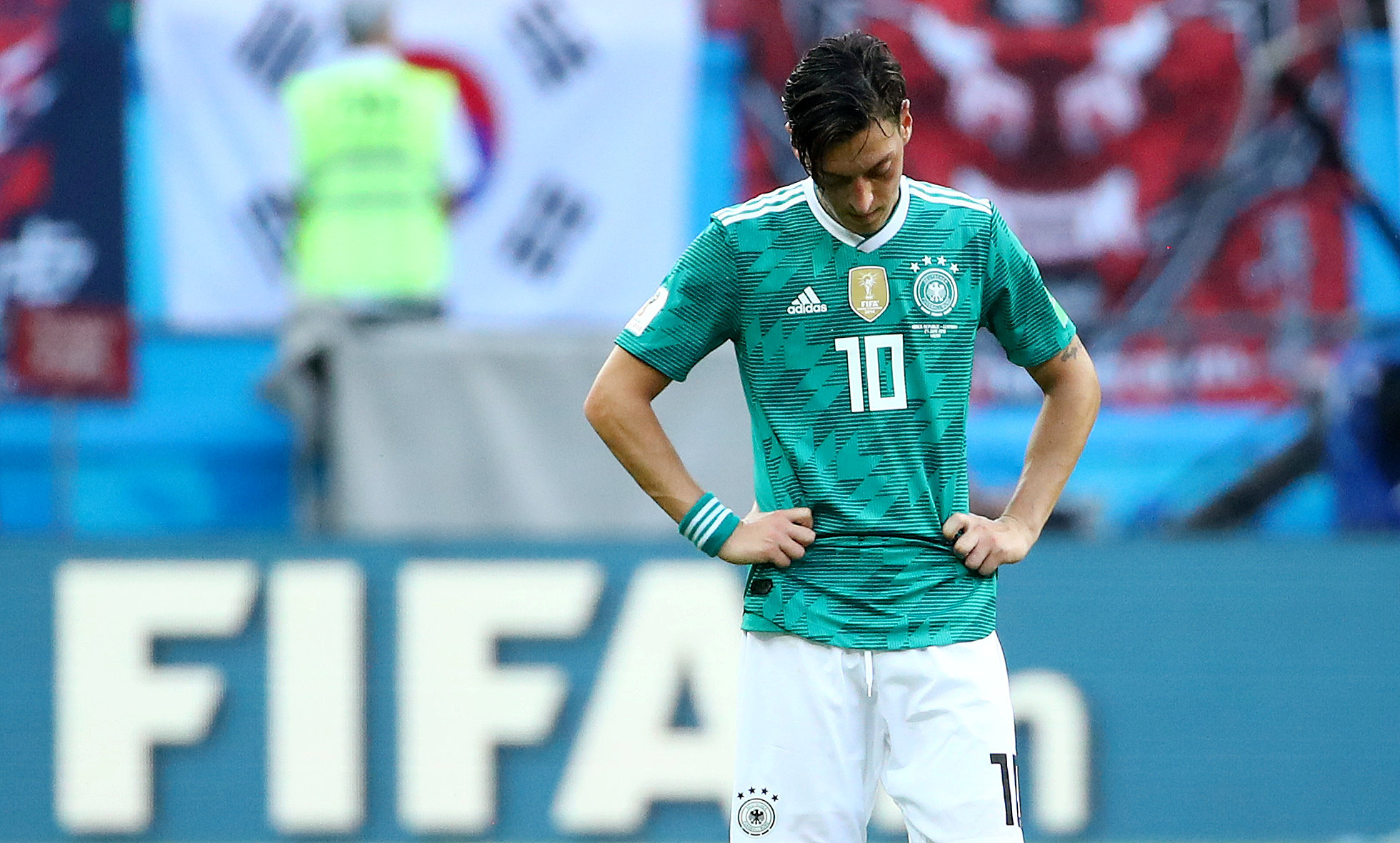 Ozil had been linked with a move to America, where he been offered the opportunity to open soccer school schools, as well as launch his coffee brand 39 Steps with a transfer to DC United.

But, if reports from Turkey are to be believed, Fenerbahce will be his next destination.

Should it happen, it will be the best move for Arsenal, Fenerbahce and the player. And Ozil might just fall in love with football again, with a team that loves him back. 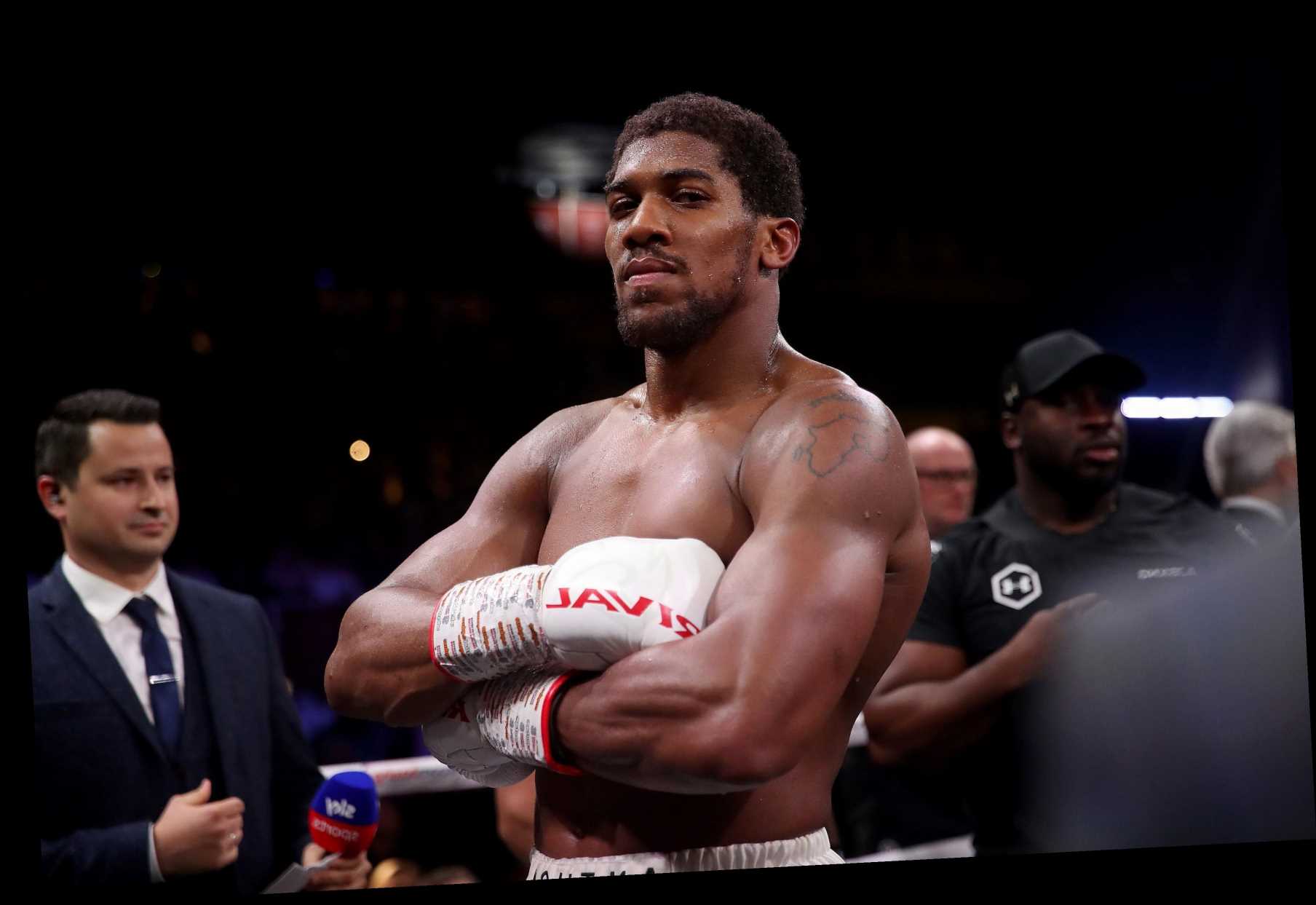