Home » Sport » The ones to watch: Ten athletes to keep an eye on at the Tokyo Olympics

The ones to watch: Ten athletes to keep an eye on at the Tokyo Olympics 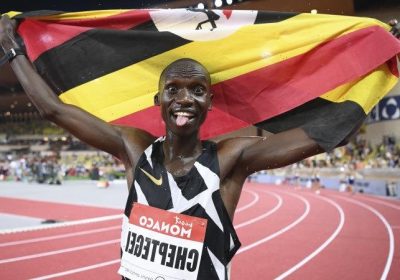 The Tokyo Olympics are due to begin on July 23. Here are 10 international stars you should look out for once competition is underway.

Event: Softball
Country: USA
Why you should know her: You can call this lefty pitcher the million-dollar arm. Abbott signed a historic six-year deal with the Scrap Yard Dawgs in 2016 worth $US1 million, thought to be the highest salary paid by a professional women’s sports team in the US. She and her teammates quit in 2020 in protest over a tweet from the owner in the wake of George Floyd’s death. She also plays professionally in Japan. A dominant pitcher in college from 2004-07, Abbott set a strikeout record that still stands today. She won silver the last time softball was played at the Olympics, in 2008, where she also pitched the first perfect game in Olympic history. With multiple World Cup and world championship titles under her belt, Abbott quit international softball in 2010 but has been back since 2018 and has gold in her sights. 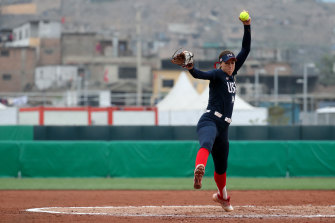 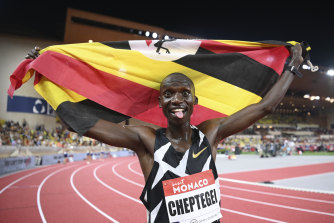 Event: Women’s gymnastics
Country: USA
Why you should know her: Simone Biles embodies everything that we love about the Olympics. The US gymnast is a generational talent who continues to land new tricks that no one before her completed, while she has also been a beacon to those gymnasts abused in past generations after speaking out about her own sexual abuse. At 24, Biles is looking to add to her four gold medals and a bronze from Rio with another stellar display in Tokyo, watch out for her Yurchenko double pike vault which she debuted in May as its a move no other woman has ever landed.

Event: Women’s swimming
Country: USA
Why you should know her: If you don’t already know Katie Ledecky’s name then you must be new to the Olympics. The five-time gold medallist is entering her third games and remains the gold standard for female swimmers. But the 24-year-old is coming off a different preparation to previous games as she barely competed in 2020 before roaring through US trials to win a number of events. All eyes will be on the 200m and 400m freestyle, which Ledecky won in Rio but this time has Australian Ariarne Titmus recording times within reach of the world record. Those races will be appointment viewing.

Event: Skateboarding (Park)
Country: Great Britain
Why you should know her: Born in Japan and representing Great Britain, this 13-year-old skateboarder will become Team GB’s youngest ever Olympian when she competes in the Park event, that’s the one where skaters fly out of bowls and complete tricks in mid-air. Brown is the No.3 ranked woman in the world but had to recover from a fractured skull and broken left hand and wrist following a training fall last May in California. But Brown has recorded some impressive results this year, don’t be shocked to see her tidy frame standing on the podium.

Event: Men’s Judo (heavyweight)
Country: France
Why you should know him: This French judoka has claimed medals in the last three Olympics including golds in both London and Rio, with his eyes now on yet another first place finish in Tokyo. The 32-year-old is 208 centimetres tall and powerfully built but displays the swift, brutal throws and takedowns that Judo is celebrated for. He has been a fixture at world level for over a decade and has only been beaten nine times in elite competition and he claimed gold at the Judo World Masters in Dubai in January, showing he is still capable of claiming gold this year.

Event: Track Cycling (Keirin)
Country: Malaysia
Why you should know him: The ‘Pocket Rocketman’ became a national hero in Rio when he won his nation’s first summer games medal with a bronze in the men’s Keirin. In a competition based as much on racing and tactics as speed, Awang would love nothing more than to upset the power nations in claiming gold in Tokyo. Awang will be taking on some of fastest race-riders from the biggest cycling nations, yet he won’t take a backward step. Anyone who underestimates the Malaysian star will get a pirme view of his back wheel.

Event: Men’s basketball
Country: Slovenia
Why you should know him: Doncic is a prodigious basketballer who was named MVP of the EuroLeague as a teenager before moving to the NBA, where he has become one of the league’s superstars with the Dallas Mavericks. Doncic can pass, shoot, and wow in the same ways we have seen from Kobe Bryant, Larry Bird and LeBron James. Doncic willed his nation into the Olympics via last-ditch qualifying with a triple-double in their last game. If he repeats those numbers in Tokyo, he could lead his tiny nation to a medal. 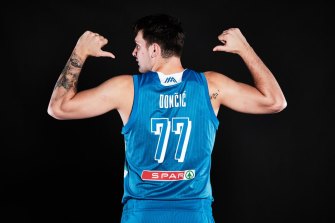 Event: Men’s rugby sevens
Country: Fiji
Why you should know him: Rugby is a foundation of life in Fiji and Tuwai will captain the nation as they look to claim back-to-back gold medals in the men’s sevens in Tokyo. Tuwai was the world player of the year in 2019 and remains one of the most consistent performers in the game. Tuwai is a veteran of the sport but he will be primed to perform as his side faces stiff opposition from a number of established and rising nations in Tokyo. Fiji’s powerful yet playful form of rugby is fun to watch at the best of times, and Tuwai brings out many of the best traits of that style of play.

Event: Weightlifting (75kg class)
Country: Spain
Why you should know her: Valentin has a full podium of medals after gold in London, silver in Beijing, and bronze in Rio. At Olympics number four she is aiming to double up in the 75kg class, why not make it another gold? The 36-year-old also works to inspire more women to enter and thrive in ‘manly’ sports like weightlifting. Her Instagram account allows fans and aspiring lifters to watch how she prepares herself for competition, and Valentin isn’t certain this is her last games either. She plans to keep lifting and competing for as long as she can.

Sports news, results and expert commentary. Sign up for our Sport newsletter.