The Rich Get Richer With Nets’ Signing of LaMarcus Aldridge 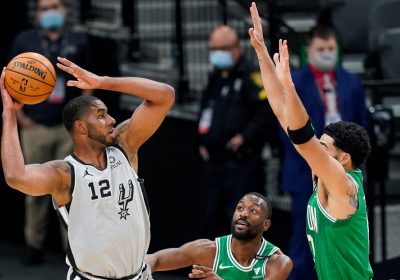 On Sunday, Nets guard Bruce Brown learned from a reporter on a post-practice video conference call that his team had added LaMarcus Aldridge, the seven-time All-Star center.

Brown looked off camera, muttered an expletive and then when it was his turn to speak, couldn’t contain a smile.

He was right. But he would have been right even before he was told about Aldridge. Entering Monday’s matchup with Minnesota, the Nets are 17-3 in their last 20 games — mostly without Kevin Durant, who has been sidelined with a left hamstring injury. Kyrie Irving has missed six of those games, too, and the Nets have gone 4-2 without both Irving and Durant in that stretch. (Irving is expected to return against the Timberwolves, while Durant’s return date is unclear.)

Most teams would struggle staying afloat without two of their best players. Take, for example, the Los Angeles Lakers, probably the Nets’ biggest rival to contend for a championship. Since losing LeBron James to an injury earlier this month and with Anthony Davis having not played since Feb. 14, the Lakers have gone 2-4.

This is what makes the Aldridge signing even more remarkable for the Nets (31-15). Just last season with the San Antonio Spurs, he averaged a productive 18.9 points per game on 49.3 percent shooting along with 7.4 rebounds a game. The addition comes weeks after the team signed Blake Griffin, 32, who had been bought out of his contract by the Detroit Pistons. Griffin and Aldridge made an All-Star team as recently as 2019.

“I can only make a guess right now how it’ll play out, but we’re excited to have options and depth and we’re in a better position today than yesterday because we have more depth,” Nets Coach Steve Nash said Sunday.

The Nets added the players to what is already one of the most talented teams in N.B.A. history because of their top three players — James Harden, Irving and Durant. Harden and Durant are former most valuable players, and Harden, 31, is a contender to win another one because of his elite play this season. In total, with the Nets signing Aldridge, 35, Nets players have a combined 41 All-Star appearances. 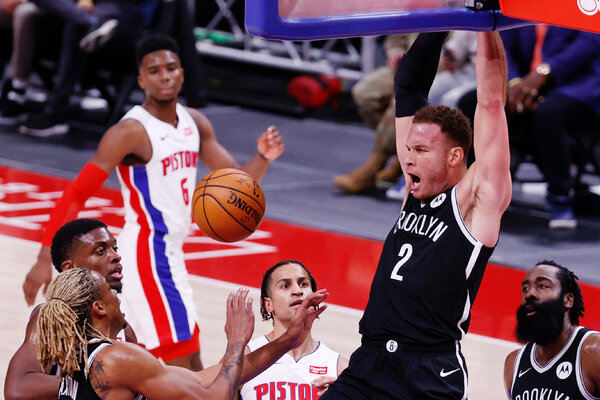 The embarrassment of riches has gone beyond that of the All-Stars. Brown, Jeff Green and Joe Harris aren’t the household names that their marquee teammates are, but each has had one of the best years in his career. Nicolas Claxton, a second-year center drafted by the Nets in the second round, has also turned out to be a find.

The Nets aren’t guaranteed to win this season’s N.B.A. championship. But at this point, the only reason they would not is because of serious injuries, which is what happened with the 2018-19 Warriors. They lost both Durant and Klay Thompson in the finals, and Golden State still managed to come within two games of swiping the championship from the Toronto Raptors.

For the Nets, meshing all these players together might be a challenge in a shortened season. Maybe. But it hasn’t been yet, and there’s no reason to believe it will be an issue. Over all, the Nets are 31-15 after a slow start to the season, placing them one game back of Philadelphia for the best record in the East and three and a half back of the Utah Jazz for the best record in the league.

Veterans chasing a ring — the practice of experienced players maneuvering to play with teams that are championship contenders — has long been a staple of the N.B.A. One of the most prominent examples is when Gary Payton and Karl Malone signed with the Lakers before the 2003-4 season. Payton was 35 at the start of the season and had just come off making his ninth All-Star team. Malone turned 40 shortly after signing with Los Angeles and was coming off a solid season with Utah.

The campaign did not exactly go smoothly. Malone was hampered by injuries. Payton expressed unhappiness with his role. Kobe Bryant and Shaquille O’Neal openly feuded with each other, as recounted in Coach Phil Jackson’s book, “The Last Season: A Team in Search of Its Soul.” And even still, the Lakers made the finals before being upset by the Detroit Pistons. Malone was hobbled in the finals because of a knee injury. If he wasn’t, the series might’ve ended differently.

Usually ring chasing is done by veterans at the end of their careers. Malone played only one season in Los Angeles before retiring. Payton signed with the Miami Heat before the 2005-6 season, came off the bench for most of the season, and won his championship as a 37-year-old. Other examples include center P.J. Brown, who came out of retirement at 38 to sign with Boston during the 2007-8 season and helped the Celtics win a championship.

Aldridge and Griffin’s signings with the Nets are not your typical examples of ring chasing by veterans, but they could serve as an indicator of where the league is headed, especially as “superteams” — top stars partnering with each other — have become more prevalent in the last decade. League observers saw this in 2018, when Golden State added a 27-year-old DeMarcus Cousins to a loaded roaster of Durant, Thompson, Stephen Curry and Draymond Green. The Warriors had already won two championships. (Cousins was injured much of the year and playoff run, and didn’t play well in the finals.)

Sometimes ring chasing veterans work out — like Brown, who hit crucial shots in Game 7 of the Eastern Conference finals to get the Celtics to the finals. Sometimes they don’t, like Cousins, who after suffering an Achilles’ tendon injury with the New Orleans Pelicans before joining Golden State hasn’t been the same since and is currently not with a team. But mostly they’re not relied upon enough in a serious way and rarely make a huge difference. In the case of the 2003-4 Lakers, they needed more production out of Malone and Payton.

The question — if there is one — is whether Griffin and Aldridge will be comfortable with not being needed the way they were with their previous teams. Are they OK with not playing some games if the matchup dictates it or sitting in fourth quarters?

Is there value in ring chasing if you are just one of several cherries on top of an oversize, scrumptious cake? Well, in the N.B.A., perhaps there is. In a league where validation for stars is almost entirely — and unfairly — dependent on the number of rings they win, a championship is a championship. (In how many TNT segments has Shaquille O’Neal brought up the number of championships he won — four — compared with that of his co-host, Charles Barkley, who never won one?)

For Griffin and Aldridge, two borderline Hall of Famers, a championship is missing from their résumés. It may be the difference between making them slam-dunk picks for enshrinement or keeping them on the outskirts like Chris Webber, who is not in currently despite having five All-Star appearances and being one of the best forwards in the league in his prime.

The Griffin signing has already paid off. In 20 minutes on Friday against the Pistons, he scored 17 points, his third highest point total of the season, incensing fans of his former team who wondered where that production had been all season.

It’s unknown when Aldridge will join the team or what his role will be when he does. Like Griffin, he’s known more for his scoring than his defense or rebounding ability. The Nets have the best offense in the N.B.A., so the two aren’t exactly filling a need.

But they don’t have to. If the Nets ended up needing Griffin and Aldridge to give them significant production, that means something has gone wrong. They are stars signed to be insurance policies for the other stars. It’s nice work if you can get it.