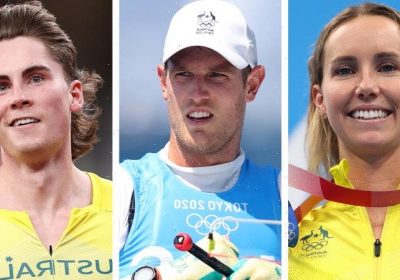 Two silver medallists from Georgia have been expelled from the Toyko Olympics after leaving the athletes’ village to go sightseeing.

According to Kyodo News, judo athletes Vazha Margvelashvili and Lasha Shavdatuashvili were stripped of their accreditation after officials became aware of the breach. 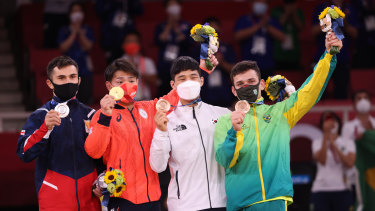 They have since left Tokyo.

The restrictions on athletes forbid them from leaving the village except to train or compete.

Tokyo Olympics 2020 spokesperson Masanori Takaya described the breach as “egregious” at a press briefing on Saturday.

“We took away accreditation as we believe going out of the Athletes’ Village for sightseeing is something that should not happen,” he said.

Tokyo has again posted a record number of COVID-19 cases with 4058 infections announced on Saturday.

It marks the first time since the start of the pandemic COVID-19 cases have reached 4000 in the Olympic host city. The Japanese government also announced a record number of COVID-19 cases for the entire country on Saturday, with 12,341 positives.

The figure marks the fourth day in a row with record numbers for the nation.

All of the Australians in action today 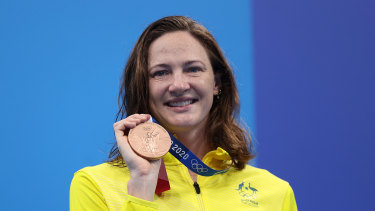 Cate Campbell is striving to add to her medal tally.Credit:Getty

Golf: Cameron Smith is five shots off American leader Xander Schauffele heading into today’s final round. Play begins at 8.30am.

Equestrian: Eventing Cross Country is on today from 8.45am.

Shooting: Sergei Evglevski will attempt to go through in the men’s 25m Rapid Fire Pistol qualification rounds from 9.30am. 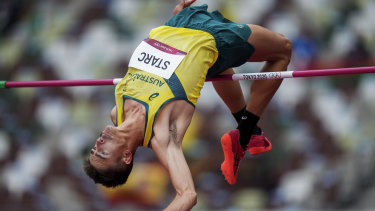 Athletics: The morning session begins at 10.10am. Featuring today are Genevieve Gregson, Amy Cashin and Georgia Winkcup in the first round of the 3000m steeplechase; Brooke Stratton in long jump qualifying; and Alex Beck and Steven Solomon in the 400m heats. In the evening session, which begins at 8.10pm, we’ll see Brandon Starc in the high jump final, Browning in the 100m semis; Liz Clay in the 100m Hurdles semis, and Peter Bol, Charlie Hunter and Jeff Riseley in the 800m semi-finals.

Hockey: The Kookaburras play their quarter-final against the Netherlands at 1pm.

Table tennis: Fan favourite  Jian Fang Lay leads the women’s team in its preliminary round against Germany at 3.30pm.

Sailing: Races begin at 1.05pm. Up today is Jake Lilley in races 9 and 10 of the Finn class; Matthew Belcher and Will Ryan in races 7 and 8 of the 470 class; Monique de Vries and Nia Jerwood in the 470 class; Jason Waterhouse and Lisa Darmanin Foiling Nacra 17 mixed: Mara Stransky in the women’s laser medal race; and our gold medallist-in-waiting Wearn in the men’s Laser final race.

Diving: Esther Qin is in the women’s 3m springboard final from 4pm.

Beach volleyball: Australia’s Mariafe Artacho de Solar and Taliqua Clancy take on Xue Chen and Wang Xinxin in the round of 16 at 10pm.

Welcome to day 9 of the Tokyo Olympics

Sam Phillips here to take you through live coverage of day nine Tokyo. I’ll be joined by Michael Chammas shortly. 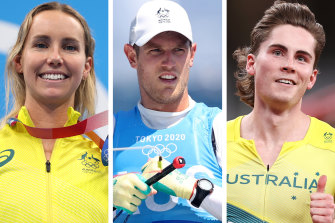 It’s day nine of the Tokyo Games – and the last day of what has been an absorbing swimming meeting which has seen Australia win seven gold medals – just one short of the record haul in Melbourne in 1956. And while a swimming team record beckons, so too does history for Emma McKeon, who has five medals so far at her second Games – two gold and three bronze. She’s up in the 50m freestyle final and 4 x 100m medley relay this morning.

No Australian athlete has won more than five at the same Olympics, with Shane Gould (1972), Ian Thorpe (2000) and Alicia Coutts (2012) all managing the feat.

This evening on the track we’ll be cheering on Rohan Browning after his stunning qualification for the men’s 100m semi-finals. The semis are at 8.15pm and final at 10.50pm.

And Laser class sailor Matt Wearn needs to only complete the course to win gold today, holding an unassailable lead. He is up at 3.33pm.